Hi, people who still mourn Oberyn‘s dashingly good looks getting perma-ruined last week.  My name is Orestes P. Xistos and I’ve upgraded my position in this Shithole of a Website (TM) called Sloucher. Once I reviewed singles & EPs, I now write about a show that is basically 50 Shades of Grey for bros/lads/patanes.

Hey, the editors at this place allow me the occasional Monty Python reference and I get away with reminiscing my days as a Dungeon Master. Like last week when The Mountain rolled a natural 20 and with all his bonuses (bonii?) was able to do a called shot to Oberyn‘s mug and smash it up (Offspring style!) . I know a couple of DMs who wouldn’t allow that, but it’s the sort of assholes that don’t allow for players to be Ranger/Cleric dual class. So fuck ’em, let’s play this by house rules, even if it seems it’s House of Lannister‘s rules. Which is very grim for our lovely Tyrion. Oh, well, maybe some enterprising Mage (lvl 5) can cast Transmute Rock to Mud and spring Our Beloved Dinklage out of prison? Is Wentworth Miller doing anything? Can’t we cast him as another lost Lannister brother? Howzabout he guest stars as Orson Lannister? That could work? “Hey guys, I faked my death ‘cuz I needed to spring that pudgy dude from Blade Trinity!”

C’mon, you know it’s believable ‘cuz no one would honestly accept they’ve seen Blade Trinity. Not even the cast accepts filming  Blade Trinity. “Sure, Mr. Jason Lee lookalike Ryan Reynolds, you weren’t in Blade Trinity… Although I don’t believe your story about your clone starring in that crappy Wolverine movie.”

Sorry, for a minute there, I lost myself, I lost myself.  Repent your sins, crack open a beer (or the head of any Stark near you) and read my spoilerific and inaccurate take on tonight’s episode, The Watchers on the Wall:

We start with a frank talk between Jon Snow and Samwell Tarly. The subject is obviously sex. So before Jon ends up telling Samwell that sex is like sticking your fingers in warm apple pie, he just storms off saying he isn’t a poet. Hey, Bukowski wasn’t really a poet and wrote the best poetry I’ve read. You know nothing about poets, Jon Snow, although you know more about sex than Samwell, me and 75% of the viewership of this show. Point is yours.

We jump to the Wildlings singing Kumbayah and making cannibal s’mores by a campfire. Here, an obvious bald virgin tries to bully Ygritte Merida because he knows Jon spent some time in “the cave.” Man, these Wildling chieftains, eh? Anyways, Merida the Cannibal says she will personally kill anyone trying to kill Jon before she can because, fuck Jon, he left her without even a kiss goodnight and he never called back and the motherfucker put his status as “single” in Plenty of Kraken. Men suck.

Incidentally, does anyone think the Wildlings are Game of Thrones‘ response to Firefly‘s Reavers? Meanwhile, in plain sight of the bloodthirsty cannibals that are ready for action, Gilly and the baby slip by. IN PLAIN SIGHT. They can see her, they have to. She’s right there, you dolts! She even freezes, looks at you, flashes a breast, does a Churchill V-sign, breakdances and goes away.

Anyways, Samwell is in the library, looking at a copy of Everything You Always Wanted to Know About Sex (But Were Afraid to Ask) and Aemon Targaryen talks about how he left everything because he fell in love with some girl. It doesn’t seem to have ended well. Still, he rubs in his face that he’s had poontang and Samwell hasn’t even got a snog from the Lalla Ward looking gal.

So Samwell hides his Lalla girl & the baby in the food fridge, just besides Jack Nicholson (The Shining!) He kisses her and promises he’ll be back alive. PLEASE, Samwell, you imbecile, didn’t you see Scream? You never say “I’ll be right back!”

Anyways, the Battle of Black Castle starts and the Wildlings‘ plan is to sandwich the Crows between a contingent of Bald Cannibals (and the red haired Ygritte) and a bunch of CGI blobs (including two giants and a woolly mammoth.) The attackers know they have the advantage because they have counted how many Crows are at the castle and they know they are crestfallen. Yes, you could say they have been Counting Crows….

Mr Jon Snow and me / tell each other fairy tales

That pun…look, I’m stressed and depressed. Let me have that one.

So the battle starts and those dumb ass Crows have just the worst archery skills I’ve seen. They have worse aim than Stormtroopers! A lot of knave bashing, decapitating and violence ensues and… uh, that’s most of it, really. There’s a couple of cool things happening in this very dark, dimly light fight. Stuff like the Crows dumping explosive barrels, Donkey Kong style. Or a big scythe mowing some really stupid siegers. And a wolf having a nibble at some bereft-of-life cannibals.

There’s a couple of surprises too. Ser Alliser stops being a prick to Jon Snow and issues a “non-apology apology” about not believing him. Sadly, since he agrees with someone closely related to the Stark family, he promptly gets injured. Pyp gets written out of the series as he gets an arrow through the neck, with Samwell stupidly telling him “he’ll get better.” The bald cannibal prick almost kicks Jon Snow into Stark heaven but he gets into a  “nail in the head” situation. Then Ygritte gets shot by Cupid Boy there, but since George R. R. Martin hates Valentine‘s as much as us single people, she promptly expires, not before telling Jon Snow that they shouldn’t have left “the cave.”

Am I missing some obvious innuendo?

“You shouldn’t have left the cave, Jon Blow.”

“I will always remember the cave.”

CARRY ON, JON SNOW. Thanks, I’ll be here all week.

Sadly, it was a pyrrhic victory, as both the giant and the Crows die in the tunnel.  Dammit, I wanted an anniversary tour of August and everything after. Oh, well. The battle is over and Jon Snow tells Samwell that he will go CIA on Mance Rayder. His plan is to leave beyond the wall, find Mance and kill him. Jon, babe, you are not Liam Neeson. Please don’t leave your sword and get some food or take your wolf or … ah, sod him. What matters is that Samwell made it through the night, 86ed some asshole with a crossbow bolt and went back to Gilly, so he’s officially this show’s Neville Longbottom. Which is just fine. Have you seen how much of a stud Matthew David Lewis is? DAYUM.

So, ah, Battle of Black Castle was terrible… 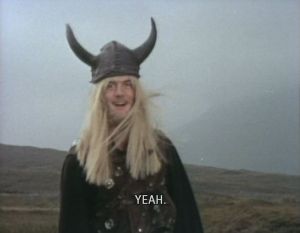 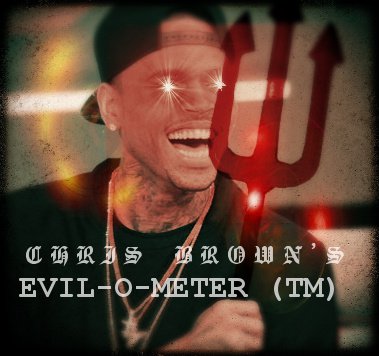 No sex, no nudity nor Random Acts of Violence against women and children (TM) but we get:

-A hammer to the head…

-A wolf being fed spoiled villains.

-Crossbow bolts to the head.

-Arrows to the neck.

Fuck this cheap, senseless bloodshed. Mr. Dinklage, you’ll have to take care of your legal issues soon or

See you next week.