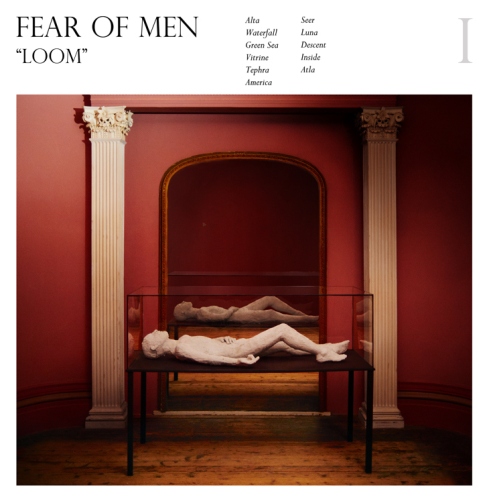 It’s nighttime, time for your twisted, sometimes drunken mind to let it all out. You are hopelessly heartbroken and a lot of (now) useless crap is in your head. So you close your eyes, hoping it all goes away soon. Lights are off. But your subconscious awakens.

With or without sleep by your side, something still revolves around all the mess that you’ve created. All truth from your perspective. All fiction. Who knows? It’s too late now.

Sometimes, some records match exactly with what might happen to you during the chaos of the night. So, what is there to do? Just play them because anyway you’re not going to escape it.

“This is the night, what it does to you(…) I had nothing to offer to anyone except my own confusion.”

Writer Jack Kerouac kind of got ahead to Brighton’s dream-pop based Fear of Men, a band who knew exactly how to utter his words into music this year with their release of Loom, their debut album after some EP’s and Early Fragments in 2013.

Despite the fact of their short career in the music scene, Fear of Men’s sound quality has kept on growing, and so has been their lyrical approach: Darkness and confusion reign after a lost love that sank into nothingness and can’t be taken back, regardless of the desperate cries of vocalist Jessica Weiss.

From the artwork to the whole experience of the sound, the entire essence of the night seems to be compiled in Loom: Most of it was recorded at this time, and their discourse of the core of despair after a big love is just as dark as the witching hour, leaving a small leakage of reckless hope, for when the sunrise comes.