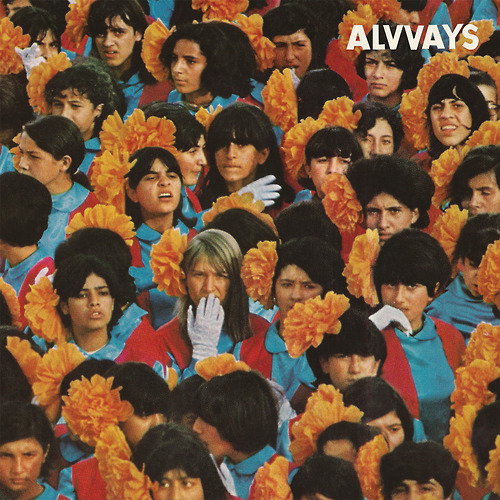 Ha! I saw Alvvays during SXSW and y’all didn’t believe me how good this band is and now y’all talking about them! Figures, dumb luck of mine… Mind you, after 4 months or so I can finally put my finger on what attracted me to the band : I’m reminded of The Sundays. Specifically : Molly Rankin (lead vocals) is a slightly more wistful version of Harriet Wheeler, surrounded by an urgent jangly pop atmosphere. It’s a great combination that makes for a solid début album.

Alvvays self-titled has a repeatability found mostly on pop music whilst avoiding most of the modern takes on pop, sticking to the high wave currently being surfed by the likes of PiNS or C86s veterans Just Handshakes (We’re British). ‘Adult diversion’, the peppy album opener, is a great introductory card to the sound of the band; Alvvays flashes out a bone coloured business card with a Silian Rail font, impressing everyone around.

Now, don’t let the honeysuckle smells deceive you: there are a lot of bitter moments in this album (including a well hidden “fuck”) and there’s more lyrical content focusing in longing and less on bliss. Take ‘Party Police’, a song which by all means should upbeat, but comes as meditative, much like Chastity Belt‘s ‘Seattle Party’ from last year‘s No Regerts. Both songs hint towards sadness without actually being dirge-like.

‘Atop a cake’ is a joyful one, easily my fave of the 9 tracks. If you told me I could bring back to life my old ’86 Citation and drive towards Miramar Beach in Tampico by playing this song three times in a row, I’d buy you the first round of pineapple cups after we arrived there. ‘Adult Diversion’ might be a great calling card, but it’s ‘Atop a cake’ what defines Alvvays bittersweet, peppy sounds.

For my money, Alvvays debut album is a solid purchase for anyone looking for well-written, ambient rich piece of pop rock. It never wastes a moment in leftfield experimentations and it never pretends to be anything else but a good ol’ time.