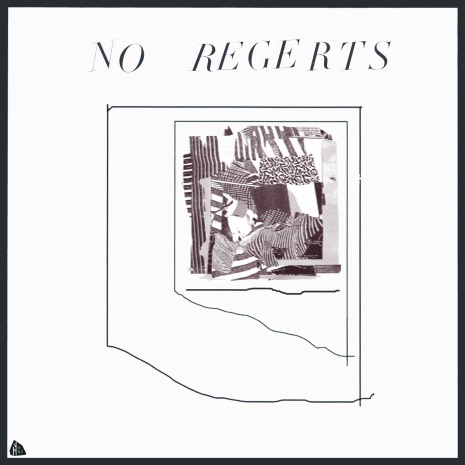 Note: The Storyteller Reviews are born from conversations between the author and another person. Friend, foe or complete stranger, their opinion and life story dictates the reception to new music. All conversations are transcribed and a story is weaved around as a first person narrative. We hope you enjoy this new feature at Sloucher! When I was 14, my 16 year old brother gave me a badly Xeroxed zine that was put together with tetanus-friendly staples and a few huffs of Resistol 5000 glue. Amongst the usual anti-corporate, anti-government and anti-parent platitudes, a small article that listed stuff. It was called “10 things Punks must do to prove they are TRUE PUNKS!“

I guess I could’ve copyrighted the term “listicle” and be a zillionaire by now. Alas, here I am, 32, stuck in a dead end job in the service industry and living in a city where the most popular sky colour seems to be “grey.”

How many pricks do I need to serve pints of pumpkin flavoured , soy milk café con leche until I snap? I sincerely don’t know, but it pays the bills. Between doing my barista magic (froth milk, add syrup, use grains, waste cold water) and nuking linseed cookies, I think about punks. My brother fancied himself as a punk. People thought of him as a punk. But he didn’t seem punk to me. Never wore a Mohawk, never saw him with piercings, never got caught painting graffiti, never wore anything with studs and the only time the cops nicked him was when they thought he was the person who blew up the Plaza de Toros México, back in ’99. I don’t see that many people missing the bullfighting.

I guess the list of what punks must do was wrong. It demanded that if you made music, you should play only three chords, mosh, yell, sing about confrontational stuff and generally be unclean.

Nah, I think both my brother and me fail at all those. I only talk about punk right now because while the store owner has us playing some folk stuff about puritan elves and the green hills of the Pennines, I’m listening on my earbuds to Chastity Belt. Hey, with a name with that I had to check them out.

To be honest, I just stumbled  into them due to Bandcamp. Found No Regerts (not a typo) and I feel that inherent sadness of the music matches my moods down to a T. ‘Black Sail’, the quiet opening track, meditates freely, with a sense of longing that wouldn’t be out of place with the diary scribbling of The Sundays’ Harriet Wheeler.

‘Seattle Party’. Oh, dear, one about this town I’m trapped in. The “bored out of my skull” vocal delivery of Julia Shapiro says it all, as the song seems to admonish “the cool kids” that go to parties to be seen and network with the shakers and the makers. Or is it about just being bored about gatherings in general? I can sympathize with both feelings, I’ve been there. Top guitar work, easily my fave of No Regerts. ‘James Dean’ shakes things up, though, with shouted lyrics that never get too guttural for the ears while still delivering an angry sense of urgency.

Right, that was an order with extra syrup. Enjoy the cavities!

Speaking of cavities, here’s a track called ‘Healthy Punk’. Whereas there’s a clear dominance of guitar in previous tracks, opening duties (and general feelings) come courtesy of a delicious bass line. A quiet sort of mosh, ‘Healthy Punk’ tip toes with steel toed industrial footwear. ‘Nip Slip’ is a funny one, like someone half-baked just asking for “chips and dip”, the song just leaves us waiting for more. It also leaves us with a hankering for a bag of Green Ruffles (I can hear you eating the whole bag, Julia!) ‘Full’ is another loud (as loud as this gets) moment for Chastity Belt. A scream and a loud, distorted guitar are expected, but they never arrive; all emotions are raw enough to dispense from all formalities of the punk genre.

‘Happiness’ reminds me again of The Sundays. Maybe a less sweet version of them, but equally full of sadness and emotional longing. ‘Happiness’ might not have the reverb effects of Space Rock, but feels very spacious.

Agh, I just burned a pumpernickel bagel. Be right back.

Right, that took time but here, in written text ramble land, all was just a sentence away. ‘Giant Vagina’ goes for a B-52s vocal delivery, playing with the way “vagina” is pronounced while still going for a quick punk rock jog. ‘Pussy weed beer’ reminds me of when I arrived to Seattle from México. I just wanted to get lost, wasting away bad memories with two out of the three elements from this song’s title. This song accurately describes those days “take off your pants / just dance / we don’t talk / we’re too fucked up” and I can just say I  regert nothing.

Right, just got caught listening to other music. I guess my co-worker tapped the “independent thought alarm” again. Gosh! I was just getting into ‘Evil’, the last track of No Regerts. Oh, well, summing it up: it’s punk without being punk. There is no need for any loud instrumentation or screams to convey a message that deals with everyday boredom. Maybe Chastity Belt can get you out of being comfortably numb. It certainly moved something in me.

Words by Nadia Quintero, as told to Sam Valdés López.

2 thoughts on “Chastity Belt – No Regerts”