Why do you need new bands? Everyone knows rock attained perfection in 1974. It’s a scientific fact.
— Homer Simpson, “Homerpalooza”

The 20 year aniversary of albums seems to be the order of the day in 2014 and really, who can blame this slew of re-releases when 1994 was a great year for music? It’s a scientifically proven fact. It’s also the year I became a music fan.

I blame MTV Latino for this. You see, I was adverse to music in general due to some issues in the Catholic school I was until June of 1992, so I actively avoided music, until my parents hired another cable company in 1993, because my dad wanted  to see all the NFL games available and the two cable companies we had surreptitiously split the games evenly. When the cable guy came around to install it, he had to stick around for 20 minutes until the signal was ok. Since I was the only one around, he just left MTV Latino (“because you kids like it.“) First video I watched there was Alice in Chains‘ ‘Rooster’ and since the whole Vietnam war fascinated (and scared me), I stuck around. 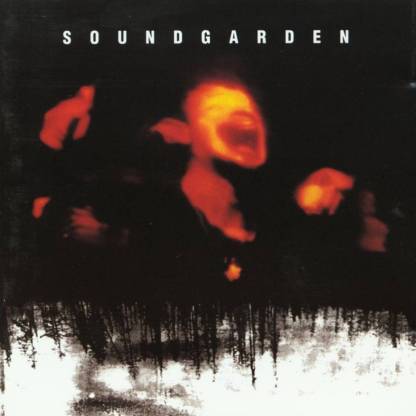 All the music I liked was due to MTV latino and it’s a very long story, so let’s focus on Soundgarden. First time I heard them was thanks to Saint Seiya. A Mexican tv channel had a made-up video for ‘Spoonman’, using fighting scenes from Saint Seiya and I liked it. Then I saw the real video and I got hooked. By the time ‘Black Hole Sun’ became the “not feeling good hit of the summer”, I already had the album, bought at Tower Records (the better record store we had back then – it even sold bootlegs.) The album both scared and fascinated me, as it had sounds I never heard before in my life. Bear in mind I never heard psychedelic music before that and the only two Black Sabbath songs I knew were ‘Paranoid’ and ‘Iron Man’ (both thanks to Smashing Pumpkins.)

Superunknown is such a visual album. From the booklet, with the overprocessed photographs (love the eerie one in the back of the booklet) to the videos, the twisted images the band creates are just gorgeous. I think they did the right thing doing different approaches for videos: the live setting of ‘My wave’ shows how they shows were (and how Kim Thayil likes to splash the camera with beer), the alternate live take of ‘Fell on black days’ is a thousand times better than the one in the album, ‘Spoonman’ gets the stream-of-consciousness lyrics back to life, ‘The Day I tried to live’ is a nihilistic romp and ‘Black Hole Sun’, jebus almighty, that was a freaky video and it has all the right to be a classic video (love the stormy bits with the solo.) Writing this, I just found there’s a video for ‘Superunknown’ and I love the pretty colours.

As much as I love the singles (and they are all great tracks), it’s the deep cuts what really makes the album a stone cold classic. ‘Fourth of July’, with that impossibly hard distortion and pessimistic lyrics (see: Down in the hole / Jesus tries to crack a smile / Beneath another shovel load) describes a mental breakdown just perfect (experience talking here). ‘Head down’ is eerie, with that almost tribal, psychedelic ending that makes the whole trip even fiercer. ‘Fresh Tendrils’ always felt like an ominous romp; the unheeded warning from a friend that will culminate in 6 months or so of daily “I told you!”

But my real magic memory of this album is from December 1994. I was in Tampico, it was dusk and I was in my aunt’s bed, watching MTV and my dad was half-asleep in the back of the bed. ‘Fell on Black Days’ starts and I raise the volume just a little bit. When the song finishes, my dad just says “that’s a very good song.” I think of this moment as special because before that, we never spoke of music before. Sure, we liked to listen to Frank Sinatra‘s greatest hits and Neil Diamond‘s Jazz Singer‘s soundtrack back when I was a kid and he drove me around, but never something “actual”. From then onward, I wasn’t self-conscious of what I heard, as I knew that if it sounded good to him, he would say it. This happened later with Failure‘s Fantastic Planet and even down to making him a fan of dream pop.

So, strange songs, pessimistic lyrical overtones, great musical work and the first musical bonding experience I had with my dad. Of course I fucking love Superunknown.

Never really listened properly to Superunknown the first time round. It came out little under a month before Cobain killed himself, and I got caught up with the whole Nirvana ‘MTV Unplugged‘ thing. I’d been trying to divorce myself from my metal roots, and after a first hearing I’d thought Superunknown was heading back towards the L.A. supergroups I’d rocked out to in my early teens.

It was some time in the early 2000s I actually listened Superunknown properly, and the second listening caught me by surprise. ‘My Wave’ and ‘Fell on Black Days’ in particular. Having sung a bit myself, the power and control of Cornell‘s vocals are truly impressive…and so clean, like a tuned up early Sabbath Ozzy. The guitars too – direct, no flabbiness to them, though with just a hint (!) of AC/DC swagger. I guess what I’m saying is the music was mature in a way I hadn’t expected, or heard the first time round.