For some strange reason, the Bowery has been putting up some great shows as of late. It’s either the coin-op arcade games or the cocktails luring the flies to the proverbial honey, but, yes, the soul-shaped hole that the death of Soyo Live left in us has been slowly filled by The Bowery, Great Gatsby and Bungalows and Bears, who is like the good friend that never went away but we didn’t notice was there all along.

Tonight’s formation was a 2-4-2, at least in bandmembers. 2 bands with 2 people, one band with 4 people and strangely enough, both configurations worked rather well. Manchester racket peddlers Bad Grammar open to a chosen few with their loud brand of rock. It’s not grunge, it’s not garage, it’s just a loud version of what Doves used to do, which is fill out that empty space between band and public with waves and waves of music, creating a sound that conjures the illusion than a larger amount of people are on stage. For a two member band, they have a great sound that fills that space, with the blood-spattered drumming (I saw a plaster fly during ‘Ace Adventura’ – I swear!) and heavy guitar canoodling tenderising our ear canals. An EP recorded at Cleft’s studio has been announced and we wait with bated breath for this. Top 90s garb by both bandmembers, too.

Rumpus I heard of a lot. One of those bands most musicians love and swear by but not everyone else remembers and after three songs I do wonder why is that still a thing, the whole “a band’s band” thing. It’s my first time listening to them and I can’t imagine why they never got more attention, as the solid set packs up the place in one fell guitar sweep swoop. They split and now that they are back, I wonder if they’ll stick around for another album or a couple of more shows for the uninitiated like me to get more into their musical bluster? Their fans, a few well starting that hill called “the 30s”, looked and behaved as if they’ve drank from the Fountain of Youth, as jumping and moshing was dabbled upon. Not for too long, I assume their conditions as British Godínez means that the fiercest moments are a memory now. 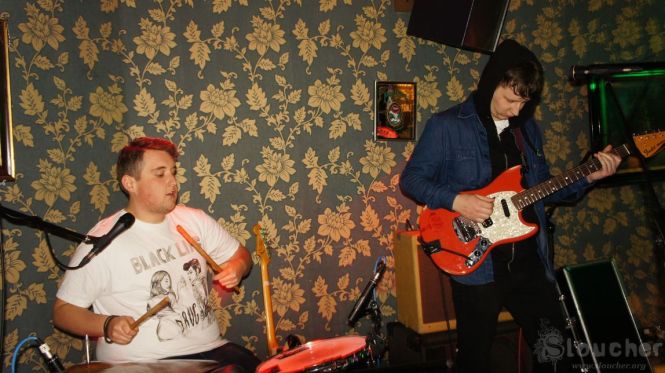 I always associate Brown Brogues to Mazes and Milk Maid, as the first time I witnessed them was as a three-pronged crown of bill 2 years ago at The Harley. Memory was hazy of how were Brown Brogues live, besides the fact that the drummer wants to go Tsar Bomb on the snare drum. Now with more context and with the giddiness that comes of catching up with a band you like, I was even more receptive. Sure, it gets a tad psychedelic at moments, like that green-hued moment in Natural Born Killers when you no longer get what Oliver Stone is trying to convey, but that uneasy feeling is what Brown Brogues feel like: a strange trip through the straight and narrow highway that crosses San Luis Potosí, where the wind carries a tune you once knew and the tribal beats of the Chichimecas still resonates. The stuff from Triflin’ is certainly a keeper, more so in a live setting. 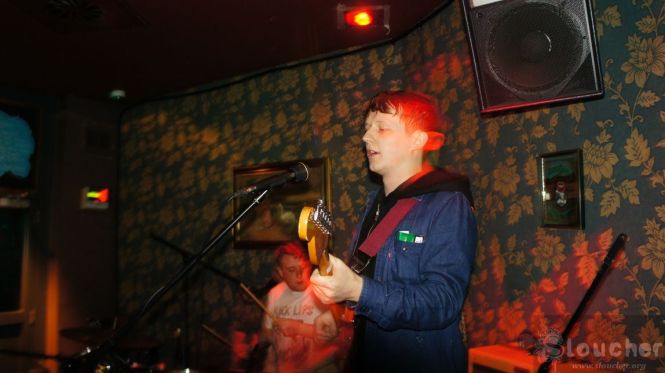 Expansive garage music? Go for Bad Grammar. Underrated and cult experimental rock? Rumpus is your huckleberry. A strange trip with corduroy pants and a penchant for whisky chasers? Brown Brogues, always and forever. The night felt like a chapter from Charles Bukowski‘s Pulp, including a femme fatale. No red sparrows, though.