As a regular gig-goer with the observational skills of a complete creep, I think I am fairly qualified in giving my personal low-down on the interesting breeds you are likely to encounter at your local music venue. Maybe you could print this out and play The Gig bingo next time you go to see that mediocre band that you support purely because they share your postcode. I can ensure a night of intoxication.

These have all the self-confidence of a daring spider hurtling across the living room carpet late at night whilst you’re watching TV unaware  Not to be confused with groupies. Often have eyes on stalks for the Wannabe-Girlfriends. Highly capable of taking on the role of security due to their ability to hone in on potential threats to The Band. However some Girlfriends don’t bother attending The Gigs anymore; twice was enough.

If they’re a bit arrogant, or have had a play on BBC Introducing, they will probably miss the support bands preferring to drink at another venue until their set. Illusion is everything. After sound check they’ll ask where the dressing room is. The Good Bands tend to be sticklers for free booze and snacks. The Less Good Bands mumble amongst each other about not playing this town again. They’ll play at least one song about sex. Lead singer will indulge in some self-deprecating stage banter. After they smash up the stage a bit they might run outside for a fag to await the masses.

Almost certainly going to be wearing a t-shirt from the last record to show how much of a fan they are. Secretly have a gay crush on the drummer. Will make damn sure they’re the first to clap after every song and the first crowd member to buy the singer a drink afterwards. Overly annunciating every word to each song and ignoring their friends. Moves wildly to the music. Will need the toilet but will hold on for dear life for fear of missing their favourite song.

Quite often in groups that match the number of the band. They each have their ‘member’ due to personal preferences of height, hair length, etc. Know all the words to all the songs, yes, even the B-sides. Strict uniform of dresses and heels; extra points for cleavage. Always get drunk at The Gigs. Not entirely sure who Fleetwood Mac are. Must stand at front of stage. Self-respect optional. 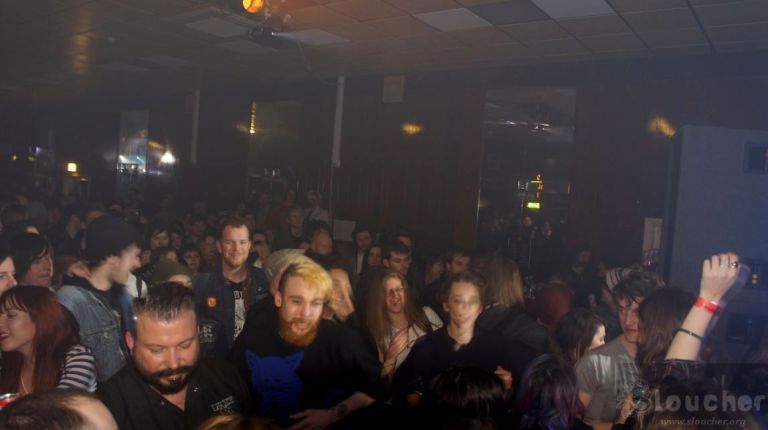 He’s the one propping up the bar and sliding business cards under everyone’s drinks. He’s like a proud dad on match day, but constantly eyeing up the mums. Counting up the money or driving the van. Or complaining about the lack of money and fixing the van. He’s got EP’s coming out of his arse.

You’ll recognise these by the squinting head tilt they do during a guitar/drum solo. A casual lean into their mate to comment on the non-existent bum note; their body language reeks of ‘I could do it better’. Regulatory arm folders and head shakers. Probably won’t clap. Will most definitely buy an EP.

You’re damn right they’re wearing band t-shirts under their North Face jackets. Faces will ache from the perma-grins. Hands will hurt from clapping. Mum will be proud as punch; Dad will still think you should get a real bloody job. They will probably drink too much Fosters and end up sitting down near the back because it’s too loud.

The Mates of the Band

Shout unnecessary comments in between songs in a jovial manner. Quite often put in charge of the merch stand or recording footage to put on YouTube. Will refer to The Band by their nicknames. There for the potential Groupies.

They will piss you off but you will use one of their shots from The Gig as your lock screen background on your phone for the next month. May or may not use flash. Will probably step on toes. No, they will not take a picture of you and your friends.

Will be sweating with nerves and biting their lip. Probably arrive with their girlfriends for moral support and back up. May play very well but crowd will still be talking about what they had for tea. Stage chat will be awkward. They may also surprise people with awesomeness and cause jaws to drop and drinks to spill.