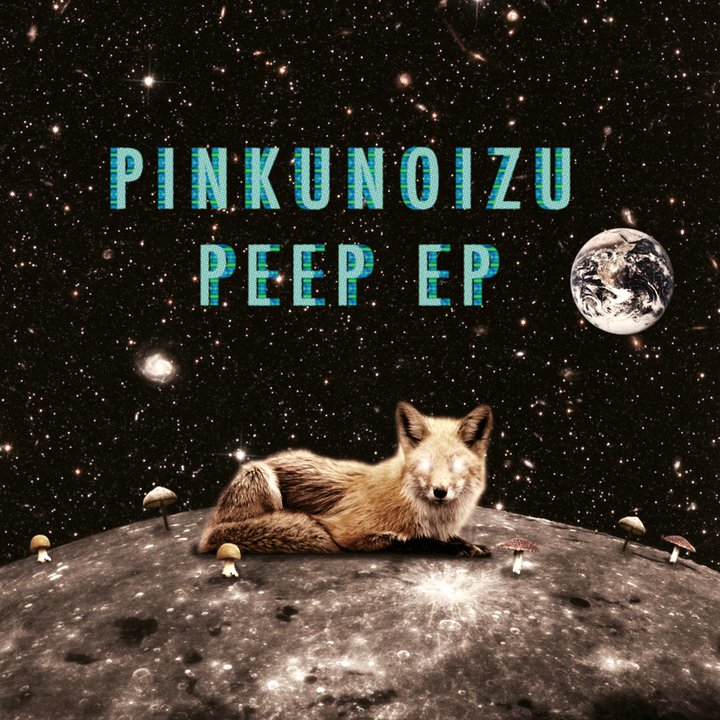 Have you ever solved the Tower of Hanoi puzzle? You have three stacks and you need to pass a certain number of discs (of increasingly smaller diameters) to another stack without putting a larger one on top of a smaller one.

It’s a cool problem and people in logic, maths and programming use it as an analogy (and as a good brain teaser).

Pinkunoizu‘s Peep EP is a Tower of Hanoi. Not only because it’s three songs of very, very different styles piled together in an album with a spacey fox (cool one, btw) on the cover, but also because each song is longer than the one preceding it.

‘Time is like a melody’ is the “safe” song, the smallest round piece that makes Pinkunoizu sound like an experimental electronica band, with a lot of Indie Pop trickery jiggled around to make it quite palatable. The mantra like repetition of “melody” is a taste of things to come.

After a bubbly effect (pretty cool one), we get an inkling that we might be entering an experimental terrain(‘Everything is broken or stolen’). A very retro organ doodles up and down the scales while a droning sound, almost tribal, moves the pace forward. There are vocals, but sound more like the stream-of-consciousness of a Baudrillard-reading spectre than what a human being would be singing. Again, it’s almost droning, building up an uneasy atmophere. The outro is tribal proper.

So, ‘Dairy Queen’, last track, last stack of discs and holey moley, it’s a 10 minute mammoth tackling so many genres that it’s impossible trying to pin them all down. This track could prove a little troublesome if you like your music less experimental; it can feel self-indulgent if it’s not your cup of tea. I did felt jarred with it a few times, but ended up loving it best, but I’ll be the first to sign it as something of a weird experiment. The oriental elements in it make it a tasty treat, though.

So there you, Pinkunoizu‘s EP is like a puzzle and you either enjoy the deconstruction and re-assembly of it or let it slide. If you have the patience for it, it’s rewarding, I certainly got a good experience from it.