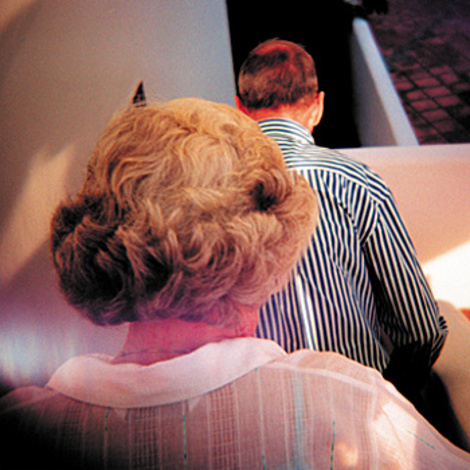 Four months ago, Milk Maid released an album with a name that seemed to be inspired by a genus of plants. It is this picture of a yucca in the desert the one image I preserved when I push play on my mp3 player; the album cover doesn’t display any evident yucca, though.

This Manchester-based band fills their album space with 11 tracks of various and tricky time signatures, keeping echoed sounds as a constant element. I bring about this time signature game as it creates a floating-on-water sensation to then plunge into the unknown secrets of our summer swimming pool, like literally drowning into a net of sounds.

Maybe that swimming pool image came forth in my mind through the retro style the band favors and that can easily bring back our music memory to the early 60’s until early 80’s (yeah, is it hard to label the style of this band!), having certain shades of innocent souls, in the shape of pop-like riffs arrangement, through the Polaroid palette the band conveys via the net of warm harmonies making their tracks. Examples of this description are tracks like ‘Can’t you See’, ‘Dead Wrong’ and ‘Same as What’; the latter is a rather interesting jump in time, as it reminds of the ‘peace and love’ voice and texture.

However, not all in Yucca is Sunday afternoons with your beloved ones, parties and laughs as you take a closer look. Yes! I mean the lyrics. This extremely layered and reverberated effects may cover the lyrics and deceit our understanding (we, English-as-a-second-language listeners, that is) when, out of the blue, we hear about throats cut, arms, and song titles may not seem as friendly as we may expect. This is the kind of resource that may enrich music eventually, as they seem two completely different worlds with merry melodies and harsh words, like vital counterparts in perfect balance.

As we advance into this album, drowning becomes the synonym to this exploration of reverb and synth-like sensations. The high pitched electronic guitars in songs like ‘Oh!’, ‘Kill me again’ and ‘Sad Song’ become virtual quicksand. Even when riffs may sound like rock standards, the motifs that follow each end/beginning of each round are asymmetric and syncopate, giving clearance to guitar impro at times, as in ‘Sad Song’.

The sweet 70’s are included in songs like the closer, ‘Someone you thought you forgot’, a ballad still submerged into guitar distortion, even when the main idea of guitars may seem clean, and then a tambourine (?) and vocals like long and resigned prayers. Track number 9, ‘Back Of Your Knees’ fall again into this description, offering exquisite swirls of the psychedelic guitar touch supported by elemental bass and drums riffs.

‘Not me’ may become the 80’s attendance to this party through time signature and synth-pop wave. In one hand, vocals seem a little influenced by the 60’s main pop, and in the other, the music is the equivalent to n 80’s childhood memory.

Milk Maid becomes tricky when it comes to giving reasons and rationally explaining what they are all about. The main picture I get through Yucca is not a desert, but a sonic experience with structures of songs that could have been written by a time traveler. It’s like The Byrds meeting Grunge, then coming back to the 60’s to make songs with guitar bridges that are yet to be invented in the 90’s.

It is through this raw example that I try to say, don’t you try to explain the style of ‘Milk Maid’, just let go and feel the reverb. You’ll really like it, I know.