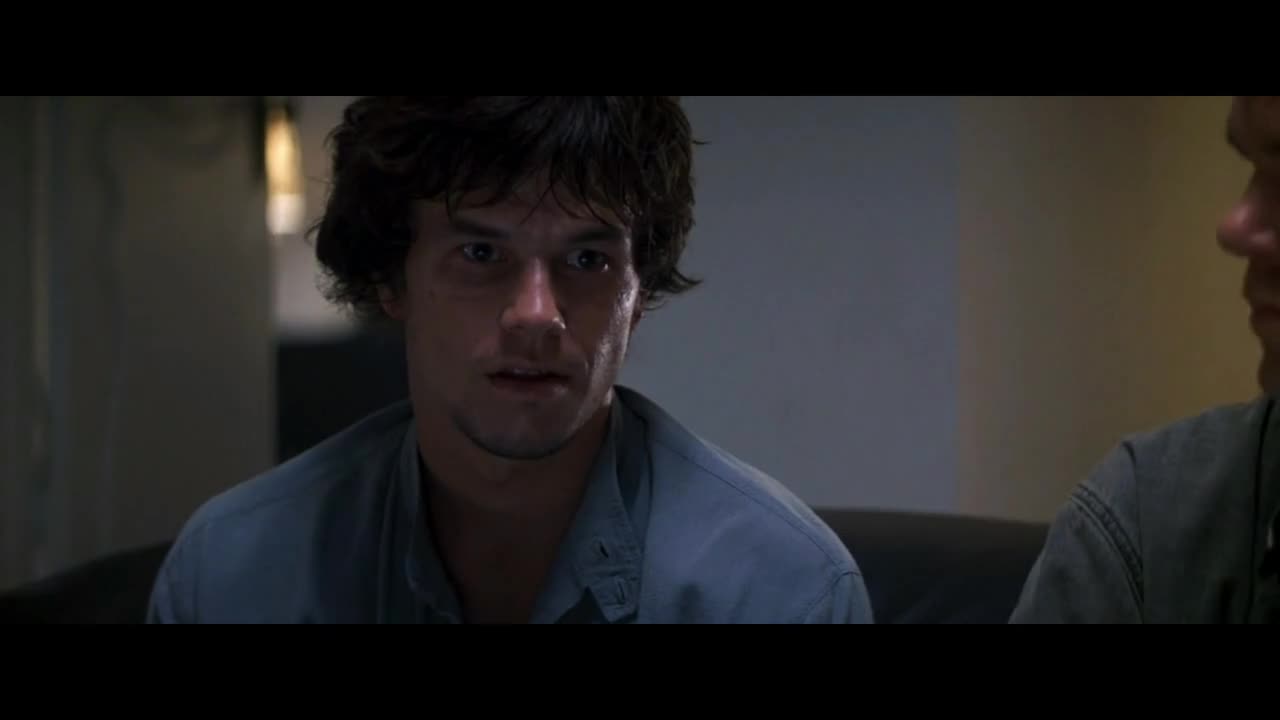 Whew! It’s been a while, I skipped reviewing the past episodes not only because I was saving the world from Salamander aliens that were led by a curiously strange looking Jane Badler, but also because I had writer’s block.

Or is it writers’ block? If it were writer’s block, it would mean only ONE writer is blocked, whereas writers’ block is more of a democratic malaise, a less self-important assignation to this terrible disease currently infecting so many people in this Shithole of a Website (TM) 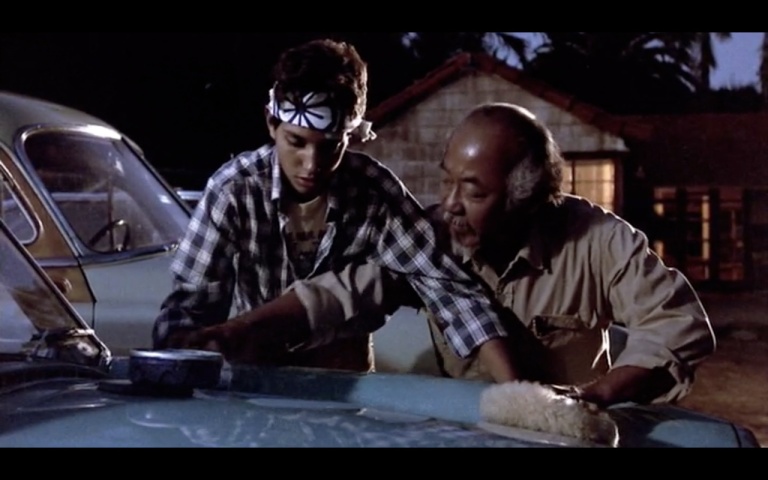 There are other characters, but I frankly don’t give a shit anymore. ON WITH THE REVIEW. So we continue that dashingly cruel cliffhanger, where it seems Grey Worm, aka NotMickey from Dr. Who and Ser Barristan are wounded from an ambush. Except, no, Barristan is dead, kaput and pining for the fjords. Worm dude is a-ok and spends all episode in bed, besides Missandei and he confesses his deep love for her.

Ok. Fuck this. You kill Barristan and let Grey Worm live only for him to confess his love? His as good as dead. And Missandei too. So Barristan is dead, Ser Jorah has been chucked out and Dany is being an absolute bellend, so she summons all the possible suspects, i.e. rich dudes, former slave owners and the like and throws them to the dragons.

Oh, man, one guy gets permafried then split in half, The Lost World style and all those possible “suspects” are terrified. NEVER CHANGE, TARGARYEN, NEVER CHANGE. #DragonPrivilege #WhiteSaviour. Later on, she goes to visit one of these dudes in his jail and not only apologises, she also says she will marry him. I officially believe she’s the most Targaryenest of her family: she’s insane.

MEANWHILE, we go to Brienne of Tarth, who sends message to Winterfell that Sansa should tweet a candle from the highest tower if she needs help. And that’s it. Oh, cheers, Game of Thrones, the one female character that kicks ass you have for ONE FUCKING SCENE. No, really, please, give me another useless sex scene, no need to see more of Brienne of Tarth. No, I’m not being sarcastic. Why watch how Arya is becoming a kickass assassin when you can show us some girl’s nude body? GO AHEAD.

And we switch to Miranda and that guy that looks like Sean Astin. You know, the penis chopper. Ramsay and Miranda were having sex (of course) and now she’s angry because Ramsay’s gonna marry Sansa. So she lures Sansa into the dog pound so she can see Reek. Oooh, you devious woman who previously were fully nekkid a couple of scenes ago!

So Reek tattles to Ramsay the Evil Hobbit and we see a dinner that captures the magic of terrible family dinners. Ramsay is a dick to everyone in the table and after pissing on Sansa’s Corn Flakes (not literally – even he respects Corn Flakes), he gets his comeuppance via Roose knocking up his new wife (not Sansa, sorry, terrible writing abounds in this review.)

It’s actually excellent. Here we have Ramsay mentally torturing Sansa with the presence of Reek//Theon//Lily Allen’s bro, whom she thinks permafried Bran and Rickon. Also present is Roose Bolton, who permabetrayed both Sansa’s brother, mother and soldiers in that lovely Red Wedding. And that little shit Ramsay goes silent when he hears the news that the boy is inside Roose’s wife. Ramsay kinda looks like: 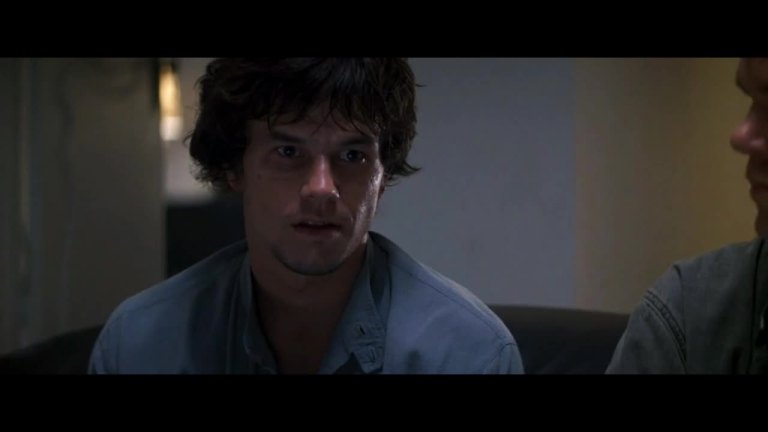 HA HA. Later, Roose is contemplating a map with cool tokens and re-assures Ramsay that the Asshole Gene runs in the family. He mentions Stannis coming around soon, very soon, and when the time comes, they’ll battle together. Their looks kinda hint one is going to betray the other, which wouldn’t surprise me. Anyways, we jump to Castle Black, where Jon Snow’s New Deal (TM) with the Wildlings makes him as popular as David Cameron is in England. Difference is: Jon Snow is making a deal with the devil because there’s ice zombies coming. What is David Cameron’s excuse?

Oh, we’ve gotten political. DEAL WITH IT. Because this episode is clearly gearing towards leaders making hard decisions that have heavy consequences. Dany burns a guy whom she has NO proof whatsoever is guilty, Jon Snow is risking his life, his leadership and a couple of Stannis’ boats trying to get the Wildlings outta Beyond the Wall and back into the North and Stannis is well prepared to go and battle Roose, knowing quite well he’s a bit understaffed and expected. So kudos for that, Game of Thrones.

Anyways, Sam and Maester Oldie Targaryen talk about Dany and books and more things that hint that Samwell will actually do something supercool later. Samwell is asked by Stannis the Mannis about killing White Walkers and he’s referred to the might Obsidian, which we, the descendants of Aztecs, used to 86 the Conquistadores and A LOT OF FUCKING GOOD IT DID – HARRUMPGH!

Wait, I’m Mexican? I wasn’t told of this!

So, we jump to the actual hero of this shitty ass show: Tyrion. He still is in the Love Boat with Ser Jorah of Friendzones and they talk shop. Then we are treated to a pretty nifty looking trip through the remains of Valyria. It’s a pretty great scene if you enjoy ruins of old (like I do!) and we even get a cool Dragon money shot.

And some movement in the back.

A tense fight on the boat (or in the boat, I mean, they are inside but it’s not a closed boat so it’s ON the boat) ensues and the rock-scaley dudes are pretty hard to kill. Tyrion falls from the boat and all goes black.

IS THIS SHOW GOING TO DAVID CHASE US?

Of course not. Ser Jorah rescues Tyrion and now they are about to live the rest of their days in the Blue Lagoon. Jorah tells Tyrion to rest as he goes to search for firewood. What could possibly spoil this beautifully shot scene on a calm beach?

Ser Jorah’s infected. No amount of Nivea’s gonna soften that.

Cue credits. Shit, man, friendzoned and infected with the psoriasis of dead? This show is BLOODTHIRSTY. So, what did we learn, children?

Fuck this show. I’ll be here next week, folks!