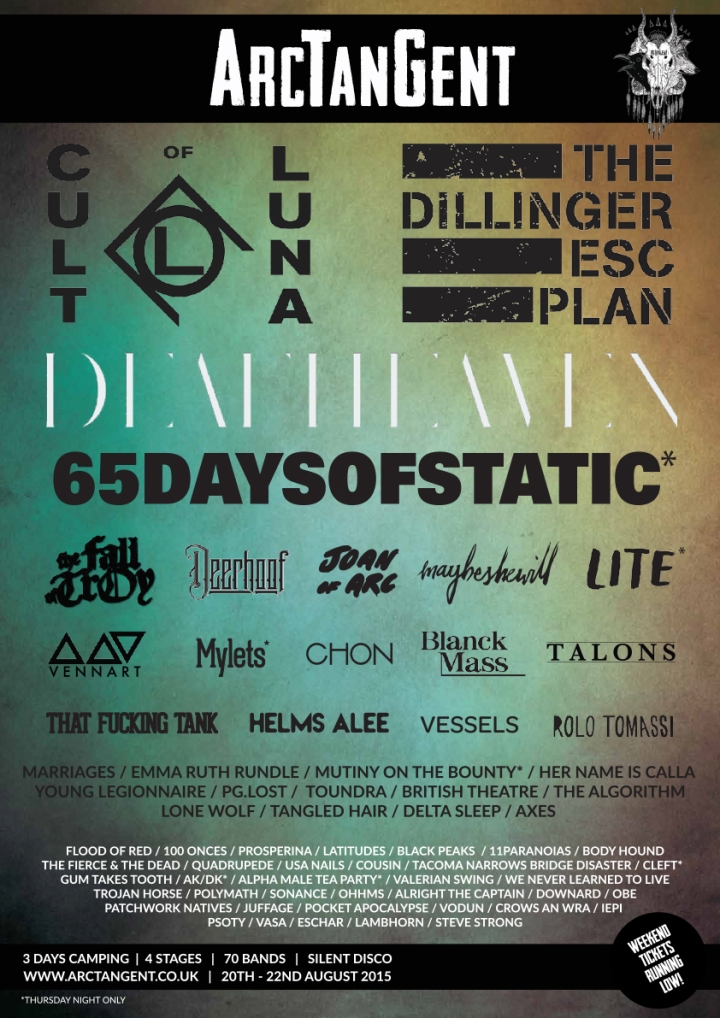 ArcTanGent! It’s a festival that’s been meteorically rising, but instead of shattering like a cookie once it reaches the atmosphere, it’s been gathering strength and growing stronger.

A final addition to the line up has been announced (hence this post, my imaginary friend.) New bands added are Cult of Luna, CHON, LITE, pg.lost, Toundra, Young Legionnaires & PSOTY. Cult of Luna‘s set is a special UK exclusive show, LITE are a festival exclusive, just like the previously announced Deafheaven, Joan of Arc & 65daysofstatic.

Who has been announced already?

You had me at Deerhoof…

Wait, what do I need to know?