Like most of the nice folks in Sheffield, I met Adrian Carter through a combination of Twitter and musicians. The first time we had a long conversation was about Peter Davison‘s stint in Dr. Who. I can’t really recall how much we trashed or lauded the one in the cricket gear, but our usual conversations, whether online or at the earlier times at Tamper Coffee (before the uppity students would crawl from their holes) would steer towards geekier stuff like electronics and comics.

Long time coming, this one, but better late than never. Thanks again to Mr. Carter for this one.

1. Straight out of the bat: how did you get yesen into the world of electronic music?

As a 70’s kid I came of age during the home computer revolution in the 80’s. I was preoccupied with that kind of stuff and as a consequence used to hang out at a place called Just Micro on Carver Street in Sheffield which was a computer games store. The staff used to load up modtracker demos on C64‘s and later Amigas. These were basically coded pieces which demonstrated the graphics and sound abilities of the machines (and the skills of the writer). My interest definitely started there, later I began building my own PC’s and started integrating MIDI stuff and soundcards into them. It was slow going though because it was expensive and I was self teaching. I went on to study at Red Tape Studios in some classes under Rob Gordon and Robin Keech and that sped things up a bit just by having access to the technology.

2. Electronic music seems to get a bad reputation from other members of the music community. What are your thoughts on the “push a button to create music” criticism that gets thrown around as first salvo?

I have seen it less recently to be honest. I would hope people realise there’s more to it than that. But I suppose some people are never going to take the time to find out that’s not the case. I would invite people down to where I record, sit them in the chair and say “Ok, push that button and show me the magic” :)

3. You are quite into remixing, so I gotta ask: what makes you say “I could spin that around a little and giving another flavour!”?

Most often I hear something that I can picture in another context. Usually a vocal, I’ll hear something that I think can be looped or stretched. It doesn’t always work but my instinct for it has got a little better I hope. It’s all about finding a way in, once you have that you’re rolling.

4. On that note, what has been the most difficult remix you’ve done and what’s been the easiest?

A few years ago I did a remix for Radio Scotvoid that got messy but it was my own fault. I couldn’t get the vocal timing right and spent so long on it I lost objectivity in the end it became a dub and rightly so. I backed myself into a corner and a lot of it was down to lack of knowledge. If I was doing the same job again now I don’t think it would be a problem because I’ve learned stuff. I did one for Orbital as well that ended up getting a bit tricky, the vocal was a rapid fire bit of work from Lady Leeshur and that took a bit of fine tuning but that job was nerve wracking because, hey, it was Orbital.

5. Do you hear back from musicians whom you’ve remixed?

Mostly yes. Most of the time it’s either a “yep, that’s good, we’ll go with it” or occasionally “what the fuck were you thinking?” which has happened. I did James recently and they were lovely about the job I did which was nice.

6. You are quite active on social media and on different streaming websites, so, from your experience, what has been the best one and the worst one for you as a musician?

I was an early adopter of Soundcloud when it was in beta and used MySpace in the early days which was quite useful. Now I use most of the usual suspects but mainly they feed back into Soundcloud although I’m not sure how that is gonna pan out in the future now that their business model is changing. Facebook music profiling has been slow going for me (but your mileage may vary) but I would say with all of them you need to tend the garden often and put the work in, don’t expect overnight results. Oh and paid ads are a waste of money in my experience. 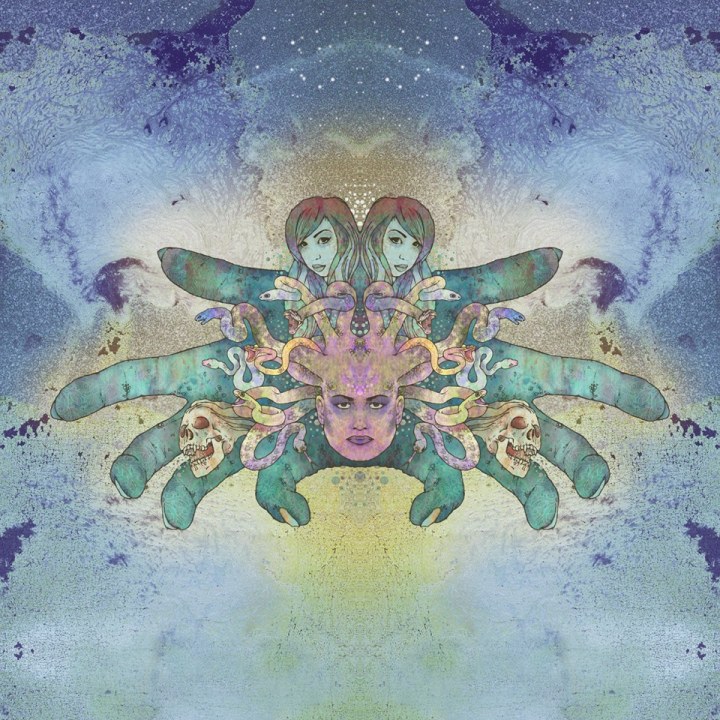 7. Let’s talk about Myths, your recent foray into albums. Why a conceptual album about mythology and specifically, why Greek myths?

It was a drunk conversation in a beer garden with Phil and Rob from AWAL. I had ‘Minotaur’ and ‘Medusa’ done as instrumentals and the idea of a four track EP based on Greek Myths seemed doable. Greek myths are wonderful, it’s a massive pool to drink from and one everyone has some familiarity with whether it be from books or films. Four tracks became six and six became thirteen, word got out and the whole thing just snowballed.

8. The voices were mostly from friends and other Sheffielders, right? Do you feel this sort of collaborative approach helps an album be more successful?

There was a pretty strong Sheffield presence to begin with but I got a little bolder I started asking people further afield. So I ended up with a wonderful mix of voices from all over the world. I like to think it started in Sheffield and weaved its way out around the world before returning home. The last vocal was recorded in Sheffield as I recall.

9. Any experiences you take into further mythologies you might want to tackle?

I’m going to do another one, but I reckon I need two years. It’s based on the myths of Asgard which can be a hell of a confusing read at times so I’m going to have to really work to make the stories legible for this kind of format. That wasn’t an issue with Greek myths because they are self contained and almost write themselves. I have some ambitious plans but I need to work out whether they are practical or not. Myths took a year but it was a year where I had to really hammer away at it to get it all done. Scheduling people to do things on a global basis is difficult because people have busy lives and they aren’t necessarily going to have time to sit down and do voice work for you but I got lucky with the people I chose and those who came forward. They were all enthusiastic and as a team of voice actors and people I think they are all bloody ace. I hope as many as I can get come back for the sequel.

10.Now that Myths has been remixed, how different is the experience to be on the other side of the field?

I came at it like a punter. Remember as a kid when you bought a 12” single of a track you knew really well and you were about to listen to the remixes for the first time? It was exactly like that. I had no idea what people were going to do and I let them have free reign. There were a few occasions when I thought “I wish I’d thought of that” when I heard their ideas.

11. We’ve previously talked about comic books and I wanted to pick your mind about the current estate of the industry. Having been an avid collector, what do you think the publishers are doing right and where are they really screwing the pooch?

There are some wonderful talents coming through in the big houses like Marvel and DC both on the art and writing front so we are seeing some nice little stand alone stories popping up in some of the books. Maybe it’s as I get older but the constant “event” driven books are becoming a little difficult to keep up with and we’re about to see both Marvel and DC do more of them for the next year or so. I miss the relative tranquility of a normal story which doesn’t require you to buy every book on the stand to keep up with what’s going on. It’s difficult to remain connected to what you read in any genre when the characters are wiped clean once every couple of years. Saying that though, I am of course totally falling for the hype around DC’s Convergence and Marvel’s Secret Wars because basically I cannot help myself, I’m a dyed in the wool comics nerd. I’d like to see both houses trim the fat from their lines a bit, there’s too many books right now and some of them I feel don’t need to be around. On the independent front I cherry pick at what’s out there but I’m finding it a bit patchy at the moment.

12. Any thoughts on the plethora of film, animated and tv adaptations of comics?

Marvel for the most part have been delivering some good old fashioned Hollywood eye candy blockbusters in recent years. Definitely more hits than misses. I have some concerns for the Fox reboot of Fantastic Four, I have a theory they are doing it just to keep the rights to the franchise. It’s not sounding promising as a film so far, but hope they prove me wrong. DC’s strengths have been in TV and animation. Gotham is first rate. The Flash is worth a look, not checked out Arrow but I might have a binge watch at some point. The animated stuff DC do though is brilliant, right from Bruce Timm’s early work right up to the Darwyn Cooke’s fifties themed stuff. Oh and The Walking Dead as well, presently a better show than the book.

13.Let’s say you meet someone on the street that sees you as a guru for comics. You can recommend one classic (issue, paperback, graphic – your choice!) and one current title. Which ones do you go for?

For the classic : Crisis On Infinite Earths 1985, because it’s just so epic. It might have dated in some ways but I still have so much love for that book. It had massive impact on the industry (not always for the better but at the time it was so important) Current read : Silver Surfer, Michael & Laura Allred doing their wonderful warm art and Dan Slott delivering some lovely angst free light-hearted stuff with a character that I usually find about as much fun as being hit with a brick. It’s a great book.

Bonus question: Friday afternoon, you are at your favourite pub and it’s full. You previously arranged to have an anvil knock a group of twats and said anvil hangs over two tables, being able to swing to take one table out. One of the tables has a bunch of skinny denim wearing gloomy indie rip-offs, the other one a bunch of shiny suit wearing, lager drinking, ‘Chelsea Dagger’ singing rubes. Which table do you take out and how do you deal with the reminding twats?

I’ll take out the shiny suited nylon warriors with the anvil. The denim kids never stay that long, they aim for the heavy beers and before you know it they’re ready for bed.

One thought on “Interview : Adi Carter”