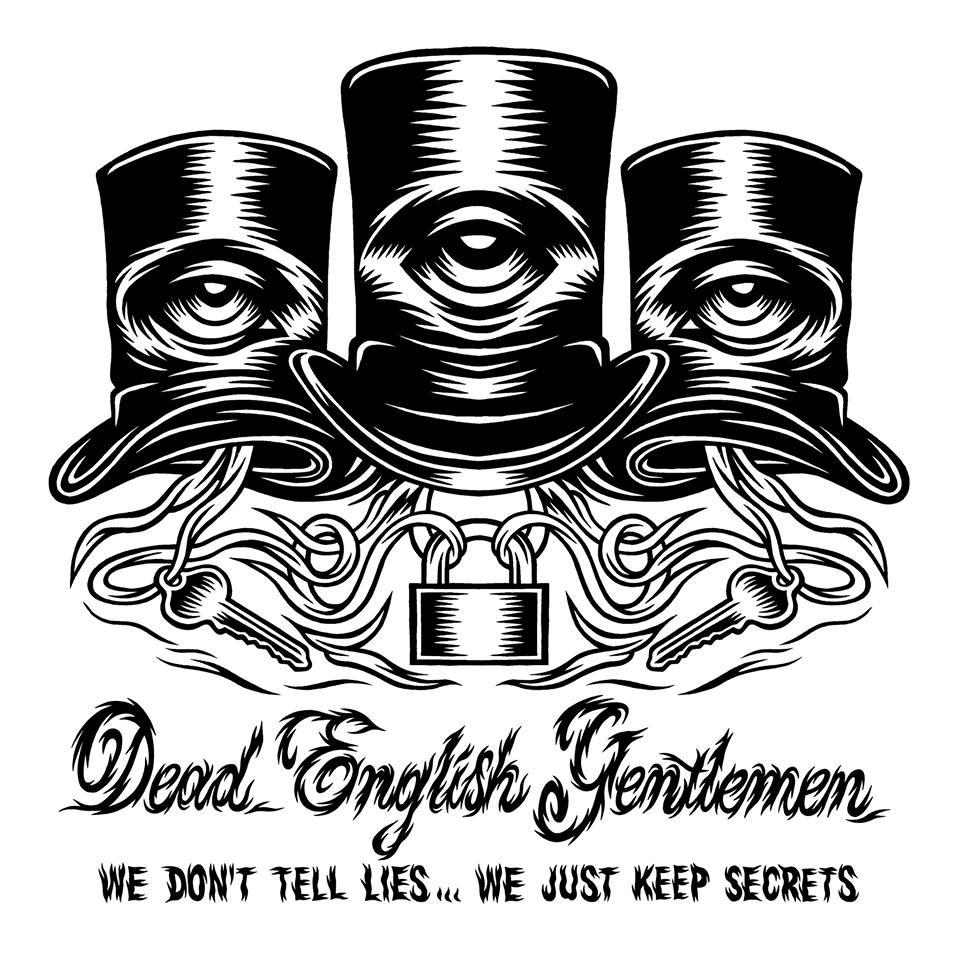 The Hope Explosion is now a long gone memory that lives in the ipod of a few chosen ones that saw them live. Fret not, one third of that band now lives in another band, probably just as fierce. Their name? Dead English Gentlemen. The EP? We don’t tell lies… we just keep secrets. The sound? Still progressive, but that and the vocals are where the similarities end.

The first release of Sheffield‘s Jammed Together, a label born from jamming sessions at 2Fly from various Sheffield musicians, is an EP made up of 6 tracks, with no meandering allowed; they all just flow with not too many bends. Like the River Don.

‘Black Pudding’ harks, hoots and hollers without a moment’s pause, although the changes in time signature comes to intensify the fierceness of the track like a jog up Conduit Road. ‘Alan Arthur’ pretty much has the same time of fast pace, excising vocals for instrumental showmanship. On the other hand, ‘The Marauder’ is Dead English Gentlemen at their poppiest and I’m stretching the pop definition so hard there that it now resembles toffee.

‘Pappa Zappa’ is an enjoyable one. Starting as a hard rocker, it decides to do a couple of heel turns. Wah Wah solos, droning riffs and the rhythm section going out on a tug of war make for the last third of this gem. Now, ‘Roulette Bears’ is the interesting one. This is where it’s less straightforward and the song splits its spaciousness into mini-movements, with the sauntering bridge before the final solo being a perfect juxtaposition.

At five minutes, ‘Stitches’ has a great open range to really do whatever the fuck it wants. With the lyrics name-dropping the EP title and the music raging like a furious sea in a stormy day, you get Dead English Gentlemen sampled perfectly and encapsulated in this very track, easily the strongest point in an already strong release.

So, there you. We don’t tell lies…we just keep secrets is the first release by Dead English Gentlemen and it deserves your hard earned dosh if prog rock that goes straight to the point is your poison. It certainly seems to have hit the spot with me.