Well fuck it doo woop doo dah… No Game of Thrones this week, so here’s a remastered edition of a review I wrote for another Shithole of a Website (TM) a few years ago.

You see, I went through an “wasn’t old Dr. Who great, you guys?” stage like anyone over 30 goes through and started to pay through the nose (because, let’s face it – they are very overpriced) for old Dr. Who DVDs. Here’s the first of many, many more to come…

In lieu of morning that sniveling fool Adric, the Doctor takes Nyssa and Tegan to the great 1851 exhibition in London. Sadly, since the TARDIS is worse than a late night National Express bus, they all end up in Heathrow and die of boredom while waiting a connecting flight.

I MEAN: Security drops by when a Concorde mysteriously disappears and CNN‘s Richard Quest storms in and tells a lot of theories with very interesting graphics. Since the Doctor and everybody else has had it with CNN milking any air disaster for ratings, they skirmish to the past…

The Play By Play review:

The Doc decides to cheer Tegan and Nyssa up after Adric gets himself whacked by the Cybermen, who were driving under the influence and managed to 86 every single dinosaur (and annoying sidekick) in one fell car crash. Celery Doctor and the gruesome twosome end up in Heathrow (killer duty-free alcohol there) and saunter around ’til the police gets them. Because the rozzers are a bunch of ethnic profiling fatherfuckers. After pulling rank with the airport security guys (UNIT, baby, UNIT), Doctor Whimper and his entourage are told that the Concorde disappeared (damn valet parking!).

“They are cheap as chips”, thought the delusional Timelord…until he saw the bill.

Since any collateral damage is paid by the Brigadier‘s chequebook and we are still in a sodding worldwide recession, The Doc suggests to get another Concorde airborne and do a bit of investigating. Because it’s logical to risk another expensive plane to find a missing plane. This is what got us into a recession. Anywho,  the unladen Concorde disappears too, with Tardis and all aboard and reappears in the past. Waaaaay back in the past. So much, that Tegan grows magic hair curlers. The horror!!

“Oh my God! We are trapped in a kitchen sink drama!” “Well, maybe the acting will improve…”

There, an old dude in a fat suit (Mike Myers or Eddie Murphy, take yer pick) is doin’ some hocus pocus chanting. His called Kalid and does bad ass stuff, like singing “mistah luvva luvva, bombaaastic!” to summon soap sud monsters and watch his sphere o’ death (TM), made by apple. Obviously. Just look at how shiny the darn thing is! 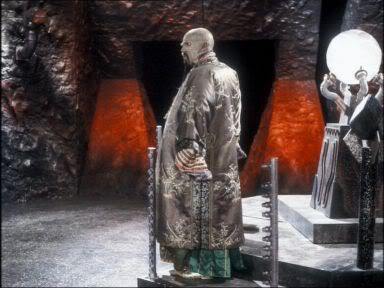 Before you can say “Wait, I saw this before and it’s called The Langoliers“, Doctor Cricket, his harem of badly written female characters and the three pilots (hey, one looks like Magnum!) start going all Scooby Doo on us. Nyssa develops telepathy after being bitten by an insect called Badplotus Devisus.

The Dude in the Fat Suit sends some grey jelly baby monsters to attack ’em but they survive thanks to their Plot Armors (+5 against magic attacks, +3 saving throws vs breath weapons). After wandering through the papier mache sets (and doing a great homage to Patrick Troughton‘s  coin flip in “The Invasion”), they finally confront Kalid, who turns out was the Master all along. 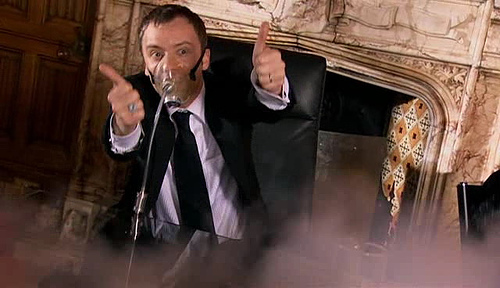 No, not that guy. The other one. 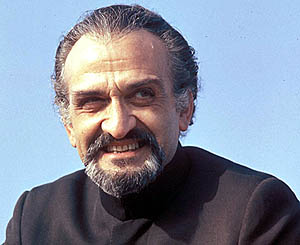 No, The Master, who appeared too many times during Doctor Wimp‘s tenure. Because Anthony Ainley needed the coin, yo.

“Ok, which of you arseholes said ‘John Simm is a better Master’?”

ANYWAYS, The Master‘s Ludicrously Stupid Plan (TM) this time around is involves using the souls of an extinct alien race to power off his Tardis. Doctor Vegetable in Lapel hits him with a copy of  Dianetics he carries around as emergency TP and races to defuse the situation. The Master recovers and gets all the passengers from the flight crammed together into his Tardis, which honestly is better than getting all cramped up in a shitty American Airlines flight. Or maybe I should lose weight. 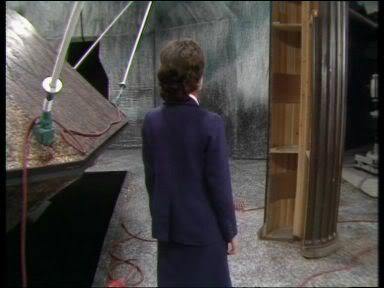 The Doc and the red shirts are left to die, but Pilot Magnum sabotaged the Master’s Tardis and his two other friend pilots switched some circuits that the Master nicked, so now he’s trapped too in this time zone, with no Radioshack on sight to save him. In an homage to 80’s airline hostage crisis, The Doctor Davo goes Sam L. Jackson and exchanges the motherfuckin’ passengers for some motherfuckin’ circuits made of goobledygooks. The Doctor helps the Concorde lift off, pushing it easily like it was a Corgi model.

No, I don’t have a Ferrari or a manservant called “Higgins”. Why do you ask?

They manage to get back to Heathrow (and without losing luggage, proving that this story is fantasy) just in a nick of time(lord). The Master ends up in Hull with the rest of the alien souls. Tegan is thankfully left, as she was looking for a cheap copy of 50 Shades of Timelords in WH Smith.

I knew beforehand the baaaaaaaaaaaaaaaaaaaad rep this story had (didn’t even make it to this list!), but still watched it with an open mind. I had vague memories of it, remembering only the Heathrow bits since I remembered the airport from my trip with my mum and aunt in early 1990 (I saw this story for the first time in 1991).

It does have some very cheap sets (caves) and badly designed monsters (the grey pudding/custard/soap bubbles plasmabaddies!!). I feel it tried to cover way too many things without answering them: Nyssa‘s telepathic? Why take the concorde, which doesn’t sit as many passengers as other planes? Heck, steal a mexican bus, dude, you’ll keep your Plasmatons fed forever! Explain, show, EXPLAIN! 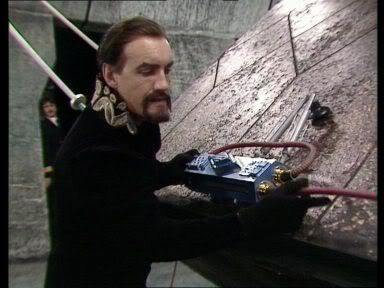 The Master is riddled with terrible plans in the 80’s.

Peter Davison, actually a great actor, worked with shit scripts for most of his tenure, which I guess it’s my criticism of the Matt Smith era as well. Davison does the best he can with his part, which I appreciate. The Master wasn’t really necessary, but I prefer Ainley‘s acting in this one over the “acting” he did in Castrovalva, just to be fair comparing two stories from the same season. I honestly believe they overused The Master, as he appears in 6 out of 20 serials (7 if you want to count a cameo) and proves The Law of Diminishing Returns (I think I just made that up). Time-flight‘s best bits are the ones in the airport and the film inserts from the Concorde, which don’t amount too much, really. The three pilots from the Concorde are a bit of a weird act. They start as disbelieving dudes, but soon become the tech-savvy Moe, Curly and Larry. One of them even pilots the Tardis! 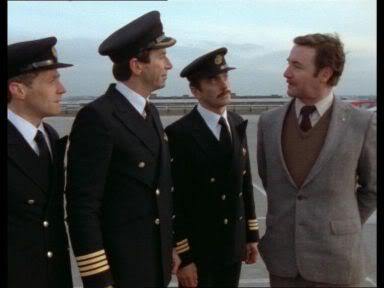 It isn’t a really terrible story per se, but some things are left unexplained. Ok, so Nyssa is more perceptible to ESP than others, it’s inferred but not acknowledged. The production does falter a lot around, with clever cost-cutting moves like using mirrors with landscape painted on used. Sometimes to terrible results, other to okay-ish ones. I’m a firm believer that if you can’t do an effect, don’t show it, just let them imagine it. Then again, I read a lot of books and have a fairly active imagination. What the heck do I know about TV? Heck, I think every single thing on TV should be a David Mamet play, with cuss words and simple locations. 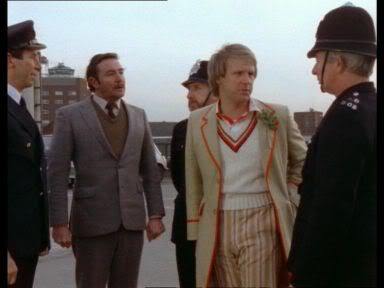 “Coffee’s for closers only!”

All in all, I don’t rate it as the worst Peter Davison story. It just feels a bit crammed in some parts, too spread in others. The actors do what they can on that respect, which isn’t saying much, I’m afraid!

It was good to lose Tegan. Too bad she comes back next year!

Relief, sadness and tears of joy were shed. 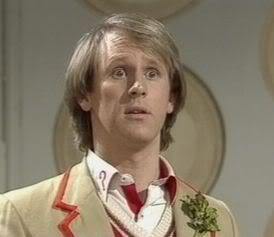 “I paid how much for this DVD?”

One thought on “Review: Dr. Who – Time-flight”