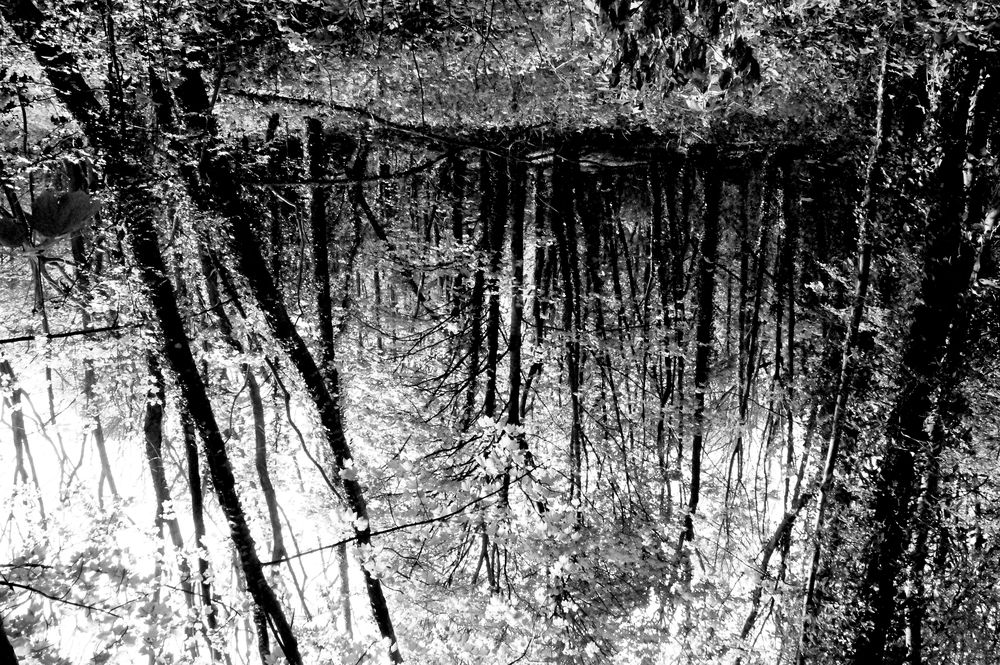 Where to begin with Wolfbastard? By pigeonholing them, I suppose.

Wolfbastard are a hardcore-punk-metal-alternative-post-rock outfit, more or less. But Double Denim Messiah purports to be a concept album, according to the liner notes. So they’re a bit intellectual, like.

What’s the concept? Well, it’s about the apocalypse (of course). But it’s set in… the Peak District.

How’s that work then? It might be best if I start with the band members. According to the press release, Wolfbastard are ‘Gangrel‘ on vocals, ‘Lobo Tommy‘ on guitar, ‘Axel Wound‘ on bass and ‘HP Saucecraft‘ on drums.

You get the impression already that these guys are either having a laugh… or that they’re completely beyond the pale.

I’ll go through the songs. The album opens with ‘Cracked Molar’, a big, dumb, fun, punk rifferama, full of chainsaw power-chords and Gangrel‘s steam-kettle-pressure-valve vocals. He sounds like a malfunctioning Dalek when he screams the opening line “You don’t know a fucking thing about me – you’re too busy blocking cocks to see!“

The song goes on to tell the story of an outcast teenager who kidnaps his teacher and holds him hostage in the school gym. Then a nuclear bomb goes off.

The next song, ‘Thanatron Party’, is a slower, more thoughtful affair. Lobo Tommy switches to an intricate picking pattern, and Saucecraft‘s minimal pace-keeping helps the song build to a poignant crescendo. It’s a melodic, catchy number.

Verses in ‘Thanatron Party’ are alternated between Gangrel and Axel Wound, who sings in a high falsetto. According to the notes it’s about “…a middle-class couple in Hathersage during the apocalypse who have run out of food, and everyone else is eating each other. But they’ve got hold of this suicide machine, called a Thanatron, so they get their neighbours round and get all the food they’ve got together. Like beans, and beans and sausage in a can, and peas. And they have one last dinner party, then all stick their fucking arms in the Thanatron. Except for the husband, who goes last, and there’s no drugs left in the machine, so he’s just fucking left sat there with all his dead neighbours and dead wife and that. And he eats them.”

The next song is ‘Workhorses and Showponies’, the subject matter of which is too dark for me to go into publicly. If you really need to know, then buy the album – the liner notes explain it all. Musically, it’s a heavy, post-rock groove, almost up there with Goblin Cock‘s melodic black metal psychedelia, in terms of simple complexity. If you know what I mean.

Then comes ‘Batrachian Vermin’ – a stripped-down, pulsing, power-metal stomper. Gangrel sounds like he’s going to tear a vocal chord throughout this one. The rest of the band provide Anthrax-style, grunty backing vocals on the chorus, and there’s even a slow, grindy mosh part after the third chorus.

The album then goes straight into ‘Malevolent Lifeforms’ – a dissonant, structurally anarchic bit of noisecore, akin to Fantomas or Melt-Banana, with a bit of Voivod thrown in. It’s hard to work out (from the lyrics at least) what this one’s about, but I think it’s something to do with an alien invasion. Either that or corporate multinationals.

And then we drift into ‘Wake Up and Smell the Coffin’ – a maudlin little tale of burial alive at sea. This one is over-produced, in this reviewer’s opinion. The chorus effects on Lobo Tommy‘s meticulously-picked dobro-banjitar are a shade too much, and detract from the band’s raw power and enthusiasm. Gangrel displays some melodic ability here, however, though it is spoiled by the use of a wah effect on the chorus. It’s not too far from something Bon Jovi might have attempted in the ’80s.

After that, ‘Rise of the Mudmen’ follows, and it’s thematically very similar to ‘Batrachian Vermin’. Except, instead of slimy frog-people creeping from the deeps of the reservoirs, it’s about Swamp Thing-esque homunculi rising from the peat bogs of Kinder Scout and shambling their way down the hill to throttle every living thing they find. It’s a mid-tempo hard blues type of affair – with Gangrel punctuating each verse with a raspy harmonica wheeze/parp.

Then ‘Brainworm’. Sheesh. Ok, I know – I’ll write the lyrics for it here and then I don’t have to waste words trying to analyse it.

And there you have it. I hope I never have to listen to it again.

The song closes with the title track which, after the first few numbers, is frankly disappointing. It’s generic, Oasis-like, bloated stadium-rock piffle. Gangrel does his best to ape the Gallagher posturing, but just sounds like a weedy wastrel showing off at the back of the school bus. A shameful end to what could have been the best hardcore-punk-metal-alternative-post-rock album so far this year. There’s a hidden track called ‘ Outfall world’, sounds like the experimental track of an unseen film. Better left unseen.