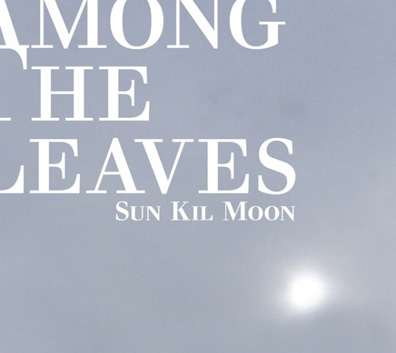 Ah, Mark Kozelek. A man with his hearts on his sleeves, letting the feelings seep through the membranes and translate into emotions. Whether in electrical form (his feedback solos in Red House Painters) or by the pure magic of nylon string guitar (Admiral fell promises , pure acoustic beauty) the man is always brutally honest, for the best and worst of feelings.

Among the leaves seemed to be another release of this quiet, acoustic era. Wrong. Starting by the quite verbose song titles (‘I know it’s pathetic but that was the greatest night of my life’) and seguing into some righteous display of distortion (‘King Fish’), it’s another reason to believe that Kozelek is an unsung hero of music, where loud doesn’t always is preceded by distortions & love is never black and white.

Oh, yes, that usual, stinging venom that so subtly enriches the music of Kozelek is here, in its purest form. Even when the sounds are gorgeous, there is a darker undertow waiting to drag you to the darkest recesses of the human soul (‘Elaine’). The lyrical subjects vary a lot, from touring (‘UK Blues 2’), unfaithfulness (‘That bird has a broken wing’) and even a bit about Katy (‘UK Blues’).

No, it’s not going back to the well… instead, it feels like Mark Kozelek is slightly looking back to his musical career, the ups and downs, the ones who have been with him all the time and the ones that aren’t here any more. This is the beauty of this album: it’s not a trendy album, it’s not something to dance to but to listen and enjoy thoroughly in a rainy day or while just laying in the grass looking at the clouds. The emotions and the perfect, soothing voice deserve your whole attention.

One of the songs that really feels personal is ‘Song for Richard Collopy’. From what I understood, it’s an ode to a fantastic luthier who worked with Kozelek‘s guitar (a Gibson). Like a bard telling a story in a low light pub, the track heralds the deeds of Mr. Collopy. “Why, Richard Collopy, why, Richard, why, oh, why did you have to go with the birds in the sky?”… I shed a tear.

Back when the Red House Painters name was still bandied, Kozelek‘s fingerpicking technique (sort of a banjo roll) always caught my ears (‘Trailways’, swoon!). The technique has been perfected in the last years (especially on the live side) and ‘Track number 8’ uses it with lightning quick speed and great, sharpshooting precision.

Although most of the album is quiet, it shakes the boat a few times. Whereas Admiral Fell Promises was like an enchanted evening with a troubadour by your side, Among the leaves forgoes this in two ways: lyrics feel a bit more acidic (although jokey sometimes, just to show that with age comes wisdom) and there are electric moments. Okay, ONE electric moment, but it is a great moment. The song is called ‘King fish’ and feels as expansive like the soundscapes peddled in Ghost of the great highway with the sensibilities gained from Tiny Cities. Like stated before, some older ideas flourish again and flashed, not to go into a safe territory (‘King fish’ is everything but safe) but to prove that he still can do it and it still intertwines the acoustic and sadcore genres with great craft.

Among the leaves is not an album for people who believe “tl;dr” is a valid reason not to hear someone. It is 22 songs long (5 are alt takes/live) and deserves patience. Patience that will be rewarded not only by wonderful music (‘Among the leaves’ is a hug-song!) but also a magnificent product.

One thought on “Sun Kil Moon – Among the leaves”