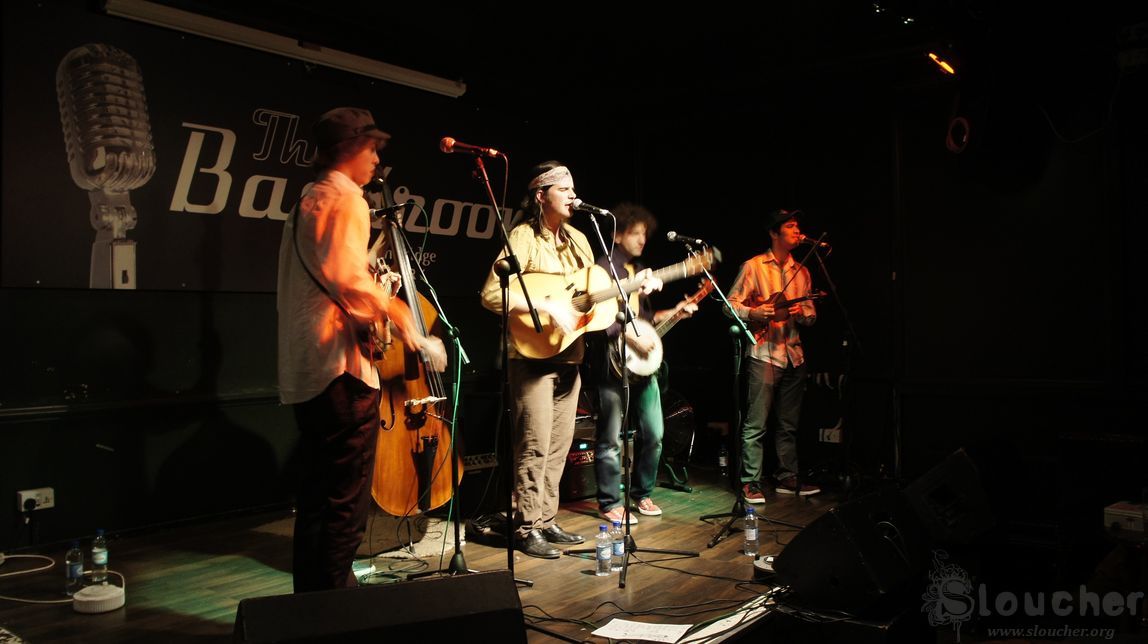 The Greystones is an interesting place to get to. Not only it’ a nice pub with great ales in the Sheffield equivalent of the suburbs of Anytown, USA, but also because the climb to get there means that your monthly quota of cardio is filled by the way you reach the top.

Hey, it was either pay for the bus or pay for an ale.

Wagon Wheel Media are promoters dedicated to put up shows with an Americana / Alt Country / Country feel to it and the night was a special treat: not only would it be a show where The Payroll Union would be playing some new tracks, but also it would be a chance to catch The Deadly Gentlemen live. The American suburb feel of the area just added to the mix.

Opening duties were carried rather good by Dave Sleney, who played both covers and originals. One of the covers was that ubiquitous song with the refrain “who do you think you are”. I refuse to admit that I know this is sung by Christina Perri so, I’ll let you google it. His original songs were more interesting, specially the very spiteful last one. Sounds like a bad break up inspired it and, heck, we all have been there.

The Payroll Union always put an intense show. This time they decided to start on a very stark note, with new track ‘Chappaquiddick’, an intense and almost a capella song. The minimalistic approach to this one works quite well. Then out came the rockier versions of the band and ‘Julia died of cholera’ (careful with that drumkit, Ben) and ‘Jake the pistol’ rocked the backroom of the pub. ‘1826’ is always an atmospheric one, great to give a moment of thought to people, ‘General James Wolfe’ has one of the bleakest chorus (“hide the silverware/hide the children”) and new song ‘The Mormons’ offers a taste of things to come. May they come soon.

The Deadly Gentlemen have no percussion instruments, it seems the only beat they follow is the one laid by their bassist (rocking the double bass, natch) and basically being this gestalt entity that just begged for people in the place to trash the tables and chairs and break some shapes (square dance ones). Standing in line, vocal duties changed without warning and not a single song ended without thunderous applause. They are quite a fantastic band with peppy songs (and funny stories about watching trees in traffic and throwing squirrels) and tracks like ‘Bad habit blues’, ‘Road is rocky’ and ‘Slaughter me, baby’ were as fun as watching Brer  Rabbit driving the General Lee into the briar patch.

There was also an Appalachian-style song (‘Fading star’, I think) that was pretty much a highlight. A hard statement to do, as they gave a great show and mingled with the public a long while after the show ended. It was a good show, with enough ditties and warmth to carry this reviewer back home.