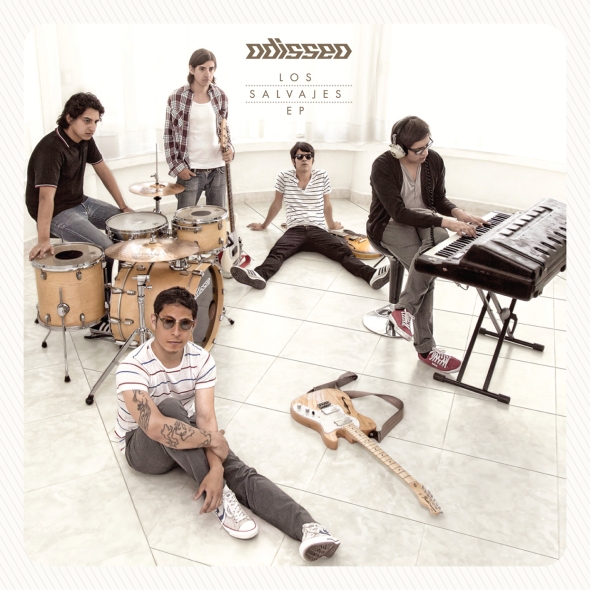 For a long time, there has been quite a drought of Rock bands in México. Blame little to no coverage from traditional media. Blame a quite impervious circle of “haves” that doesn’t let the “have nots” join in. Thankfully, the online media and social networks have helped a few bands to forgo all the hoop jumping and connect straight with their fanbase. So has been the case of México’s own Odisseo.

The band took some time from their very, very busy schedule (they are recording new stuff) and we shot a few questions at them.

Thank you for kindly agreeing for this interview. We always are excited to find new bands in México and break that old lie of “there’s no good new stuff”.

You’ve mentioned your name derives from Odio (hate) and Deseo (desire). Who added the extra “s”?

Indeed, our name is made up from those two words. Hate and desire, which when combined yield the main lyrical theme in our songs. The extra “s” was added by Daniel León, who plays guitar and designs all the band’s artwork. The extra “s” is added to generate visual tension in the logo, making it easier to remember.

I really dig your vibe, a bit 80s but with a few tinges of stylish 70s pop. The obvious question is: influences?

It’s quite varied. From New Order (whom we take a few synth leads from) to David Bowie, The Stones, The Style Council, 70s Latinamerican romantic ballads, Kasabian, Arctic Monkeys, The Whitest Boy Alive, ah, too many.

So, what’s ‘El Inicio’ (‘The Beginning’) about? A few weeks have passed since I reviewed it and I think it’s the one I listen to the most.

‘El Inicio’ is probably the most dramatic track of the EP. It’s about how a relationship goes to the dogs, of all the spitefulness that we are left with and that dark side made up of hate and bitterness that we hardly want to accept happens. Very Odisseo!

Yes, we spent the first days of February at Naranjada Records. Production duties are being done by Daniel Gutiérrez, lead vocalist for La Gusana Ciega.

Any release date available for the new album?

If all goes according to plan, we should have it done and dusted and ready to ship by the end of this semester.

Sometimes it feels that México’s musical scene is clearly split between two: the selected few and the damned. From your point of view, what needs to be changed in México in order to both the public and the music business to change perspective?

We need to give ourselves the chance to listen to music made in your country, in your state, in your borough and even in your own street. We need to remove that barrier and vice of importing so much foreign music. We are not saying to stop listening to foreign bands, there are always great bands and they do deserve full attention, but, broadly speaking, what you see on TV is just irrelevant music.

Currently, there’s a very interesting movement in México City. We do compare it a lot to what was happening in Monterrey some years ago. Bands are supporting each other, putting shows together, go out on tour. I’m talking about bands like Comisario Pantera, Enjambre, Los Infierno and many more.

Soundcloud, Reverbnation, Bandcamp, Kickstarter… sometimes it feels there are quite a few options on the Internet to jump over traditional labels. How has social media helped you with your music distribution scheme?

Odisseo has been pretty much getting all of its word of mouth and spread due to the Internet. Our official means of communication are through social media and because of them we now have a following. Perhaps in a few years’ time, social media will have the same relevance than traditional media, but it’s a fact that they keep news about your band and music fresh. It’s also easier for a band to find out who listens to you, where are they from and what they are expecting of you.

Besides a new album, what other plans do you have for 2012?

We want to release the album and spread the word around. We want to tour around México and get a place in the scene.

Best of luck and thanks!