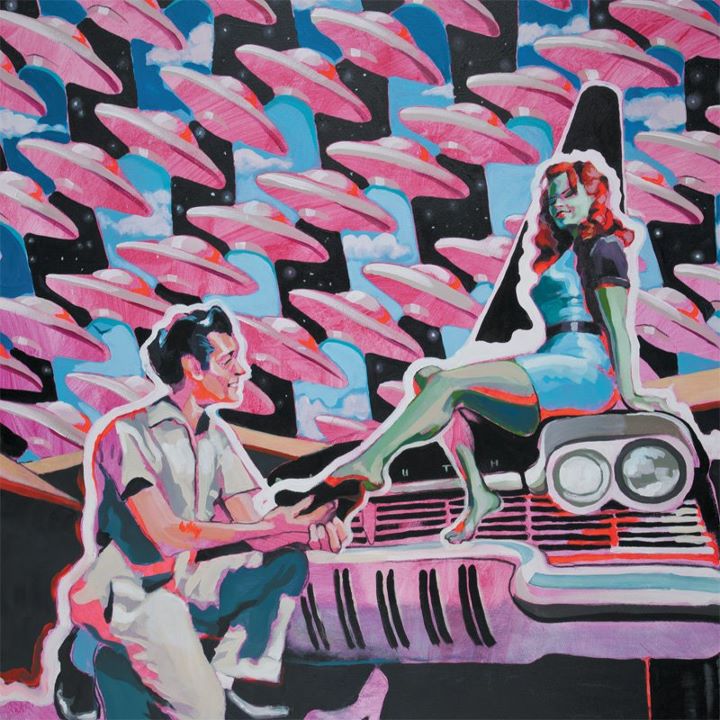 A while ago we talked you about motherfucking Dan Sartain and his rockabilly ways. We did. Now, just because we sneaked into FatCat‘s secret vaults, realised we were supposed to turn left in Albuquerque and then go into One Little Indian ‘s vaults instead, we pillaged it and reviewed his newest album, Too tough to live, which barely manages to hit 20 minutes but still gives you 13 rocking songs.

So, it’s a lean, mean rockabilly machine for the Twitter generation. Well, no, scratch that. It is lean and quite mean, but the rockabilly yells “shotgun!” and lets a punkier side of Dan Sartain  to take the steering wheel (and end up in a ditch, upside down, broken bottles of Moonshine still dripping and fuming).

As fast as a Bell chopper dropping a LRRP unit into enemy territory, ‘Nam vet’ comes and goes, riffing and ranting wrecking the place around. Maybe they fell for the propaganda from ‘I wanna join the army’. With that lighting flash solo, how couldn’t they?

There’s two approaches for this Blitzkrieg of an album: fast and reverberated or chunky distortion and, heck, still pedal to the metal. It might be only 19 minutes of music, but it’s like a cardio routine: you work out all the bad vibes (and lardy stuff) out and end up spent but satisfied about doing something good for you.

‘Rona’ sounds like a tender moment lost in a sea of DSPs and sinple but effective drumming, a good track but it has a couple of tracks outshining it. First it’s the very catchy ‘Swap meet’, part ad for a local carboot sale, part throwback to the days of the short pop songs, all rocky groove. The other one is ‘Fuck Friday’ and I for one agree with the lyrics. I know Friday is to be celebrated (or so said Mr. Robert Smith) but we all have very bad weekends that can ruin the rest of our year.

I probably have mentioned it’s a very curt album. Fair enough, keep it simple. Some songs are very effective, some could’ve used a little less reverb on the voice (I can’t understand all songs – just a nitpick, really) but when Dan Sartain strikes gold, boy, he does get the mother vein (I’m looking at you ‘Even at my worst I’m better than you’. Lo fi, punky and all over in time for a victory  pie. Sounds good.

One thought on “Dan Sartain – Too Tough To Live”