The Monicans is one of those bands I’ve heard a lot about from other bands in Sheffield, sort of a band’s band. Their psychedelic, seedy music is pretty rocking and talking with them was quite fun. Check out this rather strange conversation, with a rather weird joke which went nowhere (my fault, really).

So, where does the name of the band come from?

Paul: It’s just from the TV show, a Canadian cartoon called ‘Aeon Flux’, which got turned into a movie with Charlize Theron. It’s the name of the rebel group in that show. We wanted a name no other band had and we were looking around in Myspace and couldn’t find anything like it and that was it.

Lee: We tried it on Google too. It’s good for getting hits.

Paul: I think we are the fifth one on Google when you search our name.

Do you tend to Google yourself a lot?

Could you share a bit of history of the band?

Heather: Well, we’ve been through a few drummers, to make it quick and simple. Fell in love with Paul, and a drummer, who was from Singapore, asked me if I wanted to play bass and then we left Australia with another drummer and travelled around the UK for a year, maybe?

Heather: Travelled for six months and settled down in Sheffield then lost the drummer due to creative differences (laughs) to put it sweetly. Anyways, that’s the story, we’ve been gigging in Sheffield and enjoying ourselves. 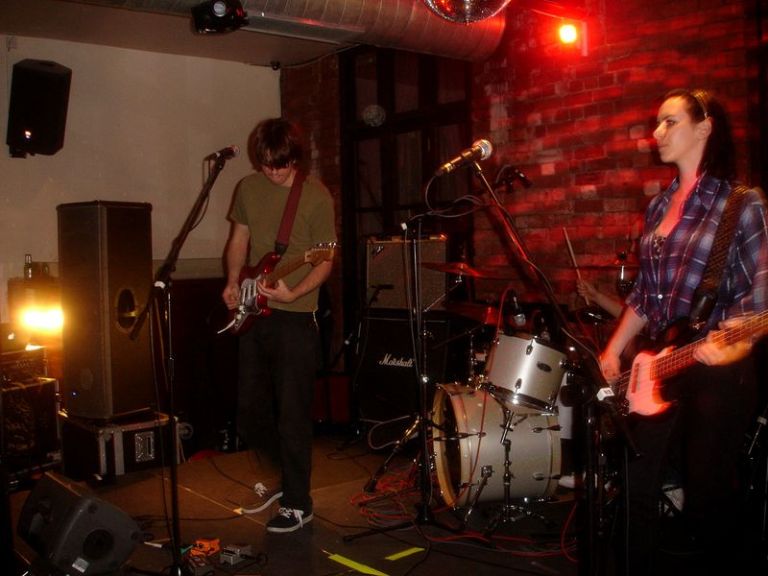 So you drove around the UK. Were you living in a van?

A van as in a van or a caravan?

Heather: It was an ecodaily [editor’s note: a fleet van].

Heather: We put our carpenter skills to use! We made some beds, put some seating, insulation and carpet in the walls.

Was it in the winter? Brr!

Heather: No, when we arrived it was in April.

Heather: Yeah. We did that until September, with occasional stays in a pub or a hotel if the gigs were good enough. If we knew friends we could stay in their back garden or something… 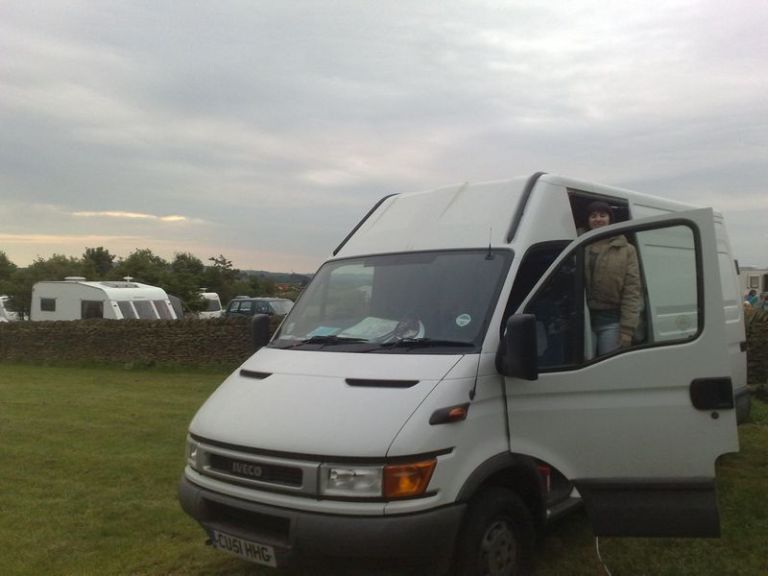 Paul: Uh, that’s me. Sheffield is in the middle of the country, that was the main reason. We thought we could keep touring, so being in the middle it could be faster to get everywhere and enjoy the scenery around. There’s big cities around too. But then we haven’t toured much, so we settled here and we realised there’s quite a few people here, it’s one of the biggest areas that connects people, whatever you want to describe it…

Paul: Yeah, that (laughs). Plus the Arctic Monkeys and we figured it could be a big music scene, with some big bands coming out too. There tends to be a good scene surrounding successful bands. That’s about it, really.

Heather: And it’s kinda open to having other bands from different places, quite welcoming.

Paul: We didn’t want to go to London ’cause there were too many bands. It’s more expensive as well. In a smaller place you get to know people better. That was a big part too.

Heather: Sheffield has a personality too. More down to earth.

Was your previous drummer called Dan?

Paul: Lou. And then Lee.

Paul: Oh, there’s millions. Probably Nirvana, the Pumpkins, the early nineties ones like Sonic Youth. That’s a huge one. Early nineties, not necessarily grunge, but more of the punk stuff, like Dinosaur Jr.

Heather: Then we pick bands from genres we really like. Pink Floyd, their experimental stuff.

Paul: Pink Floyd, The Beatles, Dylan… Dylan’s a huge influence for me, but not necessarily for the band. But yeah, Pink Floyd…

Lee: I just go with the flow. Even if it’s mud!

Paul: New stuff would be bands like White Stripes and Interpol. Maybe the Arctic Monkeys? Not an influence, but it’s a band we like a lot. 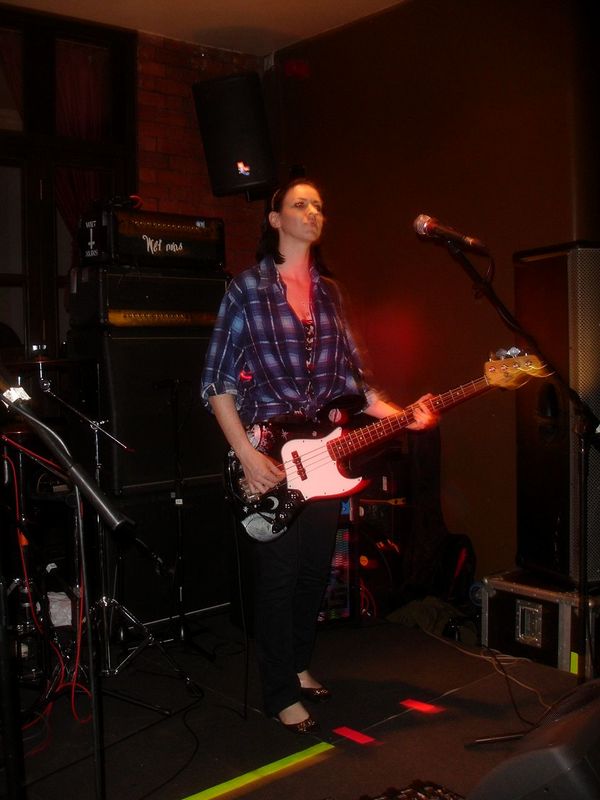 Any bands in Sheffield you like, besides Arctic Monkeys?

Paul: Yeah, that’s the biggest one! We like The Violet May, Wet Nuns…who else?

Heather: Yeah, I agree with that.

Paul: Def Leppard? They were alright!

You had a double-A single back in July. Is there any plans for more releases like that, or do you plan to do an EP?

Paul: The plan is, well, we’ve been recording and we are being real casual about it, not releasing anything big, just a few songs every couple of months, put them online and give an option of paying for them. Until then, it’s going to be free. We recorded three more songs recently. We could end up remastering them and make an album.

Lee: And also record people’s response to them.

Paul: The more, the better, basically. These days, with the Internet and everything, it’s impossible to do a proper release. Unless you have a very big fanbase, you do a cheap release.

Heather: We are working on having a good catalogue of music, vary what we do.

Paul: We are working in G2 studios, near London Road. We got a good thing with them. We go for a few days, record and they are good at mastering. We just lay out the songs with them and get this good product in the end.

Lee: The process goes quite well.

How’s your creative process? Do you plan it ahead or just jam around?

Paul: We try to jam more.

Lee: Do some noise and then try to come down with more ideas, so we can expand a bit from our sessions.

Paul: There was a rush though for him [Lee], because there was a month between drummers changing and gigs and he had to learn about ten, eight songs for a set and rehearsed that set for a few months. Now that we all are a bit more comfortable with everything we start to jam and be more creative, come up with stuff on the spot. Doesn’t always work, but when it does, it’s good! Just a bit of fun, really.

Is your musical recording instrument by instrument or do you try to rehearse several times and record on one take to get the spirit of the song?

Paul: The last ones we did were instrument by instrument, we didn’t do it live. The first demo we did was live, back in Australia, which worked back then, I think. The whole point of the studio is try to do something different from what you do live. If not, just record a live album and put that out instead. We like G2, they are good at mixing, engineering and producing. It’s worked for us lately!

Paul: Branching out to other cities! We’ve got a Scottish tour in April, booked a couple of days there .

Heather: A gig in the Boardwalk in February [Editor’s Note: this gig has been changed to the Leadmill, March 25th]

Paul: We’ll record in January and do some gigging.

Paul: Play in a couple of festivals, hopefully.

Now that you mention festivals, how did you feel during Tramlines?

Paul: Great! Wish it could be like that every weekend (laughs). We played one gig at the Grapes and it was packed!

Yeah, I tried to sneak in but couldn’t.

Heather: It was messy!

Paul: Hopefully we can play in other venues. 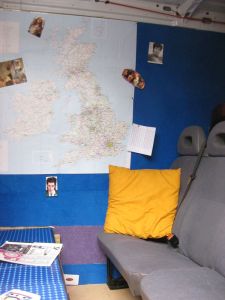 Something to look forward, then?

Bring something for the mosquitoes, like a shiv… or a gun…

Anything else to add? Lee? You look too quiet.

Every time I hear that, I think of Vinnie Jones in “Lock, Stock and 2 smoking barrels”. Do you plan to slam someone’s head with the door of a car?

Heather: Is this like a five year outlook? What do you plan to achieve in the next five years?

Lee: Maybe! If I were drunk and making this up…

Here’s to the five year plan. Thanks! 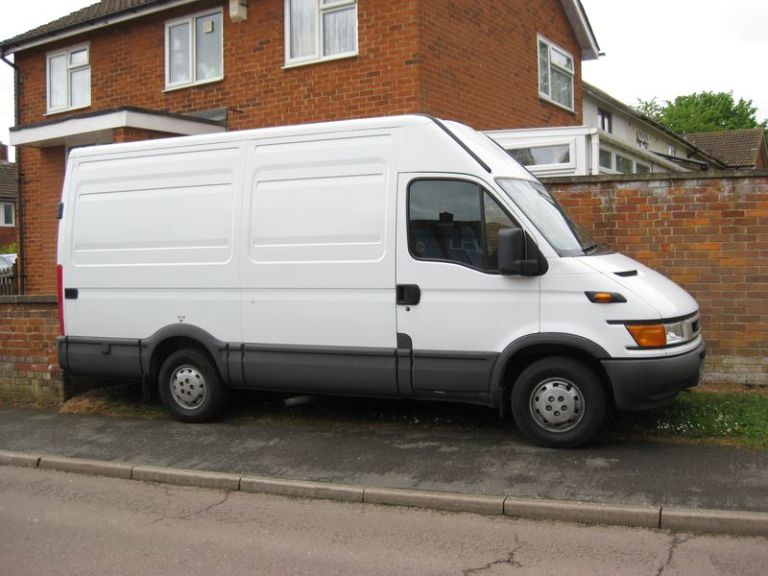 Thanks to The Monicans for the van pics.

3 thoughts on “Interview – The Monicans”