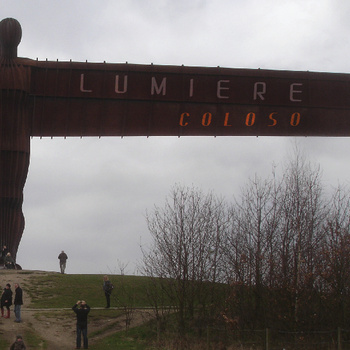 Way back in the Summer, we asked Lumiere to interview themselves.

Sadly, the tapes were lost (as the carrier pigeons they used went on strike), but, hooray, now we have them all here for you watch them. Each segment is bookended by an acoustic rendition of their newest material (although part 3 has a little love to older material).

As there were some technical problems, some questions are not on video, but here they are for your reading pleasure.

The Mexican public does support “indie” bands from outside Mexico, but not from Mexico. We don’t believe in such a thing as “inde movement”, only in a bunch of bands self-promoting themselves and that at the end of the day, they can’t stop thinking about a record deal. Nothing wrong with that, who doesn’t want to live off from making music?

2) Internet: good or bad for bands?

Good for getting your name around and reach more people. Bad because it takes the soul away from albums.

3) What hinders the evolution of a band: the public or the band itself?

The evolution of any project depends only and exclusively on the people who start it. It might sound a little selfish, but we only make the music que want to make to please ourselves, if by chance we end up being liked by more people, that’ll be a plus. We don’t evolve or stop evolving due to the demands of a market…not yet.

Special thanks to: Danny OM, César, Jonel and everyone at Lumiere.