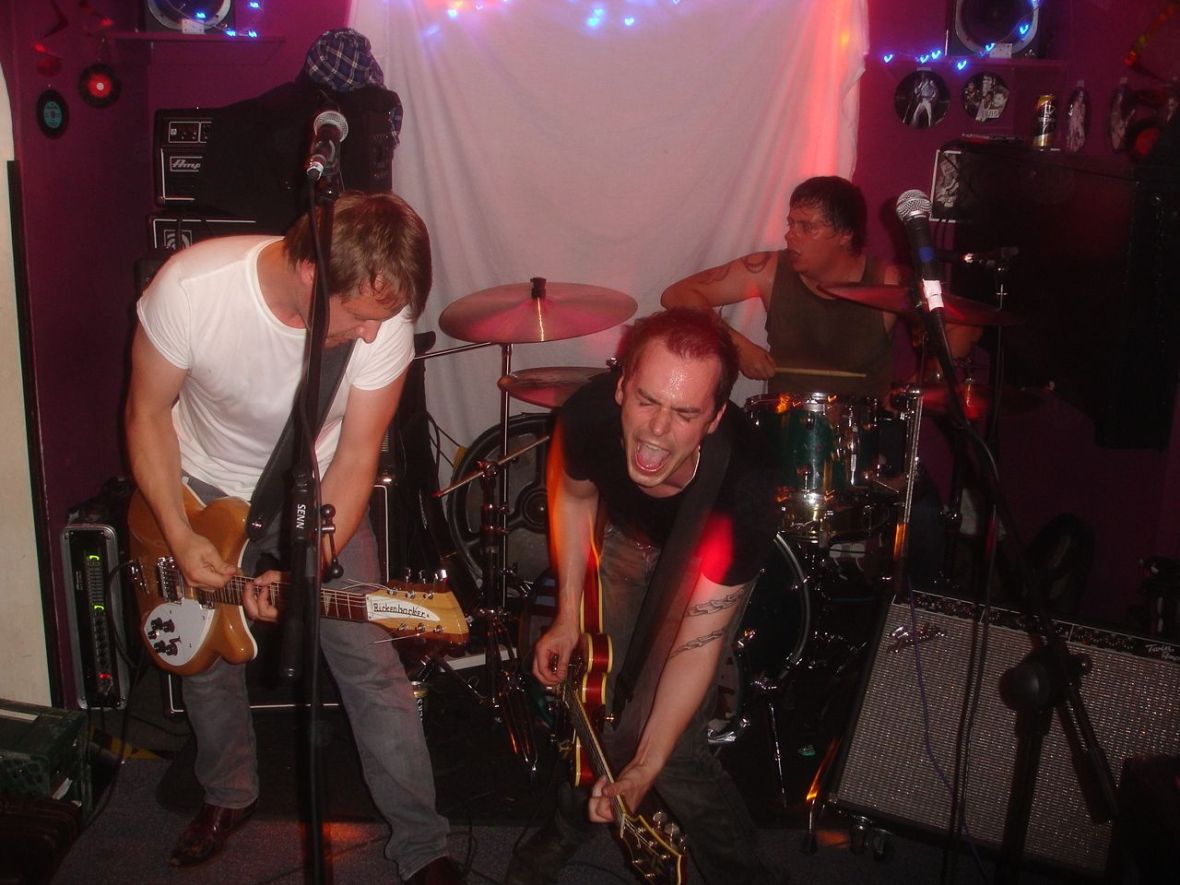 Imagine this: it’s Saint Patrick’s day, 2010. The drizzle over Sheffield goes back and forth between a refreshing mist and a full blown rain. Guinness has a white tent by Sheffield City Hall and several bands are playing. Now imagine you’re fed up with environmental research work and you fancy some new music. Do you go home and get blasted with cider while listening to Jeff Buckley‘s ‘Dream Brother’ on repeat?

No, you hightail it to that tent, soldiering the rain and stomach ache. Wet Nuns. The Hope Explosion. Dan Williamson. Quite the line-up. I’d seen The Hope Explosion earlier that year, at the O2 Academy with The Unfortunate Incident. I was smitten with their music. Not quite prog. Not quite hard rock. Not quite blues. Two guitars, Rob Burras and Robin Batty. Lee Whitworth, a drummer obsessed with Bonzo (as we all should.) Their warmth racket melted the snow away back in January and on that cold Saint Patrick’s eve, you could feel the rain evaporating from the brick floor, slowly turning into vapour, rarefying the atmosphere. 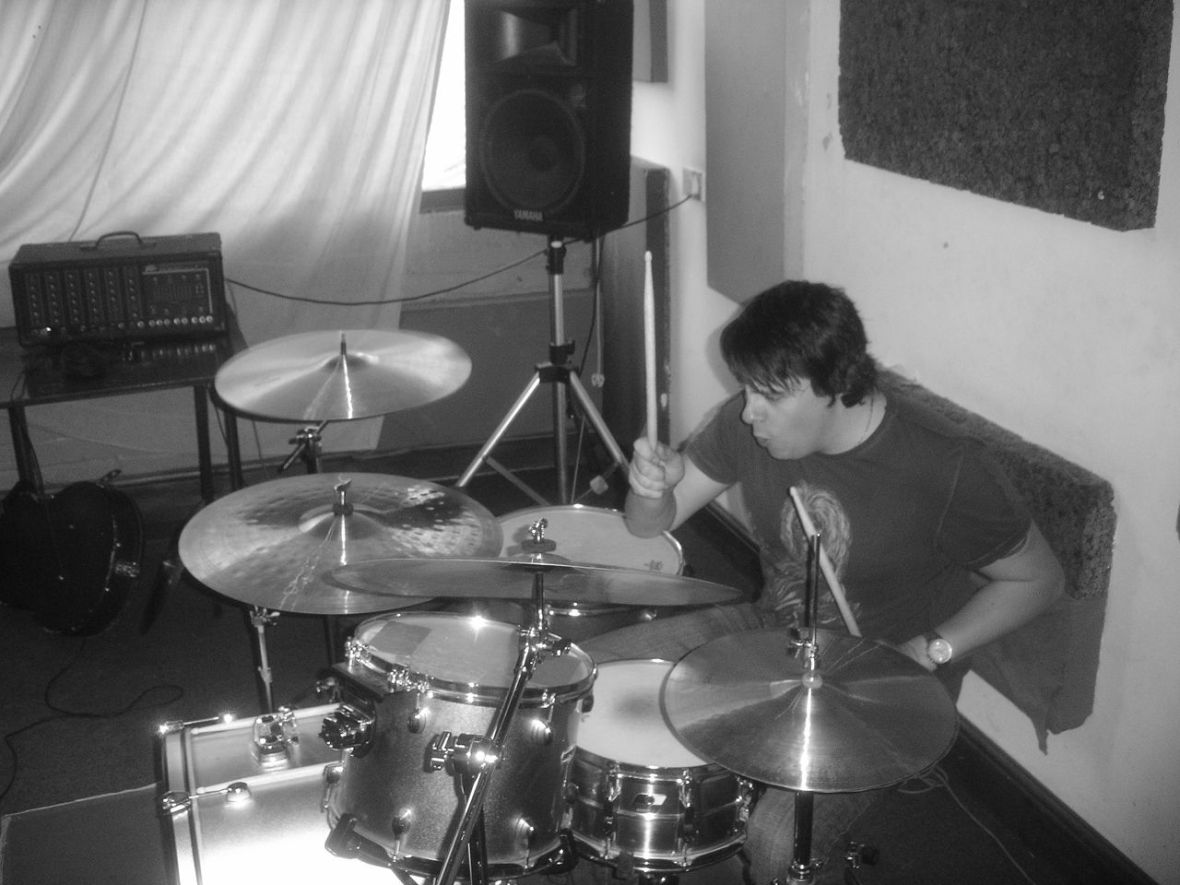 Atmospheric. That’s the term I was looking for. The band had a lot of pedals: reverbs, octavers, pogs and chorus, just in the right settings to make an expansive sound hit you again and again, like the pyroclastic flow that fulminated Herculaneum and Pompeii.

A couple of weeks later I would meet them at The Fat Cat on Kelham Island, for an interview, a couple of drinks and maybe a quick session back at Yellow Arch Studios. They all came off as amiable and warm, something you don’t see often in British people. The conversation was enlightening, especially when offering a heads up on local bands like The Violet May, Wet Nuns, Electric Tape Recorder and Plush n Plastix. Long conversations happened on other occasions, mostly about music and life. Stuff like the brilliance of Mellon Collie & The Infinite Sadness or Jeff Buckley were discussed at length, sometimes with a couple of bottles sloshing around, a few hours deep into the night.

Their recorded output was low, though. A couple of EPs, always given away, some singles here and there, and a lot of jams that are now only remembered by the walls of the places they made tremble with their mighty sound. The Green Room during Tramlines 2011 was a particularly good experience, especially with the public being quite receptive to their music. 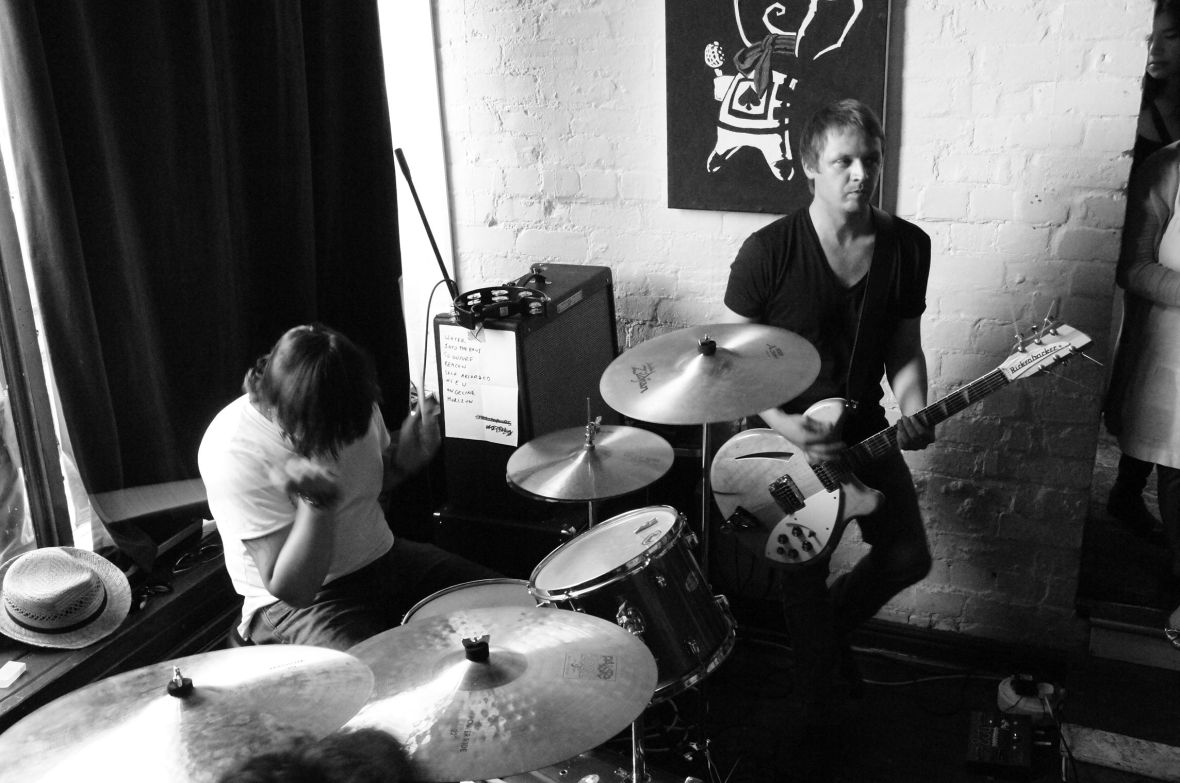 Rob, Robin and Lee went for a while as a trio, until Matthew joined as a third guitar and additional vocals. This final form of The Hope Explosion I saw at Leadmill, CADS, Soyo and The Harley. It was thunderous, chaotic and full of bright shining ideas. It was never something to be anthemic about. It wasn’t foot tapping music either. It was like the white noise from a waterfall, terrifying and reassuring.

There was never a release under this line-up. 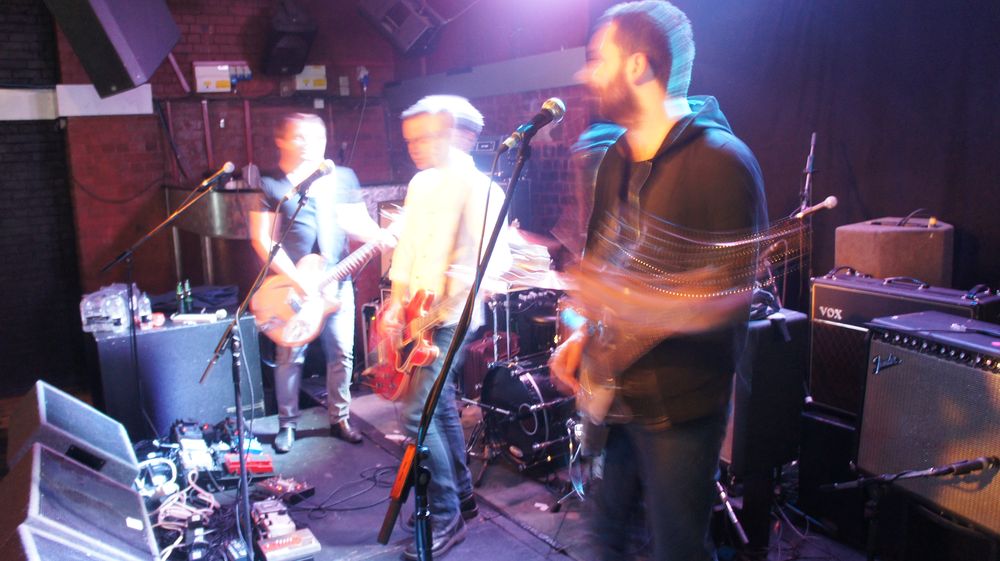 In a way, I think they were a band’s band. You would never see much at all in the other review websites or the local rags, but you could ask any musician about them and you would never hear a bad thing. Their gigs were far between, and life’s responsibilities meant that their roads forked, each one going their separate ways. If you stood there, just where it all ended, you could still feel their music punching you in the gut, your ears ringing with the sweet tunes that were made for the bored and the broken hearted. 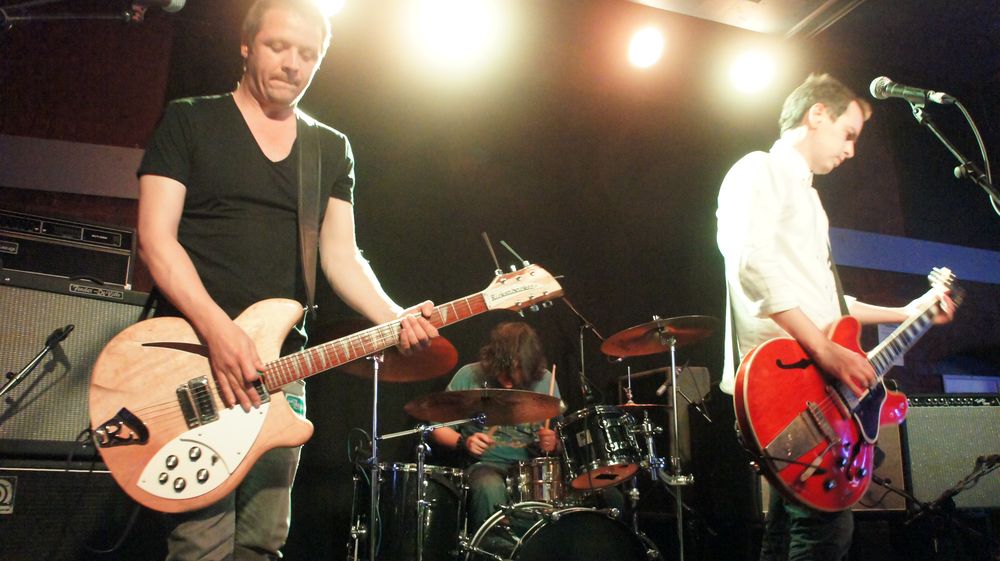 I lost track of Robin, but I know Matthew is drumming full time on Mudcats Blues Trio, Lee is a happy family man and Rob is now the lead singer of Dead English Gentlemen, jamming together with brothers Ryan and Kyle Michael Hall who in a way, are continuing some of the ideas of The Hope Explosion, but on their own terms. We don’t tell lies, we just keep secrets was an amazing EP and a couple of recent singles seem to point the band have found their sound and now they will push it as far as they can. Long may they do so.

As I finished this piece, I got in touch with Rob, just to get a little more info.  A general snippet on the back story of The Hope Explosion and the new venture, Dead English Gentlemen. “Hey buddy, how’s tricks? Well, many moons ago, at the end of school, myself, Robin, Lee, Ryan and another friend started a band called And after the silence came the sound of nothing. We did pretty well but eventually split up and after that, myself, Lee and Robin decided to start up The Hope Explosion. We had a really few good years at that and I loved it dearly but we just couldn’t carry on, for various reasons.” 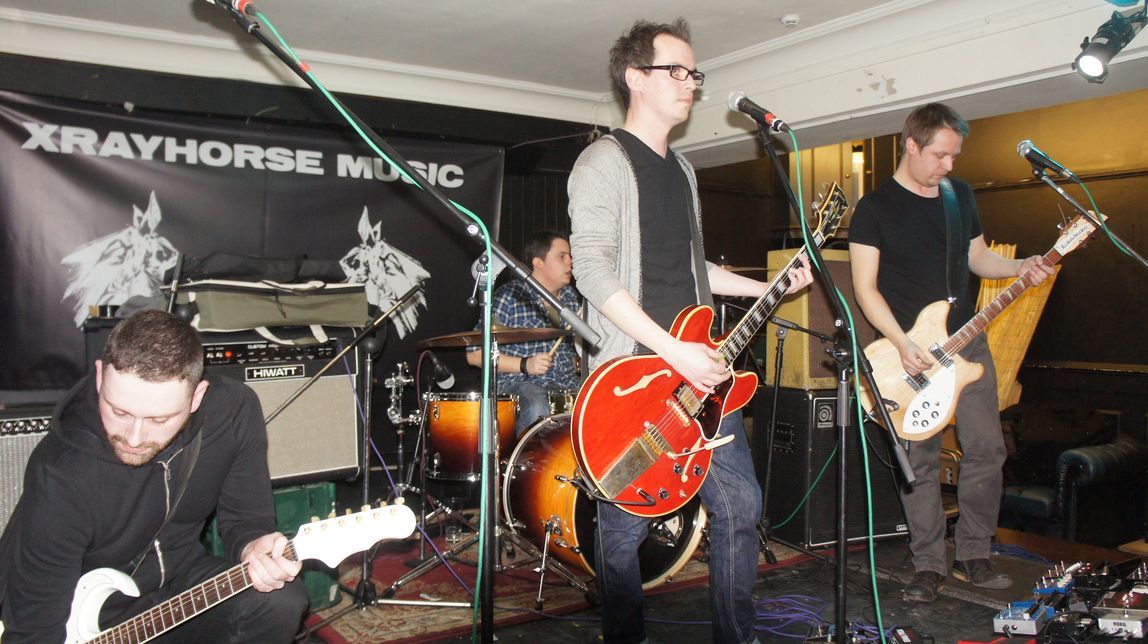 “In the meantime, Ryan had been jamming instrumentals with his brother Kyle, just meandering prog stuff, which was really good but a little directionless. We were obviously old friends, so when they heard that The Hope Explosion had split up they asked me to join Dead English Gentlemen. So we then started putting some structure to the jam tracks and I added vocals, then we started writing new stuff. We’re currently in the process of recording a new EP at the Old Pig Farm which is going to be called Let’s not and say we did. There’s a lot of humour in what we do, I hope it comes across!”

It certainly does. That deadly British humour, part morbid, part cynicism, and a heckuva of surrealism. The Hope Explosion is long gone but not forgotten. Dead English Gentlemen are a new pulsar in the sky. Let’s now study those strange lightwaves and gamma rays, see what we get for our time. If I were a betting man, I’d say we are in for a treat.

#movienight #quentintarantino #reservoirdogs parte two of the marathon. Bought this one in a best buy in Arkansas ages ago.
Saturday. #yorkshiretea #baronsamedi #gingernuts
Avoiding the quarantine blues with some #baking #whitebread #gingersnaps
Blyat...
My connection went weird, but here's my cooking, @sissonles
Merci beaucoup, monsieur Uderzo.
... simpático cyborg?
I've had this coaster for eleven years.
More exam doodles from students. Chuckling hard at the German one. #teachersofinstagram