In the last few entries, I’ve mentioned bands that are “normal”, as flexible as that adjective can be. But you can stretch the definition of “normal” for so long until it snaps into 7 amorphous pieces…

It’s a cold day in February and I’m freezing my arse off. Bramall Lane stadium is looking over us, lonely humans sitting inside The Audacious Art Experiment. I’m interviewing The Legend of Seven Black Tentacles and I broke my vow of not involving politics. The interview triples its time as nothing gets going British people as politics. It’s a fine conversation and as tempers flare (but not too much), the room becomes warm again.

My mind wanders to the first time I saw them live. It was the same X-Ray Horse night at The Harley’s where The Hot Soles performed. The bands before and after The Hot Soles had been indie rock and weren’t that interesting, I’m afraid to say. But when The Legend of Seven Black Tentacles took the stage, barely accommodating their overnumerous loveliness, it seemed like a good omen.

And it was. Angular experimental ideas were thrown to the public, including mysticism, kung fu samples, jazz and even a good chunk of rap. These musicians crowding the stage were jazz and hip hop interlopers with a fresh spin on the whole “experimental” angle of music. Slow drones, build ups, songs about kings being executed, and the melancholy of the passage of time. Outstanding. 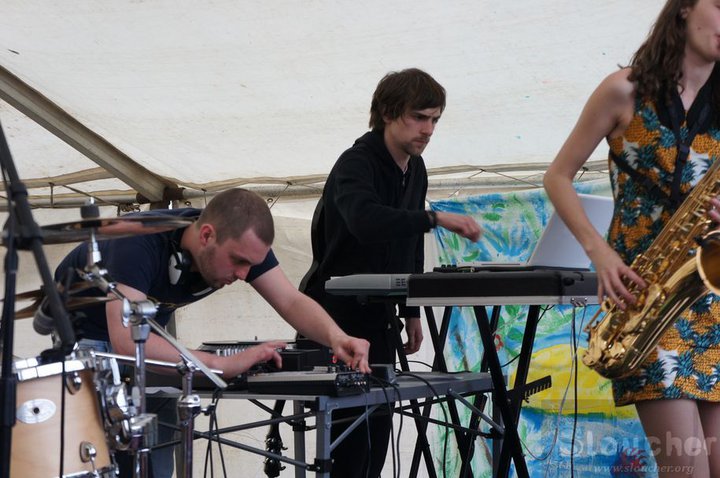 Their history involves a revolving door of musicians. I recently got in touch with Ben, the lovely fella on cello, to reminiscence about the band:

“It was Matt’s idea and he started it. He knew Bob (original drummer) and Mercer and recruited them. We had a mutual friend called Ben who ran a studio and he asked me in to record a library of cello samples for Matt to use in the project. But when we got talking it turned out we had many similar tastes and interests I offered to join properly. So the first few practices were that quartet. Vicky (original singer) and Row (Matt’s then girlfriend who did a bit of spoken word) were the next to join and our first two gigs were with that 6-piece. After that we met Skippy (original sax) and Chris Brain (violin) and did two more gigs with that extended line up. Vex approached us at our fourth gig and joined after that and for a while that line up was set, along with Vicky’s boyfriend Ben who did live visuals for us. Matt and Row split up so she left.”

“Mercer started going out with Sarah and brought her in to sing. Vicky and Ben left to concentrate on their theatre company (called Invisible Flock, they’re still going and they’re very good). The line up after that (me, Matt, Bob, mercer, Sarah, Vex, Skippy) was set for quite a while and was probably our most successful time. After a while Gordon joined (electronics), and Bob moved to Spain (replaced by Tim) and Skippy moved to Bristol (replaced by Hannah), and we used that line-up pretty much till the end- though Tim was replaced right at the end by a great drummer called Sam.” 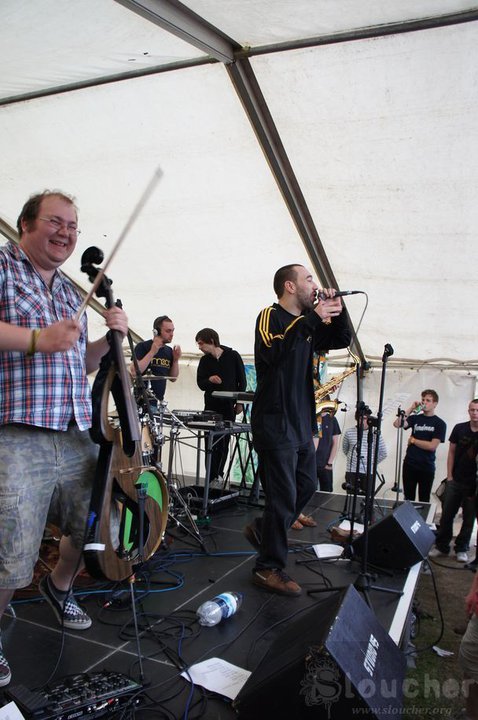 Phew! That’s the whole tale and you never quite get to hear about them because, well, I hate to be a judgemental prick, but it was a band that sadly fell on deaf ears. In a city where too many people were stuck on the “let’s find the next Arctic Monkeys” folly, The Legend of 7 Black Tentacles were a beast too weird for a world of winkle-pickers, double denim and hairstyling gel. I’m afraid I was only able to see them in their twilight years, when the last gleam shone like the green flash after the sun sets. 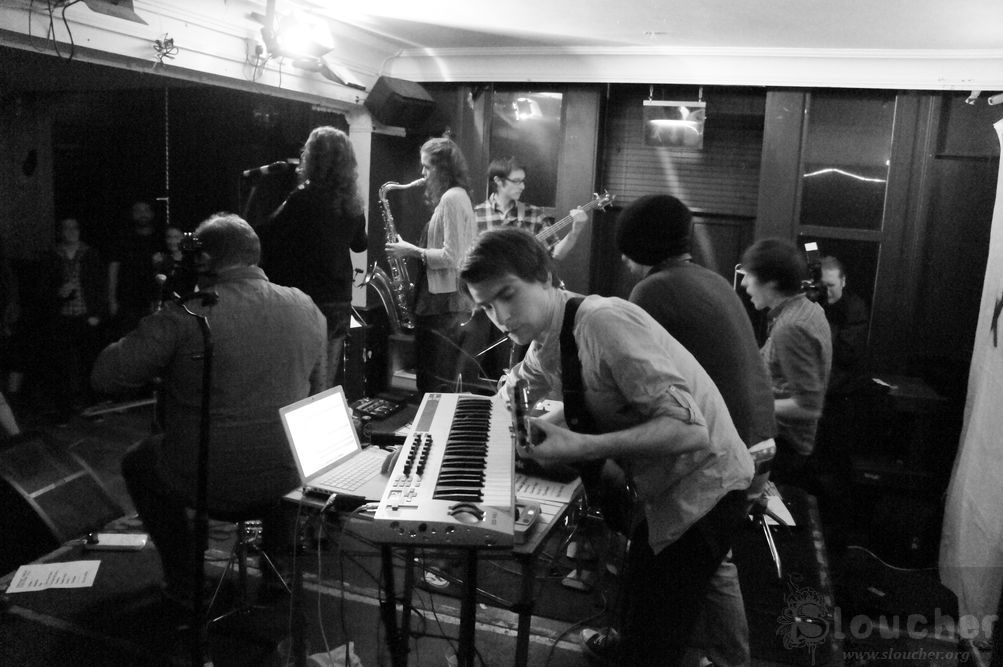 They only managed to release one EP, 2011’s magnificent Let’s Begin Now, Vol. 1 (our review) and a couple of singles. Every time I saw them live, they delivered a mesmerising show and the sceptics amongst the public were converted into an avant-garde band that spent too short a time in this world.

Most of them continue to be involved in the twisted world of independent musicians. Ben and Sarah have a great project with Captives on the Carousel. Vex keeps doing experiments with samples and vocals, while still dropping insanely catchy rhymes with Renegade Brass Band. Gordon is in two bands, Barren and Loam, still pushing things forward, by any means necessary. Hannah joined the cult known as Mango Rescue Team and was never seen again without a sax and a conga line of revellers following.

But to me, The Legend of The Black Tentacles will always be one of the great “what if?” bands I’ve seen. What if they had managed to record an album? What if they had a chance to tour properly? What if the public had opened their ears and hearts to them? What if, maybes and perhaps. All in the air, evanescing.