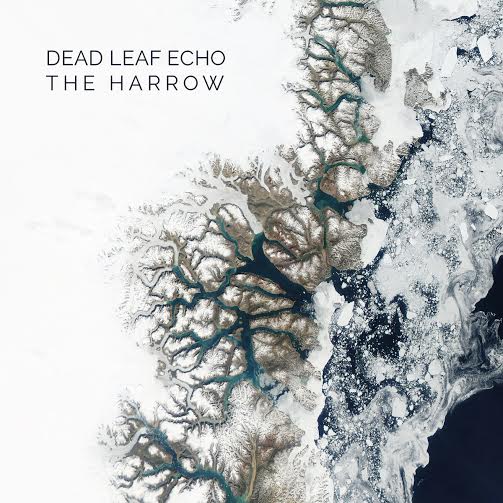 Since we’ve been on a contemplative mood here at this Shithole of a Website (TM) called Sloucher, we are keen on diving deeper and deeper in a sea of emotions, looking for new pearly white tracks to recommend. We’ve been following both The Harrow‘s gloom pop and Dead Leaf Echo‘s noisegaze for a while and lo and behold, they’ve just released a 7 inch single.

The Harrow shoots from the heart with ‘Dirty Minds’, a stroll through an abandoned, low lit school. Echoing bits of The Cure‘s Pornography, ‘Dirty Minds’ never lingers on, it breezes through, rarefying celestial paintings that dimly shine in dark hallways.

Dead Leaf Echo‘s ‘Child.glass.heart’ seems welcoming at first, warmly tightening itself around you. But then it becomes clear that it’s a chokehold. As everything fades away, the cylinder of a children’s music box slows down, until silence remains.