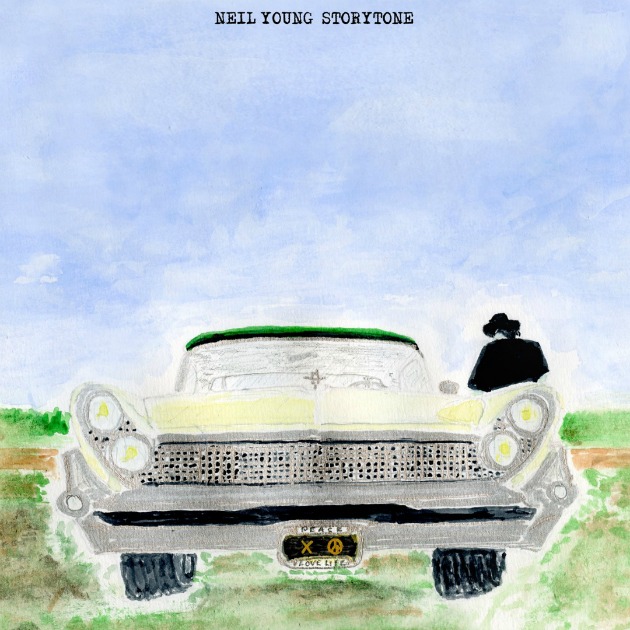 It’s a wonder Neil Young’s ego and a 92-piece orchestra fit into the same chamber. Despite 34 differing albums before him, Neil Young found enough self-focused desire to pursue an orchestral album.

A bold turn, one which Young himself told Rolling Stone is the “most different thing I’ve ever attempted”. Yet different does not always equal great. This different effort is good, and somewhat refreshing, but it lacks soul. Instead, welcome to schmaltzy Neil.

Young plays no guitar or piano on the album and merely focuses on the vocals. Working with Michael Bearden (currently Lady Gaga’s music director) and Chris Walden, Young’s latest offering takes the listener on a diverse journey of love, environmental protection and regret.

It’s not a sad album, but a romantic one. Even the protest song ‘Who’s Gonna Stand Up and Save the World’ calls for an anonymous hero in romantic, overblown phrases.

Young has always been a romantic. You’ve had wonderful ballads (‘Harvest Moon’, no less) and entire albums (Are You Passionate?) themed on love. Then there are songs such as ‘Like a Hurricane’, taking the theme of love in a different way.

Love is important to Young. Following the muse, as Young puts it in Waging Heavy Peace, is his drive. Whether this means abandoning bands, friends, lovers or whatever else, Young is committed to his creative muse.

Credit where it is due, then, for Storytone. Geffen would probably say this music is “uncharacteristic” of Neil Young. Instead, let’s say it’s an ambient patch in his musical tapestry, stitched together by the recent experiences in Young’s life.

Various tracks on the album reflect Young’s personal changes, notably ‘Plastic Flowers’ and ‘Glimmer’. This year, Young filed for divorce from Pegi, his wife of 36 years. Since then he’s been dating actress Daryl Hannah, a partner in his activism work.

There’s clear reference to this transition: ”Tough love can leave you almost alone/But new love brings back everything to you/All the feelings in your heart come reawakened”, says Young on the wonderfully sweet ‘Glimmer’.

Young’s Bluenotes work was never favourably received. Revisiting the big band style then may be ill-advised. Two tracks, ‘I Wanna’ Drive My Car’ and ‘Say Hello To Chicago’, prove this genre does not suit Young. They sound little more than marching band anthems.

Ultimately, Storytone is a Neil Young album my granddad might listen to, rather than bellowing at me for playing ‘Hey Hey, My My’ repeatedly. The album is beautifully arranged, no doubt. Bearden and Walden are the real stars here. Young simply provides them with affectionate personal stories and unpackaged vulnerability.

Still, Storytone leaves a sour taste. It is like listening to a good score to a crap movie – the scene is set by the sound, but the substance is just missing.
NB: As part of the deluxe release, Neil Young is releasing an acoustic version of Storytone with arrangements of all the songs on piano and guitar. Personally, I prefer this one but did not feel it fit to review both individually.