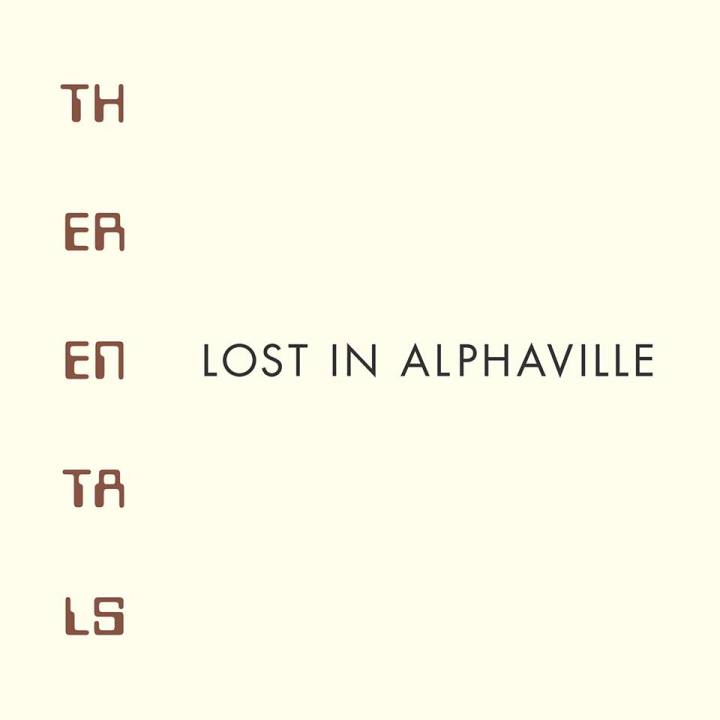 For the record: I love Weezer. Dunno if I qualify as a fanboy, as I don’t have that hardcore, obsessive love for Pinkerton like some of the =W=eezies seem to wear like a badge of pride (or a ward). Heck, my fave Weezer albums are Green, Make Believe and Maladroit but that’s a tale for another day. Matt Sharp‘s past tenure with Weezer is now old enough to buy a pint (in Belgium) and frankly, it is for the best.

Again I repeat: I love Weezer. And now I add: but they needed to lose Matt Sharp so we could get The Rentals. Two great bands! I’d hate to go and say The Rentals are more “intellectual” (something I’ve seen bandied about), but I like how the “revolving door” nature of the band has allowed Sharp to collaborate with a wide arrange of musicians. In Lost in Alphaville, we get Jess Wolfe & Holly Laessig (Lucius), Ryen Slegr (Ozma), Lauren Chipman (The Section Quartet) and Patrick Carney (The Black Keys.)

The result of this concoction yields a very tasty brew. I’d venture to say this is the most solid album by The Rentals  but you wouldn’t even need me to sell you the idea, you can hear it through and through the ten tracks of the synth heavy, dual vocal harmonizing trip that is Lost in Alphaville. ‘It’s time to come home’ is their own personal ‘Time’, taking the breeziness of The Alan Parsons Project and creating a sprawling track. Other songs are more direct, dashing instead of soaring (‘Traces of our tears’, ‘Thought of sound’), braiding instead of unravelling (‘Stardust’, ‘Seven Years’).

Even though, The Rentals do relish the opportunity to experiment with their sound. Don’t call it post-modern, just call it ‘Damaris’, the slightly twee-pop song that evanescences into reverse loops and brooding strings while ghostly vocals welcome us to a strange, unexplored dimension.On the same interstitial place between sound dimensions, ‘The Future’ plays with form, bringing upbeat chanting, droning synths and plucked palm-muted strings that build up to an inevitable explosion. It’s a gorgeous way to cap off Lost in Alphaville.

Now, a spoiler for a film from 1965: the denizens of Alphaville have lost their identity in a computer controlled society. Their sense of self, as in any dystopia, is but a memory. Maybe the album title hints towards finding yourself in this age when we worship technology (and gadgets) more than other things that matter. Or maybe the album refers getting lost in the top notch backcatalogue of a certain German synth pop band that sang about being forever young and being big in Japan. Whatever the case may be, Lost in Alphaville is a bonafide gem.