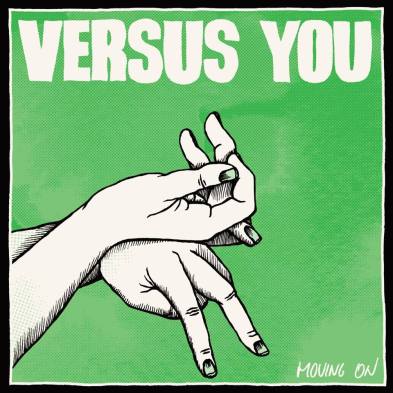 ‘Fat Lip’ and ‘From Under the Cork Tree’ are just a couple of great releases that the genre of ‘pop punk’ gave us. However, it also gave us long, drawn out and downright whiny vocals. It feels like you could probably complete an ultra marathon and master 3 disciplines of kung-fu by the time Tom Delonge has finished moping about how you are already the voice inside his head.

On ‘When It All Goes Down’ and ‘If The Camels Die, We Die’ Versus You combine spiky, distorted chords with a voice that doesn’t sound far from the gruff Billie Joe Armstrong. On ‘Be Better Than Me’ and ‘Skinny and Distracted’ the paradigm shifts to a more Tom Delonge whine. It feels as though at times, the band is on Stars in Your Eyes and can’t decide whether they want to impersonate either Green Day or Blink 182.

Versus You have a directness about their lyrics. When it comes to punk rock the word honest is never far behind. ’30 Pills’ is a direct tale about the consequences of needle sharing, trials and tribulations of suffering from HIV and societal exclusion as a result of promiscuity, and although they are cursed with the dreaded pop punk whine, ‘Be Better Than Me’ and ‘Skinny And Distracted’ deal with themes of loss, frustration and finding that sense of escapism.

Sonically, the band don’t bring anything ground breaking to the table and the majority of the album is on one level musically, other than album closer ‘You Are My Friend’ which is a slowed down ballad, there isn’t anything much else besides fast paced power chords. The fact that there are 12 songs on the album makes it feel like the listening experience goes on longer than waiting in a motorway traffic jam.

What is refreshing, however, is that Versus You have struck the balance between serious lyrical issues and that catchy element that has always been present in pop punk. It is nice to hear a band that take their craft seriously and aren’t trying to prove how dorky they are, or how much they love pizza. With that said, for the loyal pop punk fan, ‘Moving On’ will be a solid addition to the record collection.