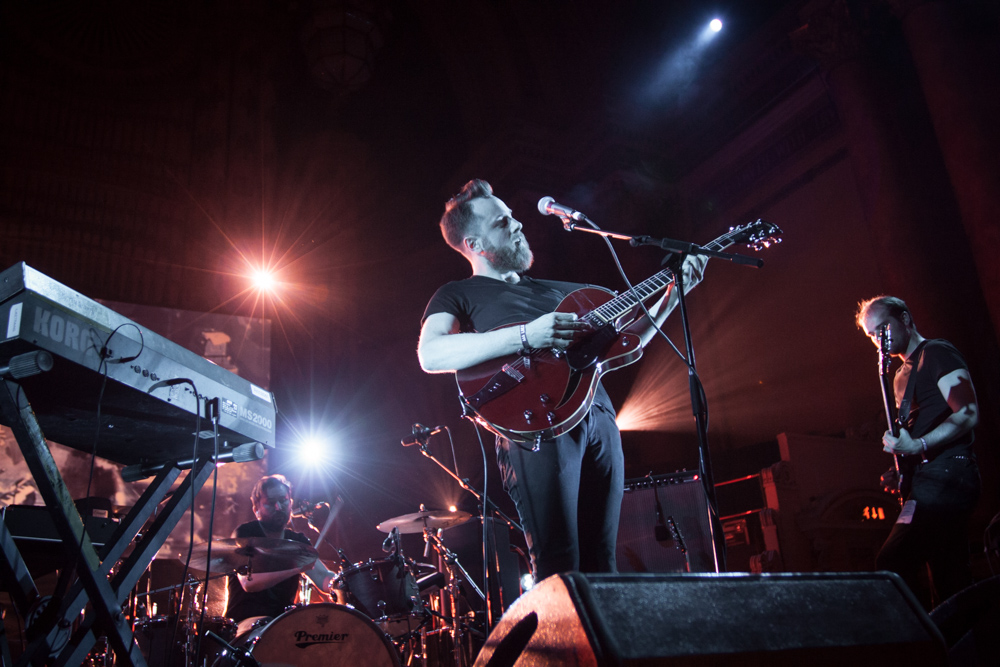 Leeds. The HEART of the northern music scene (some would say) a place of openness and Yorkshire delight…held the music festival Live at Leeds at the weekend and oh my…weren’t we in for a treat.

20 venues, 200 bands, miles and miles of walking, venturing to the hidden and unexplored places, tucked away in dark alley ways. For those who are unfamiliar with the festival,  it’s a festival to capture the very essence of going to see live bands in the heart of the city centre. What struck me though, was the normality of it. Walking around to the various venues, humans were getting on with their weekly ‘pop to the shops’ unbeknown to the fact that thousands of people had invaded their city and were hiding in the venues of all shapes and sizes. Other city music festivals such as, Tramlines in Sheffield and the Wolverhampton date of Slam Dunk seem to thrive on this idea of the whole city being taken over, but what I liked especially from Live at Leeds was that yes. You had some major difficulty getting pizza from Dough Boys at Belgrave Music Hall but it was so easy to dip in and out of the action. You didn’t feel like the festival consumed or suffocated you, which I don’t know about you, but I liked. It created a relaxed atmosphere, an atmosphere which adapted to your needs, to make you feel accepted. That’s the most important thing about live music for me,  I don’t want to go watch live music because everybody else is, trailing my feet, following the sheep…I want to watch live music because I WANT TO.

It might seem like I took the whole Live at Leeds experience with a very deep and meaningful approach, and it might surprise you to find out that all the bands (out of two – iForward, Russia! & I Like Trains) that I went to watch, I had never heard of before. Okay, I had heard of the band Royal Blood and Black Moth perhaps I’m contradicting myself there, but  I saw about 8 bands who I would never have gone to see before. That’s not because I’m a snob when it comes to music (Unless you call Foals math rock) but this was a festival about LIVE MUSIC…go and see some live music, discover new things, you can go see your favourite bands whenever you want to (within reason).

With a prompt 12:30 start, I strolled down to Belgrave Music Hall, a fairly new venue, which opened its doors late last year.

With three floors, 1st – bar and Laynes Expresso/Dough Boys/Patty Smiths. 2nd – the venue. 3rd – roof terrace. All in all you’ve got a pretty ace music and social venue. This is great for the music scene. It’s always full, packed with a mixture of people sharing one mutual like for music. Like I touched on before, Belgrave is a community…inviting you with open arms. No wonder Live at Leeds jumped at the opportunity of Belgrave hosting a part of the festival. Alternative, indie esc, folk with added bite on the side, Blue Laurel (from Leeds) filled our ears with a hard attack of noise, underlined with a gorgeous  falsetto voice which rested lightly on the ears as the chest took the impact of sound. While their set progressed, casually whipping out a flute and harmonising in such a way which created a dream like affect. The use of dynamics, tone and care leaped out to not only touch, but embrace. We Were Frontiers at Leeds College of Music (another one from Leeds) were next on my list, managing to catch 2 tracks. They weren’t my automatic choice in music, but they really did test me – acoustic guitars can sometimes sound like pulling teeth, maybe I ask for too much…I don’t think you can create gut wrenching riffs on an acoustic guitar…?  So, as I sat, listening to them, they had a certain sparkle to them, a shine, a notion of surprise. They worked and gelled together effortlessly, it was really entertaining. They’re quite a beautiful band, with meaningful lyrics and soulful qualities – they really interested me and more so, they held my interest.

Another band, which I have dismissed tirelessly, Carnabells, had an amazing turn out at the Cockpit. No, I didn’t much care for the music, as harsh as that sounds, but I’m highly outnumbered with this view. The rock n’ roll vibe which poured out of their set was incredible. Although I may not like it, you can”t dismiss the band themselves. They’re extremely talented which is recognised. Again, great for the music scene – I’m sure I’ll come round.

After a slice of pizza to get rid of the hunger pains, I made my way over to Leeds Met for Black Moth

If you know anything about Black Moth (cough Sam) you’ll know that the party started right there! Their deliverance was flawless, earthy and quite frankly so tantalising my whole body shook with excitement. After a European tour supporting Uncle Acid and the Dreadbeats you’d think the Leeds riffers would be slightly tired, but no. They ripped through the Met, causing some serious internal carnage. Irish alternative rockers, A Plastic Rose were next to flood my ears with riffs, power and strength. I can safety say I tweeted “Just seen my new favourite band @liveatleeds #LAL2014” – did you?

Royal Blood I think it’s pretty hard to be unaware of this bands existence…right? As I stood in the doorway, packed with over a thousand humans all eager to look at the action on stage – the whole of the audience were held by the grip of the throat by the duo. It was an incredible moment. Hello the return of the 2 piece. “I’d like to introduce you to the rest of the band – This is Ben”. They were enticing and enchanting. Holding the audience firmly in their hands – It’s an extremely exciting time for them right now…I look forward to their rise!

The final two bands of my Live at Leeds experience happened to be  I Like Trains and iForward, Russia! at the Town Hall – who’d guessed that eh?. Not only did they perform, they PERFORMED with a vengeance creating tears, I won’t disclose who’s tears though mind – a beautiful ending to a day of ear pulsating.

Until next year, eh. But remember, live music isn’t just for festivals…it’s for everyday!