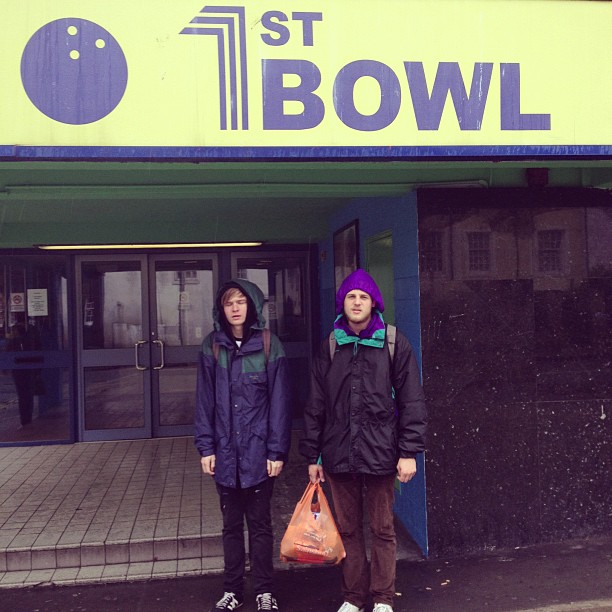 Woo! Once upon a time, emo meant something entirely different to running mascara, power chords and squeals. Pjaro knows best and their fiery EP, Why is no one here?, taps straight into the fountain of dissonance, drinking it all with a crazy straw.

‘Needs parmesan’ opens and it’s a joyful ditty, with some disturbing moments of beautiful feedback, ending in what amounts to amplifiers chirping themselves to death (listen to Failure‘s Fantastic Planet for more feedback artistry). “I’m scared” indeed. ‘Meatrocket_8’ finds the band doing a mathcore track, progressively increasing the tempo while still having time for dynamic detours. The crunching distortion moment is fantastic climax and those drumrolls accentuating the ending are bliss.

‘hey buddy waz up’ feels like a beefed up version of ‘Meatrocket_8’, one that has been left out on the wilderness and came back with 8 wolf hides and a boar for roasting. Swelling in distortion but still maintaining a dissonant atmosphere, it’s as fierce as they come. I wasn’t too keen on ‘street soccer (adam’s song)’, but a few proper listens (i.e. earphones, not the fucking laptop’s speakers) showed me the error of my ways. Selah. It’s a slow burner, that’s fer sure, but it also is a very rewarding song. The freak-out rewards us with more chunky feedback, a fix needed by some of us in our daily lives.

‘creeping up with the cardashians’ is way more entertaining than the show it’s pisstaking its title from. It’s Pjaro knocking out a few pillars around them, Samson-style, waiting for it all to fall into place. It does and the resulting creation may look like a transdimensional shambler from Louisville, Kentucky. Let’s see what they do with it.