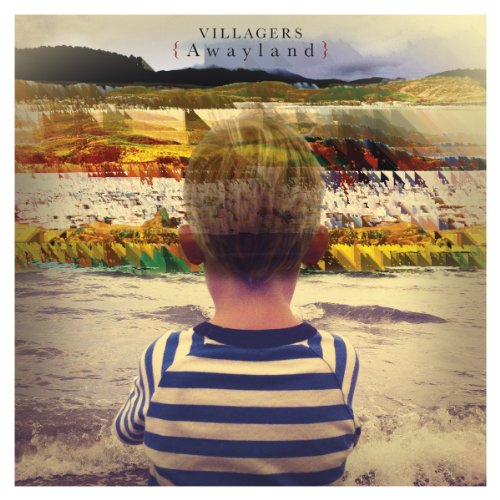 Villagers are new to these old ears. The brainchild of one Conor O’Brien, who has previous convictions with a critically acclaimed e/p and album Becoming a Jackal.

This new album is, as they say, pivotal to the bands progress.

So what can a visitor to {Awayland} expect?

It’s fair to say that this is a complicated affair and deserves thorough investigation. Beginning with a rather folky, delicate and introverted ‘My Lighthouse’ the concept
develops into a bit of a monster blowing away my early suspicions of “folktronica”. Lyrically intriguing and full of big tunes and sleight of hand electronica {Awayland} becomes an ambitious project with depth, light and shade.

‘The Waves’ is impressive and clever and the piano that threads through ‘Nothing Arrives’ is lovely and intense. I find myself sucked into the almost “progressive” construction to the flow of songs,  quite intoxicating ‘The Bell’ being a prime example.

{Awayland} is cinematic in its breadth and vision imploding into a jagged ‘Passing a Message’. Frustratingly the record seems to drag its heels towards the end. ‘Rhythm
Composer’ is an odd way to conclude the affair.

One for your headphones and my overall impression is that this is that the huge sonic landscape and intricate composition is just overplayed. Remember being blown away by Bright Eyes’ Lifted? {Awayland} doesn’t quite reach those dizzy heights but it’s a close call.

{Awayland} is nothing if not ambitious and defies category and O’Brien is blessed with a considerable amount of talent and invention. I hope he hasn’t used it all up here!