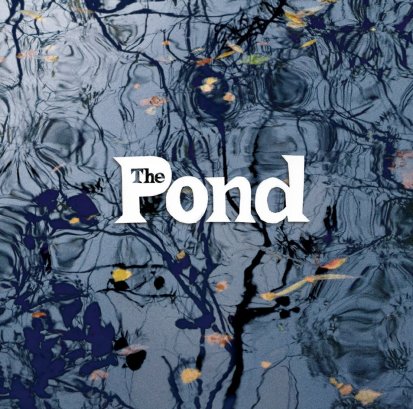 An interesting combination, folk and beats. Kathryn Williams Presents… The Pond is a rather lovely release. 11 songs full of sorrow, happiness and a certain careless feeling towards life, akin to passing time on a lazy day when no work will be done.

The music portrayed in The Pond is delightful. A surreal combination of pop folk with experimental and world music, it’s those extra layers that enhance the performance of the band. From the opening layered voices of ‘Carved’ to the middle eastern sounds of ‘The River’, there isn’t a single track of The Pond that is straightforward.

Let’s focus on ‘The River’. You’ve got a coarse stringed instrument looping accompanying Williams‘ dreamy voice and although the instrumentation will remain on the realm of exotic, loops and beats will barge in and join the procession. It’s moments like this that elevate this album to another level. ‘Circle round a tree’ even brings a fuzzy, chunky guitar and a rap bit. ‘Memory let down’ is simpler, with piano and guitar being the main vocal competitors to the main voice.

‘Bebop’  is a particularly enjoyable song, with its catchy rhythm and quick tribute to ‘Be-bop-a-lula’. For some reason, this track reminds me of Joan Osborne, who is really much more than that song about a God. If I were to compare this album to something from the 90s, it would be Joan Osborne‘s Relish: barring the electronic beats, the experimentation and broadness of sounds is a very lovely coincidence.

The experimental approach isn’t that oblique that’ll you end up with a muddy aural mixture, mind you. There are very straightforward songs (in comparison) in The Pond. ‘End of the pier’ is “simple” but absolutely engaging (and bloody marvellous), with a John Carpenter‘s style synth thrown in just to freak you out (the droning organ adds greatly too!).

The Pond feels like a complex form of pop, not entirely chamber pop but with enough panache to strut around in engaging approaches to music (‘Aim’ is a corker of a track) while still being palatable enough to those wary of the terms “experimental” being bandied about by clueless reviewers (mea culpa!). A versatile and enjoyable album.

This week's #mic #decorations #colinbaker #legojoker and #stalker
#avedeparaiso #flowerstagram
"HEY WHAT explores rugged soundscapes of doom and salvation, intertwined into a brash performance that terrifies and soothes." My review of @lowtheband For @nowthenmag
Haven't had #countchocula in five years. I always imagined #calvinandhobbes chocolate frosted sugar bombs tasted like this one.
#lasagna time
Found an old bottle of wine. Sticker says it was bought in 92. Good flavour.
Loading Comments...