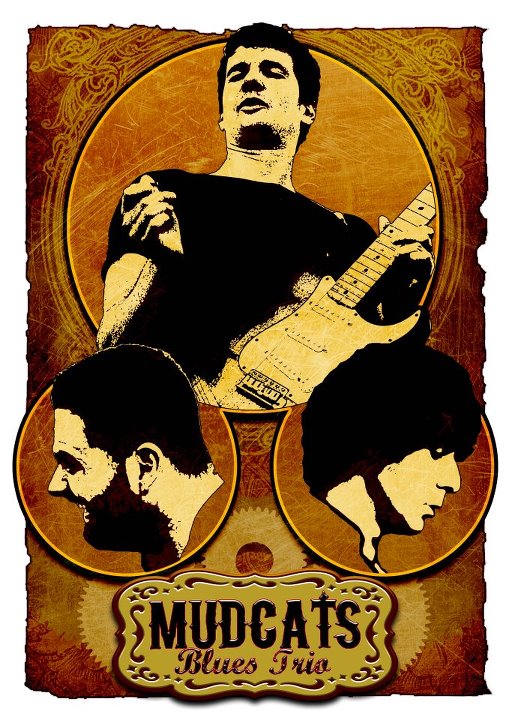 The genre of blues sometimes gets a bad rep (undeservedly, if you ask me). It’s seen as “dad rock”, self-indulgent and played only by a guy whose claim to fame was to share a wife (and solos) with George Harrison. Like any genre, there’s people playing it by numbers and people who scramble the numbers to create Happy Primes and the Fibonacci sequence.

So maybe Mudcats Blues Trio are more into recreational mathematics than straight up algebra. Sure, 50% of The Tesla Recordings are covers, but they are pretty good renditions of classics (check ‘Mannish Boy’, ‘In My time of dying’) and their original offerings aren’t half bad at all, with ‘Blues for Buddy Guy’ and ‘Catfish Blues’ being superb tracks.

‘You don’t love me’ is a great reinterpretation. Gotta admit (with a certain degree of shame) that the version I knew was an infamous dancehall version from 94. Let’s keep the canonic one on this side of the blues scale. Equally ace is ‘Mannish Boy’, originally by Muddy Waters.

What about the originals, you say? Well, ‘Blinded by the devil’ is a sweet grove, ‘Flood water rising blues’ is the soundtrack for my sampling ventures in the River Don and ‘Blues for Buddy Guy’ is both a loveletter and a homage to Mr. Buddy Guy, one of the best wranglers of that beast we call “guitar”.

If any complaint has to be done (and it’s more of a nitpick) is that the album manages to catch half of the energy and passion the band has in their live environment. This is probably more due to the fact that the freedom that blues gives for jamming and improvisation is not always translated into a recording. Solution? Catch them live.

One of the refrains in ‘Catfish Blues’ says “call me a rolling stone”. Let’s just call you an unsung champion of blues and keep rocking those instruments, shall we?