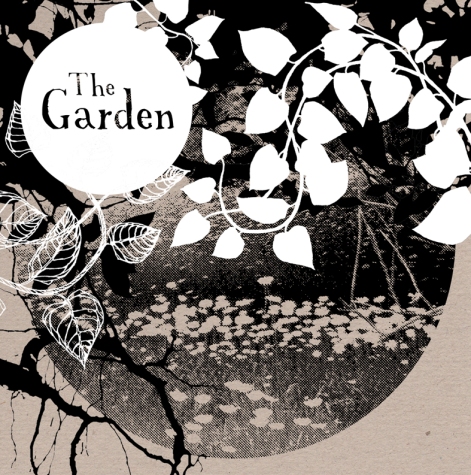 “Lord knows you should be in bed”

Gosh! I’m 10 and they still send me to sleep early? I was allowed to go to sleep at midnight in Tampico, why do I have to go to bed at 10:15 (on the dot) here? I’m still on holidays, school won’t start for a long while and I’m not out, I’m just drawing while the TV shows old garbage.

Still, the next day was going to be hectic. I did make a promise to the gang I would meet them at the church by the forest. Julio said that he found an old book of magic spells in La Lagunilla and we wanted to try it out. Sure, it will probably be just some mumbo jumbo, but still…

11 am on the dot. Julio and Alex are here already, joking about ghosts and daemons. We light some candles while the gentle July breeze relieves us from this horrid heatwave. Julio mispronounces the words in Latin and nothing happens. Figures. They bicker and take turns, reading different pages, waiting for something, anything to happen. I think about just calling it a day, but a fierce gust of wind knocks us all. “I will be your prison cell“, a voice threatened us, in a very soothing manner that made it even creepier. We ran like we’ve never ran before, leaving everything and never looking back.

We thought we’d imagined it, but as the hours passed, strange happenings occurred. A black dog followed us. Our bus broke down. I lost my wallet. Was that one spell real? Were we under the phantasmagoric charms of some unknown entity, hypnotising us like a piece of baroque music, lulling us back into the forest? Even the garden in my house felt like it was now possessed by an unknown entity staring at me at all times.

Julio called me two days later. He had strange dreams of a land far and away, over the hills and beyond. In this land, the weather was cold and rainy, the trees were half-naked in the Summer Solstice and people wore jackets in the Summer. I suggested he stops eating cheese before bedtime. Alex calls me the following day and tells me he dreamt that we were all now cursed by spectres. I try to calm him down, but he is restless.

“You’ve gotta believe me, we are now prisoners in Strange Earth!”

‘In Strange Earth?’ I just hung up and went to the garden. I had to clean up a few hedges as punishment for sleeping late. Grassed out by my own sister Nadia! Imagine that. I was plucking away some weeds when a voice said “You’re not safe here“. It was as clear as crystal, and right by my ear. My heart skipped 3 beats and I ran into the house. My mother said I was as mad as a hatter and gave me some chamomile tea. I doodled that night before going to sleep. Somehow, I ended up drawing the March Hare.

I slept early that night. I dreamt about that far away place, cold in the Summer, where magpies peered at you in an abandoned forest. “You’re not safe” still resonated in my head. Still, it’s a dream, what can happen? As I start to wander in the forest, I try to re-assure myself it’s only a dream. I repeat it to myself so many times…but then I hear it. The sound of impending doom; a mammoth in movement, hunting. I put my ear to the ground, try to guess where the sound is coming from. Oh, God, it’s approaching! I scream when I feel a touch in my shoulder and I go dizzy.

When I regain consciousness, I’m in some bushes. It’s a dark night, it’s drizzling and a pale girl is in front of me. She puts her index to her mouth and with her other hand she points towards a certain direction where there is a bright orange light shining. The light moves and I can faintly hear “something” sniffing and growling. The heavy steps resonate and make little waves in the puddles of water. The girl motions “no” with her index finger and points in another direction, beckoning me to follow.

I follow, and not a moment too soon. The initial sensation of dread I had finally subsided. I know this is only a dream and once I wake up, this will only be a memory that fades with time. She looks familiar, but I can’t place her face or name…wait, 2 years ago, on that camping trip, I wandered off and returned to the camp half a day later. I couldn’t remember what I did nor how I returned.

I really did! Sometimes I think it was a dream, but the line fades…

She turns around, as if she’d read my mind and winks. She probably wants to laugh at me for blushing. We keep walking and arrive in a part of the forest where the plants seem to be shining by themselves, like big, green fireflies. A strange dust falls from the branches, like a thousand points of light that illuminate everything around us.

She says nothing, but a far away melody that I had in my head, created by a guitar, a cello and a sweet voice, all delicately mixed together, started to increase in volume. It brought me peace.

“We are safe and one day, you will meet me again. See that?”

Although everything was so bright, I could see, just behind her, the colours of a fairground. Shades of orange, blue and yellow, creating vortices and spirals, you could hear some screams of joy and jaunty music.

“Julio and Alex will meet someone else and they will be guided here. They won’t remember like you remember me as we’ve met before. We will meet a third time, it will be our final meeting.”

That sounded more ominous than I wanted it to be. Is this dream a nightmare? I was going to say something, but she kept talking:

“Be careful in the choices you take by this path you call life. The book your friend Julio had will appear before you again, many times, and it might either be your downfall or your victory. It all depends on you.”

“Worry not, my friend, when you feel downcast or full of hopeless, think of the lullabies you sometimes hear before sleeping. Those lullabies are others like me, taking care of you. They will not all be nice nor cheery, but they will be honest and heartfelt. They hold the clue of what you should do, if you feel inclined to do so.”

“I will pay attention. What’s your name?”

She smiled again and shrugged and turned around. She started to walk, slowly starting to shine and then she moved through the fair, becoming as luminous as the lights around her, until I could not see her any more.

“Beware the book” I said to myself… beware the book. I started to sing, not realising I knew the lyrics all along. “The secrets of our lullabies“, echoed in my head, as the lights started to dim. I knew I wasn’t safe here any more, so I woke up.

PS: If it doesn’t come across, it’s a very magical EP, slightly quiet and on a grey shade of mood, at times ominous and maybe a lil’ downbeat, but extremely heartfelt and tugging the right emotional chords. Love the cover artwork too. Fave tracks: ‘Too Soon’, ‘Charms’ and ‘Mad hatter’s tea party’.