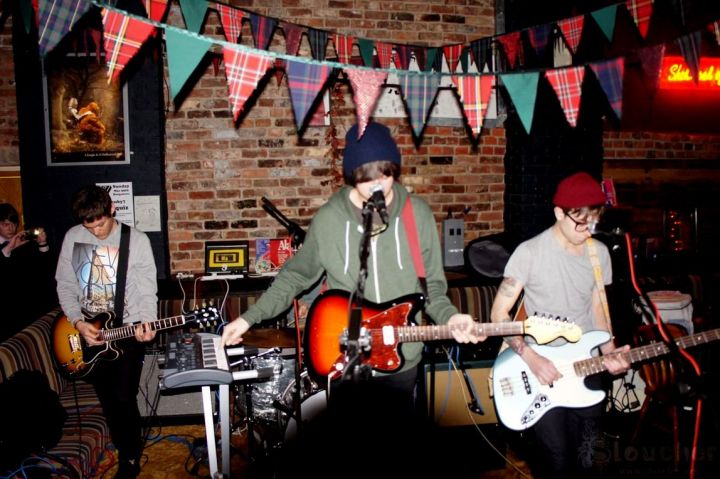 I’m going to be honest with you – I feel as though this write-up shouldn’t exist.

I see gig reviews as the purest way to judge a band or artist. No post-production to hide behind, no re-takes (well, preferably) and various amounts of real-life human beings, right there infront of you, to take into consideration. A good review can cement people’s faith in your abilities, and get others talking about what you could be up to next.

So when the best act of the night, who you’d love to talk up and promote the arse off of, split up mere days after the gig, well… Motivation is scarce.

Montage Populaire, who were preceded by a band stuck in a Muse-esque lyrical rut of latent teenage angst, managed to pin down the 80s zeitgeist that all new bands seem to be going for, and did so with flair.

They had an eclectic smatter of styles, from twee sing-song to disco, with an undercurrent of indie giving them solid grounding; a place to build and adapt their sound around. Would have been a smart move, if they’d stuck it out.

Dancefloor intruders with retro scuzz, faux-horror keyboards and a bass played like rhythm guitar. These bright young hipsters had something going for them. The drummer’s father even came over after their set and explained that they were currently on an mini-tour, promoting their recently released EP. Either he was none-the-wiser, or there was a reason why these grimey Hot Chips off the old block didn’t come over to chat, despite the proud man’s beckoning.

The headline act, Laurel Collective, were phenomenally energetic and full of rugged sunshine and a slither of ska, but they just did have “it”. They clearly had fun, but “it” didn’t jump out at me. This review should have been about them, but as I made clear, it also shouldn’t exist, so rigmarole was always in for a bit of a spin.