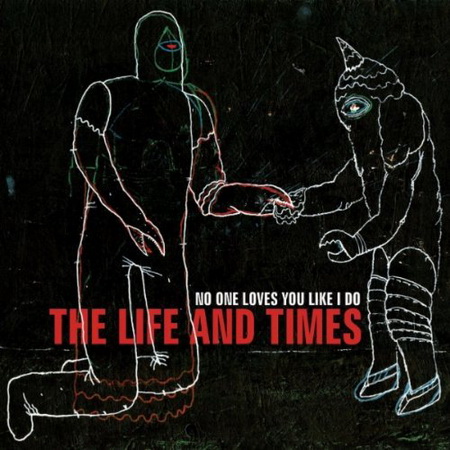 The Life and Times. Just saying the name makes me think of all the emotions flowing through my heart and the images  appearing in my head when I first listened to Suburban Hymns. It was a the same punch that Shiner packed but in a mellower envelope.

It’s safe to say that No one loves you like I do is another magnificent entry in the catalogue of the band. The masterful drumming by Chris Metcalf (the best drummer alive, no doubt about it), the steady, granite-solid bass of Eric Albert and the right choice of chords paired with that voice full of longing from Allen Epley. They are catalogued Space Rock and from the expansiveness of the sounds and the majestic, mesmerising harmonies produced in this release, you finally understand why a genre works for this band.

No one loves you like I do is the sound that the stars shower upon us. With a distant guitar (‘Day Six’), this journey begins. Relish your time as a lost cosmonaut asking for help back home, you’ll remain floating forever in space. The marching bands remembering you will go on a steady pace and the emotions from the crowd will be on display (‘Day one’ – superb bass).

There are three fantastic tracks that are quasars amongst these stars. ‘Day Eleven’ shows why Chris Metcalf is a one of the best drummers. Period. It’s not about being technical, it’s about having an emotion on display while you play and this track has him at his purest. The steady beat, the little fills. If The Life and Times is Space Rock, he’s the pulsar juxtaposed to the black hole created by the heavy emotions collapsing in this song. ‘Day Eleven’ is a continuation (in the feelings it makes flutter in my heart) to ‘Muscle Cars’ (probably just as beautiful).

‘Day Five’, an smouldering track. Easy pace, fantastic atmosphere (a must on all tracks of this album). Lyrics give the name to the album (they are slowly narrated to us with utmost longing) and a heartbeat segues into ‘Day Three’, a freakout track that has the clashing emotion (and remedy) to the sadness brought upon us by ‘Day Five’.

‘Day Ten’ is noise o’clock with thick, majestic atmospheres. The veil laid gently upon your face by the soothing, thoughtful beginning is violently pulled. Like a supernova, the complex emotions explode until nothing remains, just a lonely fade out and  a dual tone beep.

An exhausting ride, No one loves you like I do is an otherworldly experience. The last track (‘Day eight’) is simply beautiful. The elegant acoustic guitar is elegantly escorted by a droning sound that builds until it explodes. It’s those type of moments, those cascades that hit you right in the heart (and inner ears bits) that make you pay attention to this band. A very solid release and easily one of the best albums The Life and Times have given us.