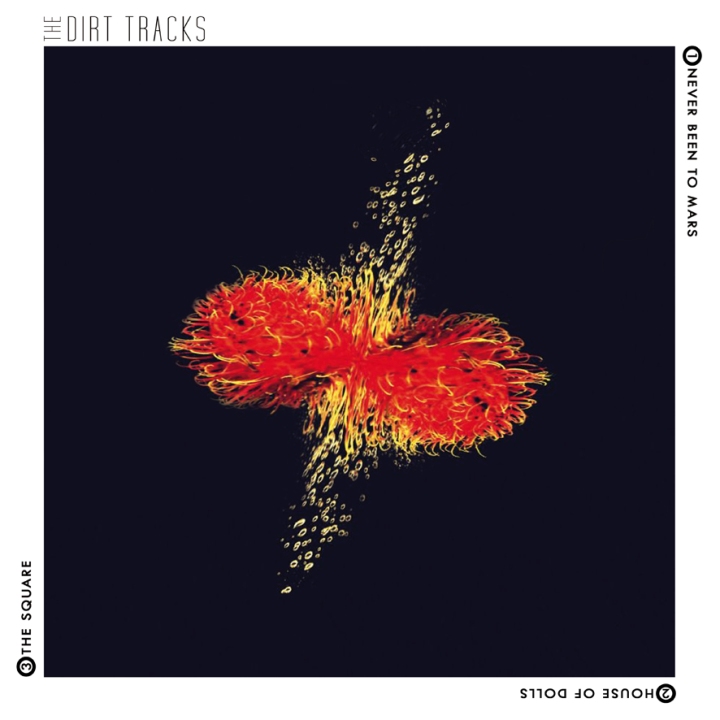 Never been to Mars, the new 3 track EP by the Spanish band The Dirt Tracks is  a strange beast. You listen to it and you wonder when did Rivers Cuomo got himself a side-project.

You also wonder what happens to the band after track #1, ‘Never been to Mars’. It’s a straight Indie rocker with good guitar work but a slightly simple path to follow (nothing wrong with that).

What I’m getting at is: the band seems to have been replaced in both track 2 and 3 with a band that decides that mop-top hairdos and skinny jeans with  winklepickers ain’t gonna cut the mustard and goes experimental and spacey. ‘House of dolls’ is a slow burn that rewards your patience with tempo changes and a musical communion. The solo is pure bliss and the ending is the sobering morning after.

The Dirt Tracks do their craziest on the 6 minute belter ‘The Square’. With a few nods to Radiohead and jazz (take your pick), the band feels like they’ve been building towards this, a point where they are free to have fun without being self-indulgent.

Maybe the first track (which isn’t bad at all) is just the little worm dancing in a hook, waiting for you to bite. Well played then, The Dirt Tracks.