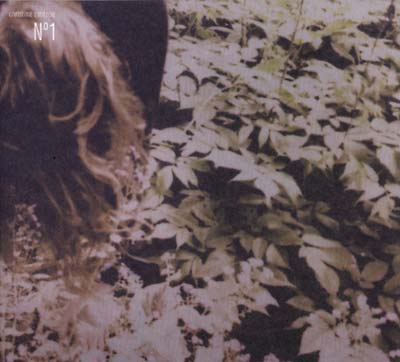 A concept growing in our minds, sounds that need to escape our dreams somehow, so they
will stop haunting our feelings like words we are certain we have never ever listened or spoke before. This kind of music reminds me of that feeling.

Christina Vantzou delivers her first album, titled No. 1 loaded with 10 tracks of pure instrumental sway ready to wake up your capacity to imagine or remember, mixing both electronic and organic sounds in a perfect balance, but sometimes tangling each other.

At first glance, this album would seem the expression of contemporaneous music as it bears undefined structures, but starting from a well defined introduction that slowly unfolds as more sounds are incorporated to the initial structure, almost like ribbons or color straps growing on a canvas. Crescendos are the constant resource in all tracks, used mainly as a transition between random structures.

This seems almost like an empiric approach to music, where instincts take the lead and
abandon all reason and theory behind the integral parts of any art.

At a second glance, we have Christina Vantzou being an artist that has explored most of the categories in the Fine Arts world, and has found now a better expression through the creation and exploration of sounds. This expression certainly evokes the primary part of us, bringing colorful and bright tunes to our heads.

Even when it is stated that is album is an experimental approach to sounds, it is still amazing the way she builds a universal chemistry that brings a quiet atmosphere and feeling of peace, playing with strings that follow a somewhat standard structure in their own voice, as in ‘Super Interlude Pt. 2’. This could be a perfect soundtrack to a movie.

Having song titles that would remind of sculptures or painting, this becomes an auditory
experience of being on a hall in a museum, trying to process and understand everything around us, almost like memorizing all of the information and sensations brought through images.

As we advance through the hall, the light becomes brighter but sometimes gets a contrast
achieved via synthesizers, which would distort the whole vision for a moment. ‘Adversary’
(song 6) is a good example and balance of this use of resources, as the first part presents obscured notes, then brining a second part that feels lighter as it comes clean and almost unprocessed. The highlight as well is the sound of trumpets incorporated, providing a heavenly sensation eventually.

There’s a note of noticed nostalgia in ‘And instantly Take Effect’, which is track 8, giving an
iterative idea changed on the surface with string effects, as the moment to regain our breath and sit quietly.

And then every beginning has an end (or the beginning of another end, etcetera), and this end has been called ‘Joggers’ (track 10), which seals this hall in grand style and sounds like a recap of all of the music explored, a goodbye to the ephemeral art of sounds and math.

I was told once that music is math in motion, but it can also be a ‘living’ proof that Math sometimes can give away reason and become a perfect vessel to express ourselves, and it seems Christina Vantzou knows about this.