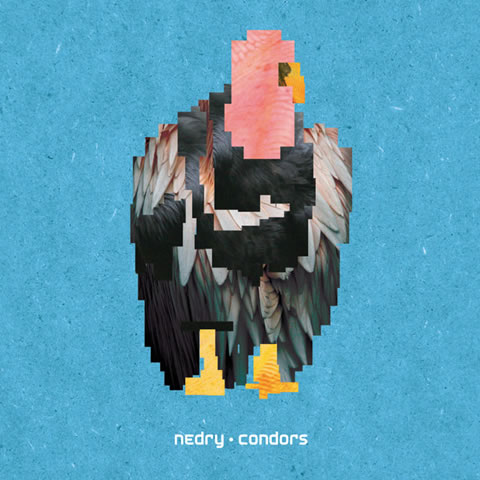 There seems to be a bit of love/hate thing for dubstep as of late and Nedry introduces some trip hop styles with added dub as frosting instead of sponge. Not that their style can be summed up in those two genres (or as a cake analogy, sorry for that), though, as there are some pinches of glitch, ambient and even some post-rock (whoa!) added in.

Lead singer Ayu Okakita has a beautiful, soothing voice, something that adds a layer of tenderness to the sometimes scary moments in the music (see: ‘A42’). The best moment comes probably her tenuous wails are juxtaposed with the curt little sounds (ambient + dubstep) that meld together into ‘Apple & Pears’, a track that begs to be repeated several times until you decide it’s time to stop being mesmerised and give the rest of the album a try.

You’d expect that this formula works all the time and is repeated throughout the album. In a way, it is, but it’s the little variations that make the album. Okakita‘s voice is sampled a few times and electronically manipulated to become another cog in the Nedry musical machine (which also has in its roster the talented pair of Matt Parker and Chris Amblin).

The few moments when the band pops out from the shadows (sneaky trio!), it offers something on the noisier side. ‘Squid cat battle’ sounds like a very bad night turning for the worse. ‘Scattered’ is no walk in the park either, leaving any hints of ambient way back and going into a very noisy (and entertaining) sequence.

The pace slows down after those two monsters  (paired back to back, how dare these people?) and then it’s a welcomed chillout session until the end of Condors. It’s easily one the creepiest/peaceful albums to come out for a while. Why? Because amidst all the calm moments and videogame-like bleeps and bloops, there is something nasty waddling in the back, and waiting it to surface is what really makes Condors a great album.