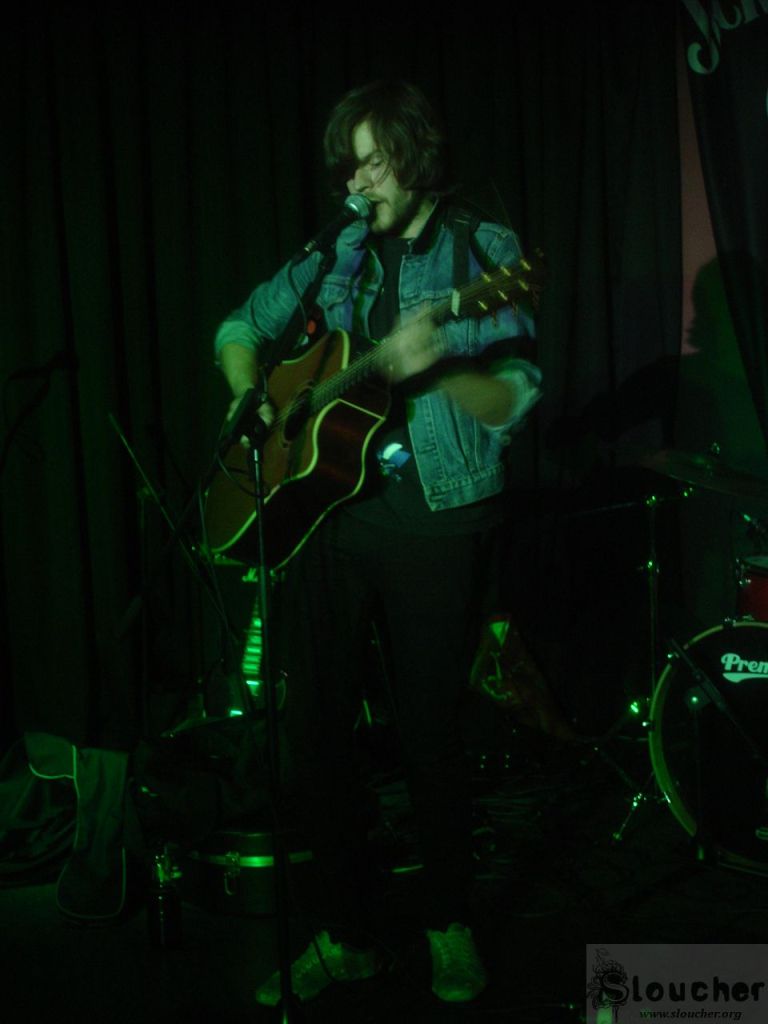 Dan Williamson is a local Sheffield artists armed with a trusty acoustic guitar and some very heartfelt lyrics (including some about football).

The first time I saw him, he was playing his heart out at the White Tent in Sheffield (cheap plug) and then again, a few months later, at West Street Live supporting Cats:For:Peru (again, cheap plug).

Signed to the label Of National Importance and doing constant gigs in Sheffield, Dan Williamson is a great acoustic musician. Although his stuff is pretty introspective, there is a dark sense of humour lying there…