I remember the day. It was the end of March and I had spent the day rambling at Castleton. Was knackered, but still managed to drag myself to The Grapes and catch some good bands. The first one, I knew nothing about, but got an EP from them. It read The Loud and after their set, it was pretty clear why it was called like that. Time passed, the band donated a song for our free mix cd and they managed to get a spot in Tramlines 2010.

The opportunity for catch up and an interview was perfect. I met Pennington (vocals, guitar) and Lee (drums) at Bungalows and Bears for a quick one. With them is their manager Craig and a friend of them.  Matthew (bass) is AWOL as he’s lugging around the equipment, but I’ll meet him later in the patio/cargo bay of The Grapes. They seem quite relaxed before the gig, calmly sipping their pints and smiling.

So, The Loud, how it all started for you? How you met each other?
Pennington Lee: Me and Matthew (bass), we played together in bands all the time since school, we were looking for a drummer and Lee played drums. It just came together like that.
Lee Oxton: We just go back from back then, really. School friends.
PL: We’re all in the same type of music.

Which types of bands do you like? Old and new stuff?
PL: Velvet Underground, Slade, Oasis, a recent band like The Smith Westerns.
LO: Black Rebel Motorcycle Club for me, Black Angels and anything. The Strokes even, Arctic Monkeys to some extent too.

Black Angels, the ones from Passover?
LO: Very good album. They are bringing out the third one in September!
PL: We also like some darker stuff from the sixties stuff too. Some stylish music.

You gave away a free 5 song EP in April and you’ve been playing a lot. Any plans for an album?
PL: Not really, but we’ve been talking about it in the last couple of weeks, what we’re going to do. We’ll be putting another EP, I think, 5 songs again, but do it a bit different, a bit of a jam at the end, a little less structured. Find that sound and just go with it. The EP is going to be called ‘3’, make a big launch. It’ll be based around that number, do three gigs.
LO: We’re looking to release it around October time. Record it in August and look how do we want it to be and how to release it in October.
PL: We’re happy how we did on the last one, so back to that then. 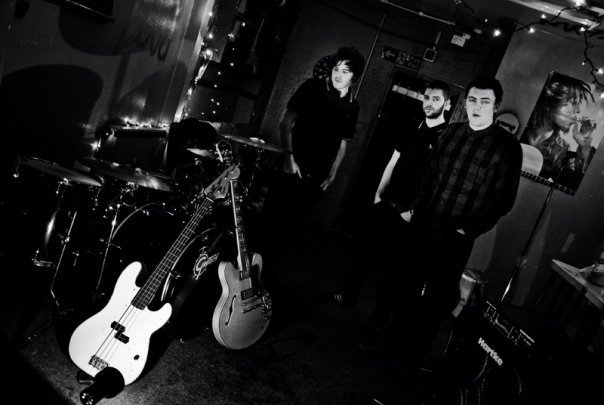 You gave free physical copies and also in Myspace, and both independent and established acts have been giving away songs. How do you feel has it been working out for you?
PL: The reason we wanted to put an EP out wasn’t to make money and all that, it was to raise awareness. We started playing like a year a go, and we played gigs around town but no one knows who you are and no one gives a shit, you know what I mean? We wanted to raise awareness, so, get people to know the name of the band, the songs, put posters around, y’know? Play gigs around, get some momentum behind us. You want to get people to the gig , reach them and have them  talk about the band. There’s this magazine in Liverpool, called Bido Lito, it’s has big designers and reviews and the like. It all comes together, [it] helped raise awareness. We’ll see what happens later with Sheffield, I guess (laughs).

For Lee, this is a question from a drummer friend in Mexico. She wants to know who is your influence as a drummer.
LO: Lots! [Could] make a list… Could I get her email?

She’s single!
LO: (laughs) Ah, I like the drummer of Black Angels, Stephanie Bailey. I went to see them in Liverpool, about six years ago. Got to talk to her after the gig and she’s one of the reasons I play drums. I love that band. Main influence too.
PL: [Our drumkit], it’s like a sixties thing, the double dub snare, stuff like that. That basic setup, we like.
LO: In the venues, we try to keep our gear really simple, we like it that way.

There’s some kind of musical history for Liverpool. How’s the current scene?
PL:  Yeah, there’s quite a few different bands. Everyone’s doing their own stuff. The Sand band are doing acoustic stuff. The Bicycle Thieves are doing their indie rock. There’s not a single scene going on, like when we were raised, there’s a lot of variation.
MF: Hmm, By the Sea, I like. Quite a good band! I saw another band the other day, but have no idea what they were called (laughs).
LO: Back in 2002, you had The Coral, The Bandits and The Zutons, all sounded a little similar. But now you got more styles, everyone sounds different. We are still under one roof, if you know what I mean, but everyone’s doing their own thing.
PL: If you take the history of Liverpool, well, the sixties was great and people still play music from the sixties. We have influences from the sixties, but no one is just re-packaging, you know? We don’t get carried out like that. We have history but not just like, recycle it.

What about the online community? Has it helped you grow out as a band, stuff like Myspace, Facebook, Twitter?
MF: It has helped, yes, quite a few of people.
PL: Myspace is really a bit dead now. I rarely go into Myspace, really. Maybe just for a band to have the list of their songs.  Facebook is taking over, but it’s not my thing.
LO: I think it’s dying out. The best thing is to get your site out and maybe on Facebook get some help from iLike, put your music there. The other one, um, Bandcamp, stuff like that. Places that just focus in music. [Myspace] was great while it lasted, but I think, like Pennington said, it’s dead. It’s changed.

You have a very specific type of singing, do you have any trouble trying to recreate that sound live?
PL: Not really. I try not to sing like anyone. Not like Kurt Cobain sang. The loudest you can sing, you just go just above that, to get passion in a song, that feeling and emotion. I think that’s brilliant, bands like The Walkmen, Julian Casablancas too. Your voice starts to crack when you go too high. It conveys a specific feeling. John Lennon did that, slightly too high, gives it a bit of power.
LO: John Lennon in ‘Twist & shout’.
PL: They recorded that one at the end of the day, wasn’t it? He said “I can’t sing any more”, and then he said “nah, we’ll do it anyway”. After that, he had a glass of milk to cool down. At the end of it, the milk was pink, he was bleeding. That was heavy, you know what I mean? But it sounds good.

This is a blanket question for every single band. We are having a printed edition soon (knocks on wood), so here it goes: what do you think of albums, are they dead or alive? And if they’re gone, will they come back?
PL: If you do an album right, then make it right. If it’s only a collection of, it’s not an album you know?  It needs to tie in. They don’t have to intertwine, but if you do something clever with it, like tying it all together, then it works. If there’s a plan, it shows and sounds to the listener like a band.
MF: It will come back if people do good enough albums, you know? If people who buy them are happy…
Craig (manager, from Hey man management): The way the album is packaged will change over time. People who really appreciate the music, want to keep as a relic of what a great piece of art is.   The album is an art form. In terms of mass consumption, the album is dead, but in terms of a really true, consistent piece of artistic expression in terms of  music, the album will be go on made forever. It’s the best kind of art form. In my opinion (laughs).
LO: An album is like a diary of how a band sounded at the time. As a physical copy, I think it’s great for people to have a copy of the album. I think downloading is taking over, but they can get 10 songs and maybe the message is lost. Physical copies should carry on being made.
PL: Let’s say you downloaded ‘A day in the life’ only from Sgt. Pepper’s and you didn’t listen to the rest of the album. It’s not the same song, you know what I mean? 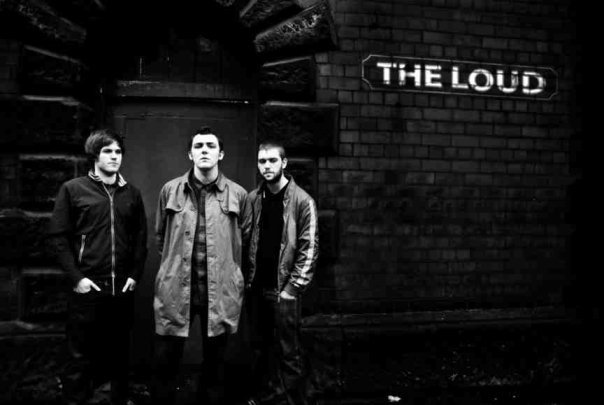 After the interview in a very loud and slightly crowded Bungalows and Bears, the band played at The Grapes, having the hard work to kick-start the Tramlines proceedings in said pub, but still managing to get punters around to find out what was all that distortion raining from the small but intimate stage.

Thanks to all members of The Loud (Pennington, Lee, Matthew) and Craig from Hey Man Management.

Images from The Loud’s Facebook fan page. Thanks to the band for kindly offering them.

Check out Bido Lito if you want to get the skinny on Liverpool’s burgeoning music scene.

Chloe Pattie (that’d be who skillfully took the colour pics!)