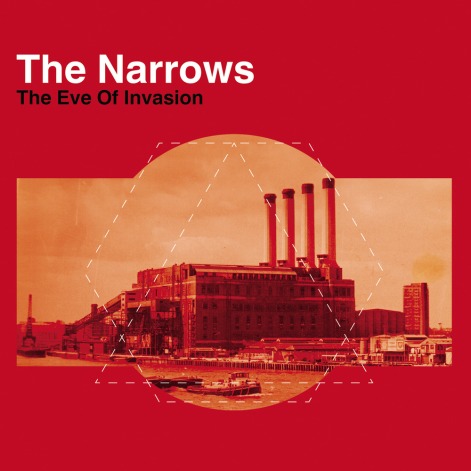 END_OF_DOCUMENT_TOKEN_TO_BE_REPLACED

Did you miss us? Of course not! You are subscribed to our blog and share it with your friends (and enemies), right? RIGHT?

It’s April so you know there’s a couple of important events coming up:

END_OF_DOCUMENT_TOKEN_TO_BE_REPLACED

Greetings, readers who went to Vive Latino 2012 and fell in love at the party pit while being showered by plastic cups containing Cerveza Sol (and if it wasn’t beer, then fúchila)! Welcome to another edition of our “off again, off again, hey it’s on again!” single reviews column. Granted, some of them aren’t singles, but I liked them and made my stupid human collaborators review ’em. A huevo que sí.

This week’s singles come courtesy of Macabre Johnson,  the conspiracy theory nutjob that lives in Weston Park, Sheffield. He keeps telling me that we are being watched with microcameras and microphones in all our gadgets and that we all are being sheepled into believing an alien invasion that is actually holograms projected in the sky. Get Scooby Doo and the gang on the case! Strangely enough, Macabre also makes a cracking cover of Muse’s ‘Dead star’ on the nose harmonica. He even gets Matt Bellamy‘s choirboy-meets-Thom Yorke tone right!

END_OF_DOCUMENT_TOKEN_TO_BE_REPLACED

Greetings, readers drinking decaffeinated fair trade perry (wah wah remix) and nibbling spoons while the boss is singing the latest Coldplay dirge. Welcome to another edition of our “off again, off again, hey it’s on again!” single reviews column. Granted, some of them aren’t singles, but I liked them and made my stupid human collaborators review ’em. Problem?

This week’s singles come courtesy of Electro and his goofball villain persona. Not the gritty Electro that appeared on the Sin-Eater arc of Spidey. That depressed me when I was a kid.

END_OF_DOCUMENT_TOKEN_TO_BE_REPLACED

Escaping from the rain. #dogstagram
Not even halfway done. #hoarders
This arrived on the post today. The extant episodes of #doomwatch, a classic #british #scifi drama. Will probably source clips for my ecology class from here.
La perfección de @cafeandrade
Mi café favorito de #veracruz #coffee
We all bow down to our canine overlords #dogstagram