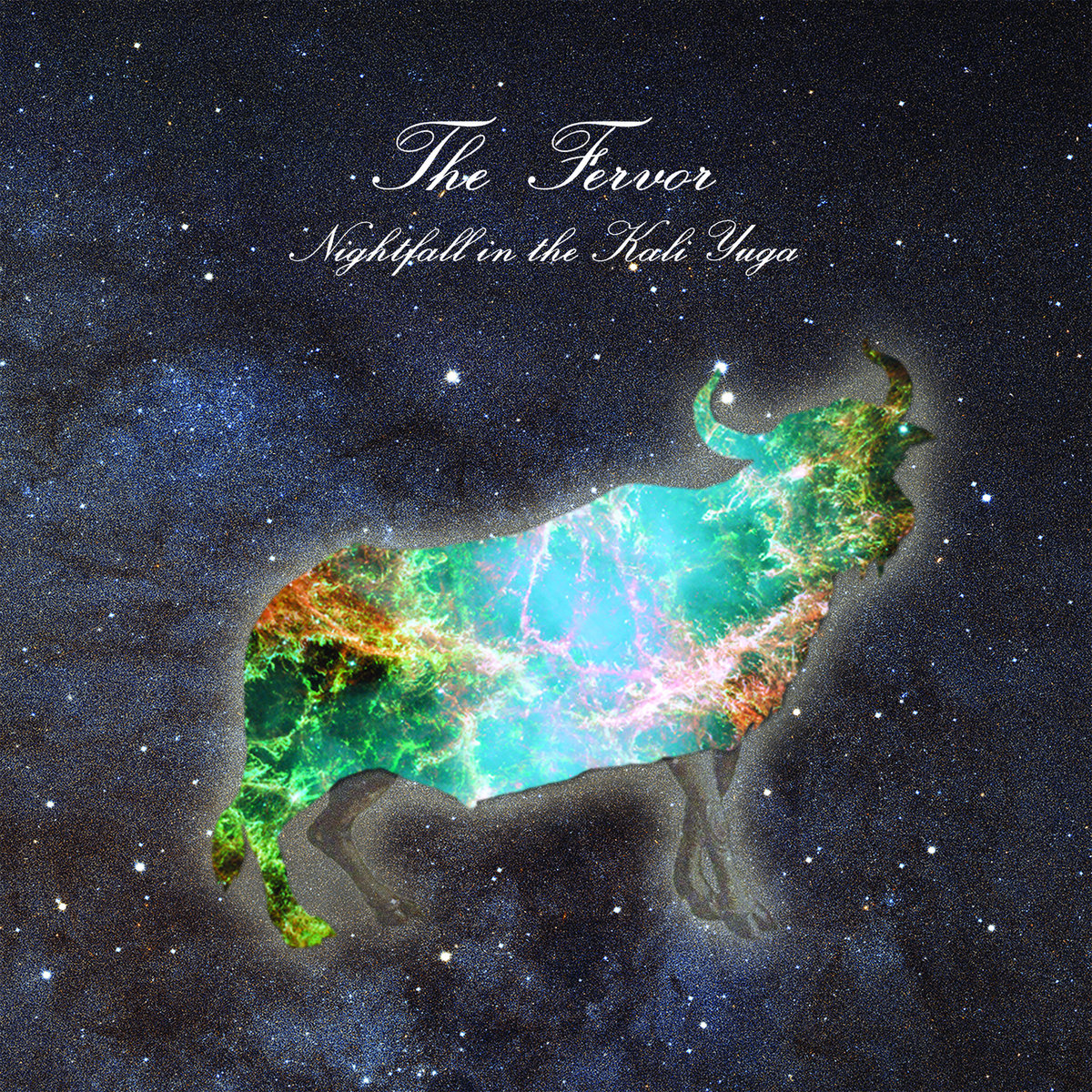 After a five year period of radio silence (barring a re-release), The Fervor are back with a three track EP of Americana goodness. Nightfall in the Kali Yuga is a quick drive through the blue tinted fields, a static buzz far in the distance, signalling a change.

And that change comes in the shape of an EP. ‘Sweet Thing’, a song that combines a rock rhythm with lyrics akin to a riot act being read, clear the mist; a decisive opener that reminds the listener of the band’s penchant for the dramatic and their love of hook-laden music.

‘Power of friends’ is a meditative one, pushing and pulling between a comforting mood and a desperate plea for change. Natalie Felker‘s vocals carry this for an extra mile and the soothing end manages to alleviate the sense of urgency that lingers through. ‘Fearless’ closes the gone-too-soon EP with the primordial sound that The Fervor have developed since Arise, Great Warrior. A meeting point between the classic Americana sound and a sparser flavour of prog, ‘Fearless’ ploughs through, relentlessly screaming, refusing to fade back into the night.

The Kali Yuga is described in the Sanskrit scriptures as “the age of vice” or “the age of the demon”. Many of the apocalyptic things described seemed to be what we see when we turn on the tv or read any news website. Things look bad except for Kali…and The Fervor, in these three tracks that make up for Nightfall in the Kali Yuga, tap into these modern fears.