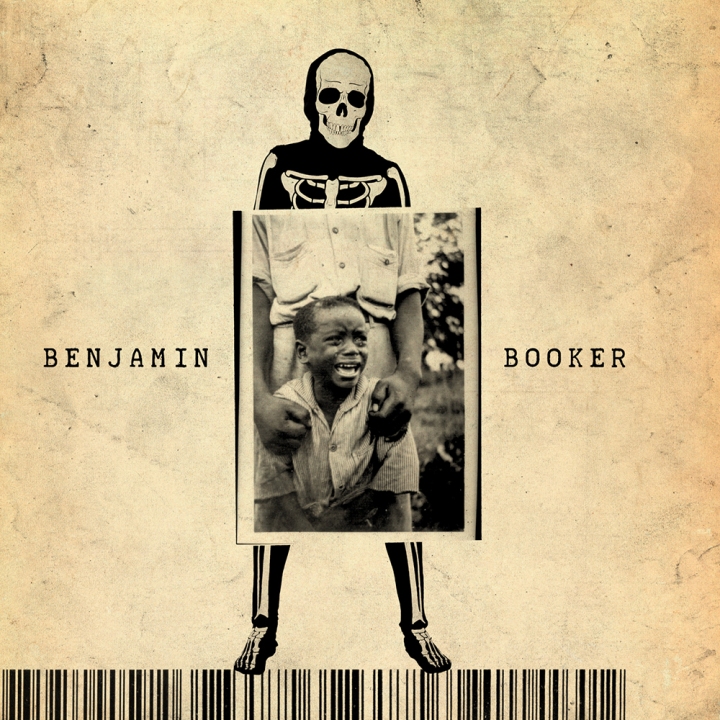 Listen to enough Rock and you start to get little bursts of memories, even from someone completely new to you. We’re all mixed together on this planet, and it has deep roots– same with Rock and Roll. That’s why it’s remarkable whenever all those old elements wedraw from can still feel new. In Benjamin Booker‘s self-titled debut album, the mix is el-guitar, purring bass, limber drums, old-style electric organ and tambourine, with Booker‘s mushed, gravely lyrics. Images include what I guess is still called the Classic Rock era, hinging around the 70s, strong and straightforward craft that you feel as much as listen to. There’s more to Benjamin Booker, though– a good chunk of Rock and Roll bedevils itself by not giving a damn about its lyrics, treating the voice as just another instrument and playing to the old clichés; every song’s theme in Benjamin Booker woke me up. Here I am thinking: damn, this is interesting. It takes a while to cut through some of Booker‘s delivery, a bit muffled in places, not annunciated in the lion’s share of songs, but there’s some real treasure beneath those waves.

The song that comes to mind is one of the clearer-sung ones, ‘Happy Homes’, which I took to be someone lamenting yet another death in this tired world, the narrator saying how “we all end up on the side of the road”, while hoping for something better for both the dead and the living. There’s uncertainty and defiance coupled with a bit of fatalism here, easy to pick up in the riotous anthem ‘Violent Shiver’, and the desperate ‘Have You Seen My Son?’

The tracks that grabbed me tended to be faster, like ‘Violent Shiver’, ‘Chippewa’, ‘Wicked Waters’, and ‘Always Waiting’, but the more languid songs like ‘By the Evening’ and ‘Slow Coming’ bring a cool, middle-of-the-night feel. It may be that the punchier songs tend to be better assisted by Booker‘s usual vocal style, but the stand-out slower pieces see a few different approaches from Booker, and I can’t imagine one of my slower favorites, ‘Happy Homes’, being sung any other way.

I steer clear of others’ reviews before reviewing, but leading up to this writing I did notice a few of the quotes surrounding the album. “Raw” was a word used often, and I used the word more than once in my notes. The acidy instrumental coda of ‘Have You Seen My Son?’ is probably the most rugged, and there are some deliciously frayed edges all over, but I’m not going to lean on “raw”; it may fit some of the tracks, but there’s just as much careful gentleness, both in theme and in the music itself.

While not all tracks got traction in me, the first half feeling stronger than the latter, the more I listen to my favorites the more I’m glad I ran into this album. ‘Violent Shiver’ is deservedly a single, and for full disclosure I found myself humming it while rinsing the dishes a bit ago. Benjamin Booker and his band bring out the roots of Rock; and far from rubbing them raw, they pile on the rich earth, helping Rock grow a bit taller.