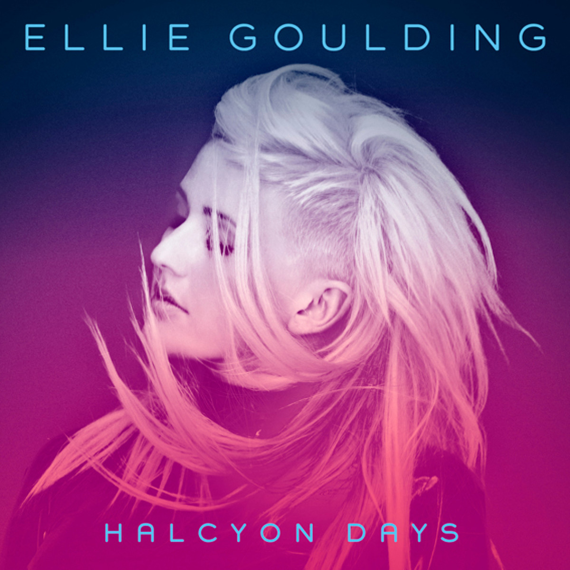 I’ve always been rather fond of Ellie Goulding. In terms of pop starlets, Ellie has always seemed like the quirkier, more sensible sister of Rhianna and Lady Gaga. And while Miley Cyrus is prancing around wearing next to/ completely nothing it is nice to know that Ellie can also get to number 1 in the UK singles chart in a hoodie and a pair of trainers, and look fucking cool while she’s doing it. That, my friends, is how to be a role model in the mainstream music industry. Miley can fuck off.

Goulding first came to prominence back in 2010, when she won the Critic’s Choice Brit Award and subsequently reached number one with her first album Lights. The album was a kooky venture into left-wing electro pop. Follow-up album Halcyon followed a similar, if not slightly darker, theme. Lead single ‘Anything Could Happen’ being the stand-out track, with its swirling, fractured vocals and euphoric chorus. The song was palatably weird. I loved it.

Halcyon has since been re-packaged and re-released as Halcyon Days. What’s the difference? Well, you get more bang for your buck. At 20 tracks I would say a little too much bang. It’s hard to listen to any artist for that long and disappointingly there’s a lot of filler here. Halcyon Days is basically Halcyon plus some extra tracks. Many of the best tracks existed on Halcyon, leading me to question what the purpose of the new tracks are? There is, of course, ‘Burn’, the aforementioned number one single, which saw Ellie step away from the fringes and fully submerse herself in mainstream pop. The song is undeniably catchy, it is also undeniably unoriginal. The same can be said for ‘I need your Love’ co-written and produced with Calvin Harris, the internet went mad over the video; nobody mentioned the song too much. Probably because it is a bit pants.

So basically Halcyon Days appears to have added some very mundane pop tracks to an otherwise interesting and inventive album. The first half of Halcyon Days really showcases Ellie’s songwriting abilities. Opener ‘Don’t Say A Word’ shakes with growling, epic synths and dark melody. Goulding has a truly unique voice. Soft and whispery, but strong and with an emotional bite. She can really sing, and it’s a pleasure to listen to. Particularly on the anthemic ‘Figure 8’ and title track ‘Halcyon’. The latter, an enchanting , acoustic guitar-led, stripped back track, with beautiful harmonies demonstrates Ellie’s ability to vary her songwriting. Lovely.

The future looks bright for Ellie Goulding. A number one under her belt, she’s finally reached the attention of the masses. But I fear that the more unusual elements of Goulding’s music will be lost in the transition. I worry that the hoodies and the trainers are not long for this world. As I write, the internet is discussing whether Ellie should have worn a particular dress for her X Factor performance. Such discussion detracts massively from the fact that Ellie is a very talented singer and songwriter. I’m hoping that her success will not chip away at her originality. Halcyon Days is OK. But if you want my advice, listen to Halcyon, sometimes bigger is not necessarily better.