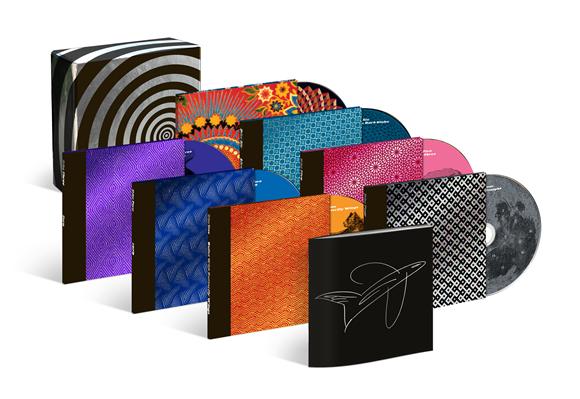 You probably guessed it by now, but if not, let me just say it bluntly: us Smashing Pumpkins fans are a real strange bunch. Like all fanbases, there is a faction that is stuck in past glories, another faction that is quite warm and welcoming about new stuff and another faction that first got laid with (pick any of the following) Rhinoceros/Today/Landslide/1979/Set the ray to Jerry/Daphne Descends/Stand Inside Your Love/Real Love/That’s the way and obsessed over that one track.

We are a fickle bunch. And we got spoiled, massively, due to this. Just like Weezer and Dr. Who, the Smashing Pumpkins fandom will express their love with unbridled passion, for good and bad.

There’s also the fact that Billy Corgan does churn A LOT of music. Riffs, poetic lyrics and half-finished soundscapes that were bootlegged and revered through the ages. There’s the common held belief among Smashing Pumpkins fans that some b-sides are better than the hit singles. If you’ve been to any Smashing Pumpkins gig post-2007, you know this is true (‘Blue skies bring tears’, anyone? That one fucking rocks) as deep cuts and b sides are what the band will play most of the time.

So, a devoted, passionate fanbase and an infamously enormous back catalog of odds, ends and wet dreams (‘As Rome burns’, ‘Spiteface’, ‘Speed’.) Add the wallet-opening power of nostalgia and you get the re-issues. Now, most re-issues normally go for a re-mastering of an album and a couple of odd tracks (see: Pearl Jam.) Not in the case of Smashing Pumpkins. I’m pretty sure there’s a Raiders of the Lost Ark-sized warehouse somewhere and since the Gish re-issue popped by and made a lot of fans happy, some massive gems have appeared. Some of these precious tracks are the mastered versions of songs us megafans have traded for ages (in low quality copies), some are real finds.

In comes The Aeroplane Flies High. For some fucking insane reason, I never bought the original when it was available and ended up buying a very well-worn one in 2006. Sure, I had all of those songs on mp3, but I wanted the ruddy thing. And now, 7 years after that, the re-issue of The Aeroplane Flies High comes out. No longer in that sweet-ass box (my first argument against buying it) but with some sweet extras.

Some of the infamous Gravity Demos are included mostly in the ‘Bullet with Butterfly Wings’ and the final mixes of the tracks is much appreciated. ‘Jackboot’, one of my fave from Gravity Demos, gets a lot of love here, making a punchy affair even if there’s no lyrics. It matters not, it’s a great jam and the solo is a mean one. There’s a few new Gravity Demos, like the amazing ‘Movers and shakirs’, another highlight; a vertiginous 2 minute trip through the apocalyptic wastelands that Smashing Pumpkins can create.

The disc for ‘1979’ has a couple of demos and a very sweet acoustic version of ‘1979’. If this doesn’t sound good, well, I’ll argue that this cd is the one that has ‘Believe’ and ‘Set the ray to Jerry’, two bonafide masterpieces. A good chunk of the Double Doors show is contained Salomonically between the discs for ‘Zero’ and ‘Tonight, Tonight’. It’s a fantastic live set and the fierce ‘God’ and the sweet, melancholic ‘Meladorie Magpie’ are surefire keepers.

Disc number six is called Live inside the dark globe and it’s made up of live performances around the USA. ‘Where Boys Fear to Thread’ is an unrelenting beast live and although ‘Thirty-three’ loses that Baroque Pop feeling of the recorded version, an enormous bucket of sincerity is thrown in this performance.

The beauty of this release is that it presents the monster that Mellon Collie & The Infinite Sadness really is and how it should get a little more love from anyone studying the musical zeitgeist of the 90s. The snapshots included in this mammoth release pretty much describe the first steps and consequences of that double album, from the gentle demos to the band jams, from the songs that survived The Cull that Billy Corgan and Flood did and the b sides that rewarded the discerning fan and finally, the big test – a crowd’s explosive applause.

Now, let’s count the months before THE Pumpkins re-issue that we all have waited for unleashes its beauty : MACHINA / The machines of God. Why? Well, you can read my elaborated rambling here.