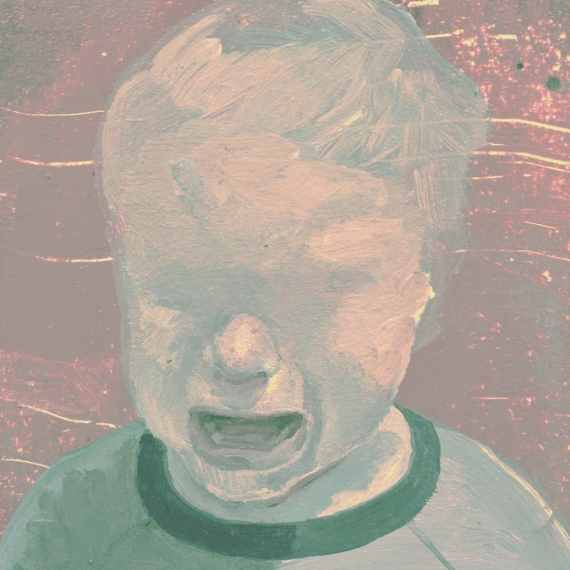 Iceland has always seemed like a special place. Many a band I enjoy come from this place and the new LP by Samaris, Samaris, might be offering another name to the list of Iceland bands I like. Compiling their previous EPs (not available in the United Kingdom), this album has a very chilled-out pace, a combination of glacial electronic ambients, angelic voices and a very mournful clarinet.

With lyrics drawn from the rich past of Iceland, whether it’s poems or old legends, the words gain a whole new level of strength when paired with the lovely music, proving that the boring argument of “music needs ‘real instruments’ to be music!” is just a load of poppycock. The ethereal electronics mix with the earthly clarinet sounds, while Jófríður Ákadóttir‘s vocals feel like a curt breeze that sometimes punches like a gust.  Her voice is as dreamy as Natasha Khan (aka Bat for Lashes.)

The pace is very slow, but it never feels like it will grind to a halt. ‘Hljóma þú’ starts slowly, paddles slowly to build some momentum and then just lists quite relaxingly. There’s very sweet moments, both as easy ambient pieces (‘Viltu Vitrast’) or sweet minimalistic passages (‘Góða Tungl’.) The first heavy hitter in this compilation is ‘Stofnar Falla’, with a definite 80s sound for the synths (think John Carpenter and Jean Michel Jarre), with vocals delivered with a hint of sadness and Áslaug Rún Magnúsdóttir‘s clarinet giving a subtle but poignant feel to the track.

The second half of the album feels more direct. ‘VögguDub’ has a very Northern Lights beat to it, peppered with odd vocal sounds akin to a monster in the distance growling. A spot of drum and bass invades the slow ‘Sólhvörf I’ while the breezy ‘Sólhvörf II’ feels almost like a Moby groove, right out of the B-sides from Play (rather good collection, that one). ‘Kælan Mikla’ is the strongest one and although it also saunters, the layers in this track give it a very warm feel.

There are 4 remixes included in this compilation and it’s up to your stance in remixes how well these fare to you. I think the strongest one is the re-working of ‘Stofnar Falla’, which gives the song a post-apocalyptic feel, with a mournful intro leading the way to a very frantic, jungle-flavoured trip.

If you need some ethereal music in your system, Samaris offers a very tasty album here. It’s a good taster while their debut album drops…