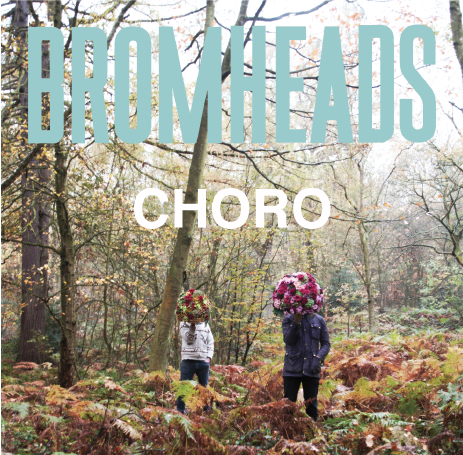 My earliest recollection of name Bromheads (Jacket Removed) takes me wistfully back to my salad days. I was a member of an Aggro Electro Pop outfit (a genre cruelly overlooked) whose ethos centred on an intentional ignorance and festering hatred of our contemporaries. The theory was this would proliferate in the minds of our audience, arousing messianic like reverence for us and what we saw as our crusade against banal, regional, jerk-indie.

Rather disappointingly, Bromheads were on our hit list. Like The Situationists and Manics before us, we quickly realised our shtick wasn’t working, and with the ascension of the Arctic Monkeys to the megastar juggernaut that to this day refuses to resist changes in its forward motion, we were done, Bromheads clearly survived.

So after having such strong feelings without ever hearing a note it was with some excitement I approached Choro, their self-penned, self-produced (in 7 days), self-released, fourth, full-length effort. Were my blind judgements correct? Was I a prophet of my time cruelly ignored? Should we get the band back together?

Right from the off, first single ‘Gonna Let You Melt’, it’s clear my youth was gloriously miss-spent. Written and demoed the night before recording the immediacy hits you as soon as the crunchy guitar riff gives way to flowing chordal pop might, a chorus you wish you’d written later and we’re off; a great opener that recalls the best of Graham Coxon’s output.

Stand outs for me are ‘Winnebago’, ‘T-Shirt’ and ‘Harlot’ but it’s virtually impossible not to let the whole thing play out in one gloriously concise act. The lyric sheet may not win a Pulitzer prize for literature, but prose is not required here, and  I would have liked the drums to be more present but I’m not going to mark them down for that either.

The band’s stated aim was to “capture that excitement you get in the practice room when you first play a song together that’s only just been written. If there’s mistakes so what? The idea was to capture the rawness and energy you get from playing something new”. With Choro, Bromheads have achieved this noble aim, and in doing so force me to beg for forgiveness.