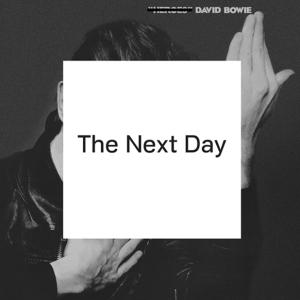 Well I guess somebody at Sloucher has to do it.

When, to universal acclaim,  David Bowie released the single ‘Where are we now’, everyone seemed to have multiple orgasms, including the BBC Breakfast sofa inhabitants and the Sky News Desk.

Bowie is back, big news, and culturally, not just relevant, but really back. The broadsheets love Bowie again, trendy journalists cream reviews that pour plaudits over the “new” album,  The Next Day. “I’m just watching this paint dry” was my uninformed viewpoint on the single.

Suddenly invitations to trendy parties dried up and on entering a bar people stopped talking and moved away casting furtive glances in my direction. Cynical? Me?

The Next Day streaming on iTunes. I just had to listen.

So, to a man who grew up with Mr. Jones and when asked for his favorite Bowie Record answers Low and wishes he had chosen Aladdin Sane or Station to Station and despaired over every Bowie “comeback” record since Earthling, how does The Next Day actually sound?

D’ya know what? Its fucking ace. Read all the lavish reviews. They are right, I was wrong – ‘Where are we now’ sits perfectly in the track list and sounds fine. Modern, cool, crisp and intelligent with the odd glance over the shoulder into the past is this the greatest ever “comeback” album? Well, probably. My question is “did he ever go away”?

Balls out rock (‘ The Next Day’) and sleazy funk (‘Dirty Boys’), a Bowie earworm ‘The Stars are out tonight ‘, after these three tracks you know you have an exceptional record in your hands. The clever bit is the quiet references to the Bowie history books that make you prick up your ears. It might be a guitar lick from the Scary Monsters era or some ‘Diamond Dogs’ backing vocals but always that sense of otherworldliness. ‘Loving the Alien’? You bet.

Wait a moment, ‘Valentine’s Day’ echoes of ‘All the Young Dudes’? All killer no filler (I always wanted to say that.)

Seriously folks, 10 years silence, top secret sessions and then BAM!! ‘Starman’? Not half!..

If you are, God forbid, unfamiliar with Bowie’s classic back catalog, check them out and then listen to this, the future is bright, the Man Who Fell to Earth just got resurrected.