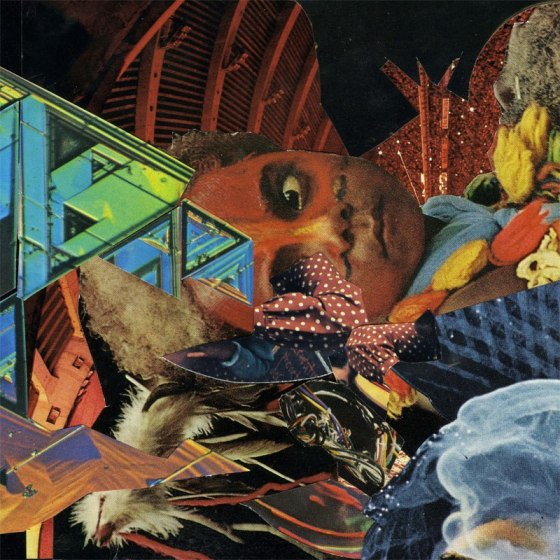 A lone figure walks late at night in the dimly lit streets of the Miskatonic University. Pulse races, a fidgety demeanour and an eerie voice in his head.

He collapses and drools without managing to stop. The next morning, it has no memory of any of the incidents, but knows that has been to a strange, far away place, where creatures with no form roam since times unknown.

So goes any day in the Chtulhu mythos when the uninitiated go and venture into hithertho unknown lands and this imagery feels reflected in the experimental landscape that Humanfly has built in Awesome Science. A 6 track journey where the band has transported from their heavier riff & scream fields to a sprawling, engaging land far away. Maybe The Dreamlands or Yoggoth. It matters not, the enormousness is staggering and mindboggling.

This is as far as a band can get from their previous release without watering down their essence or pulling a Cornell (aka doing a shit dance album with Timbaland). ‘Golden Arrows’ deceptively hints to a slow groove hard rock album and that could be the truth for 2 minutes or so. Then the band says “fuck it, let’s take some names” and between some heavy riffs, wah wah effects, tasty drum rolls and a persuasive bass line, it shoots into space.

It never comes down.

‘A majestic story’ goes for some jazzy experimentation, there might even be some flute thrown around there, just to add the extra layer to this treat. A jazz that goes into a good callisthenics regime of headbanging and poundfisting by the end with a thoroughly satisfying heavy instrumental breakdown.  ‘The Apple that never fell’ is probably the most beautiful 9 minutes of hard rock that I’ve heard this year; experimental, creative and with enough hills, dips and loops to satisfy the aural rollercoaster enthusiast.

Mind you: this is not as experimental as it will alienate Joe Q. Public, but it’s not album for everyone. It will require your attention. Just because it’s instrumental it doesn’t mean it’s muzak. It’s loud. It’s engaging. It’s emotional and it’s quite cathartic. ‘The Armour of science’ is 14 minutes of pure spacey prog madness and I feel strangely relaxed once it’s over.

Some fucker said a few years ago that guitar music was dead and buried. Then someone else said it wasn’t and that it was alive and kicking. I think it goes back and forth through portals around town (well, let’s say  music is a town.) Sometimes, it comes back crazed by the experience. Sometimes, it comes changed for the better, with the wisdom from an otherworldly experience gained. In the case of Humanfly, they’ve gone and brought a madness gift that they can’t wait to share with everyone. Lend it your ears.