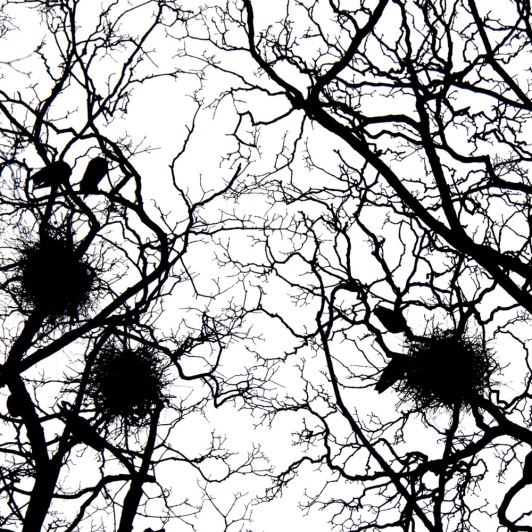 Melancholy is the name of the game in Mercury State, the sophomore album by Daniel Pearson. While he never was one for the cheerier side of life, this rock & roll album certainly feels as stark as its front cover.

It might be subject matter of most of the songs, mostly dabbling on the troubled times we experience. It might also have to do the barely present drumming. Indeed, there’s barely any earth-like sounds, it’s all mostly guitars (overdubbed, layered) and the occasional drumbeat (‘Hard times’, ‘Promises’). The rest, well, it’s a very air-like record. ‘Factory floor’ opens and like the introductory chapter of a novel (“I spent 15 years on a factory floor”) sets the mood, with the dark cloud of unemployment hovering in the horizon.

“It’s a hard race to run / when you’re running out of time” seems to be one of those pearls of wisdom you get later in life, and it makes the slow groove ‘Rat race’ even better. Good lyrics, a sparsely strummed guitar (with a nice chorus /echo effect) is all you need in this introspective track. Ending made me think of Fight Club‘s “the things you own end up owning you” creed.

While songs keep the brooding atmosphere of a low lit bar in Middle America (‘I still believe’), there’s the spot of good ol’ Rock And Roll (‘Promises’). ‘I still believe’ is a rather good one about the passage of time, feels a bit Roy Batty too. There’s a clear love for American music all around and ‘All is not lost’ would be a good one for those winding roads in Texarkana. Easily my fave of the 9 tracks you’ll get.

As far as I can remember, Americana rock has stuck up with the bluecollar (both the literal and the proverbial). It is the equivalent of a socially conscious hip hop track, like Grandmaster Flash used to drop. Mercury State is a document of a not too bright moment in the history of humanity. Let’s hope there’s a light at the end of the tunnel. In the meantime, we have this album to keep us company.

Flooded roof. This was about a minute after unclogging the gutter.
Chicharrón en salsa verde
Sandwiches?
Escaping from the rain. #dogstagram
Not even halfway done. #hoarders
This arrived on the post today. The extant episodes of #doomwatch, a classic #british #scifi drama. Will probably source clips for my ecology class from here.